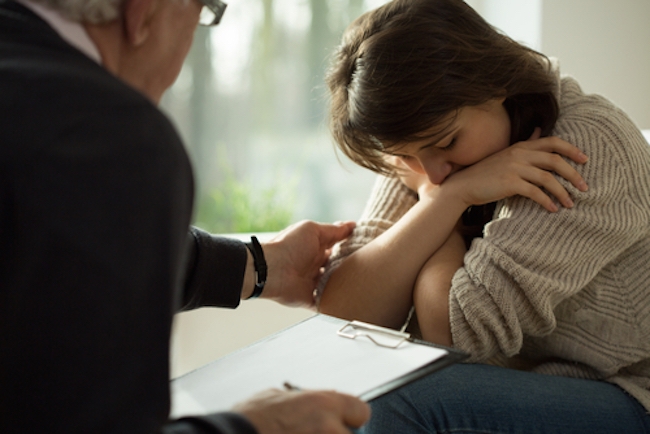 After losing a loved one, it’s healthier to freely express your emotions, a new study indicates.

“There has been work focused on the link between emotion regulation and health after romantic breakups, which shows that distracting oneself from thoughts of the loss may be helpful,” says principal investigator Christopher Fagundes, associate professor of psychology at Rice University. “However, the death of a spouse is a very different experience because neither person initiated the separation or can attempt to repair the relationship.”

The researchers surveyed 99 grieving spouses to assess how they were coping with the loss. Specifically, participants rated, on a scale of 1 to 7, how closely they agreed with statements about certain coping strategies. For example, they were asked to agree or disagree with a statement saying, “When I’m faced with a stressful situation, I make myself think about it in a way that helps me stay calm.”

Meanwhile, they had their blood drawn so the researchers could measure the levels of inflammatory markers called cytokines.

“Bodily inflammation is linked to a host of negative health conditions, including serious cardiovascular issues like stroke and heart attack,” Fagundes says.

The researchers determined people who generally avoided expressing their emotions suffered more bodily inflammation than those who expressed their emotions freely.

“These findings really highlight the importance of acknowledging one’s emotions after the death of a spouse rather than bottling them up,” Fagundes says.

“The research also suggests that not all coping strategies are created equal, and that some strategies can backfire and have harmful effects, especially in populations experiencing particularly intense emotions in the face of significant life stressors, such as losing a loved one,” adds Richard Lopez, an assistant professor of psychology at Bard College and lead author of the study.

Future work from the Fagundes laboratory will examine the characteristics of people who do not have the considerable and prolonged physical and mental health problems at six months and 12 months following the death of a spouse.

The researchers say expressing emotions immediately after the loss may promote better physical and mental health outcomes; however, after a certain amount of time has passed, if one is still doing so, it may reflect severe and prolonged mental and physical health problems, they say.

The study appears in the journal Psychosomatic Medicine. Additional coauthors are from Rice University, Penn State, and the University of Texas MD Anderson Cancer Center. The the National Heart, Lung, and Blood Institute funded the study.