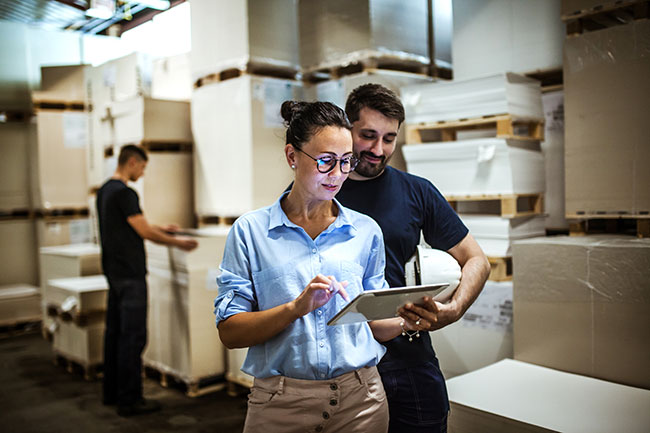 A new study is the first to identify which risk factors are more likely to trigger a heart attack or acute myocardial infarction for men and women 55 years and younger.

The researchers discovered significant sex differences in risk factors associated with acute myocardial infarction (AMI) and in the strength of associations among young adults, suggesting the need for a sex-specific preventive strategy. For example, hypertension, diabetes, depression, and poverty had stronger associations with AMI in women compared with men, they find.

While heart attacks are often associated with older adults, this population-based case-control study examined the relationship between a wide range of AMI-related risk factors among younger adults. The researchers used data from 2,264 AMI patients from the VIRGO (Variation in Recovery: Role of Gender on Outcomes of Young Acute Myocardial Infarction Patients) study and 2,264 population-based controls matched for age, sex, and race from the National Health and Nutrition Examination Survey (NHANES).

Rates of AMI in younger women have increased in recent years, says Yuan Lu, an assistant professor at Yale School of Medicine and the study’s lead author.

“Young women with AMI are an unusual or extreme phenotype on account of their age,” she says. “In the past, we found that young women, but not older women, have a twice higher risk of dying after an AMI than similarly aged men. In this new study, we now identified significant differences in risk factor profiles and risk factor associations with AMI by sex.”

The researchers used analysis of population attributable risk to measure the impact of different risk factors at the population level. The study finds that seven risk factors, many potentially modifiable, collectively accounted for the majority of the total risk of AMI in young women (83.9%) and young men (85.1%). Some of these factors—including hypertension, diabetes, depression, and poverty—have a larger impact on young woman than they do among young men, Lu and her colleagues find.

“This study speaks to the importance of specifically studying young women suffering heart attacks, a group that has largely been neglected in many studies and yet is about as large as the number of young women diagnosed with breast cancer,” says Harlan M. Krumholz, professor of medicine at Yale, director of the Center for Outcomes Research and Evaluation (CORE), and senior author of the paper.

Raising awareness among physicians and young patients is a first step, researchers say. National initiatives, such as the American Heart Association’s “Go Red for Women” campaign, should expand to increase awareness about cardiovascular disease risk in young women, they say.

Health care providers also need to identify effective strategies to improve optimal delivery of evidence-based guidelines on preventing AMI. For example, a risk prediction tool for individual patients could help physicians identify which individuals are most at risk and develop treatment strategies.

Accounting for AMI subtypes may also be effective. The researchers found that many traditional risk factors including hypertension, diabetes, and high cholesterol, are more prevalent in type-1 AMI, whereas different AMI subtypes—including type-2 AMI (a subtype associated with higher mortality)—are less common.

“We are moving more towards a precision medicine approach, where we are not treating each patient the same, but recognizing that there are many different subtypes of AMI,” Lu says. “Individual-level interventions are needed to maximize health benefits and prevent AMI.”

The study is among the first and the largest in the United States to comprehensively evaluate the associations between a wide range of predisposing risk factors and incident AMI in young women and a comparable sample of young men. The study design also included a comparable population-based control group from the National Health and Nutrition Examination Survey, a program to assess demographic, socioeconomic, dietary, and health-related information.

A longitudinal study is traditionally used to assess AMI risk in younger populations. Because the incidence rate is low in young people, however, it takes a long time for the disease to manifest. So researchers often don’t have enough AMI events to make inferences about risk factors and their relative importance in young women and men, says Lu.

“Here we used a novel study design with a large cohort of patients with AMI and then we identified age-sex-race matched population control from a national population survey to compare this with, and we used a case-control design to evaluate the association of these risk factors with AMI,” says Lu. “This is one of the first and largest studies to address this issue comprehensively.”

In the United States, hospitalization rates for heart attacks have been decreasing with time, according to research in the journal JAMA Cardiology.

Lu emphasizes the importance of education. “When we talk about heart attack in young women, people are often not aware of it,” she says. “If we can prevent women from having heart attacks that will improve outcomes.”

Raising awareness about the incidence of heart attacks in younger women is a key part of the strategy, she says. The next frontier of cardiovascular disease prevention in young women could be better understanding the role of women-related factors.

Previous studies have shown that women-related factors may be associated with risk of heart attack, but there are limited data on women under the age of 55. “We hope to explore women-related factors including menopausal history, pregnancy, menstrual cycle, and other factors that are specifically related women and analyze whether that’s contributing to the risk of heart attack,” she says.

Coauthors are from Stanford University; the University of California, Los Angeles; and Ascension Healthcare. The VIRGO study had funding from the US National Institutes of Health.