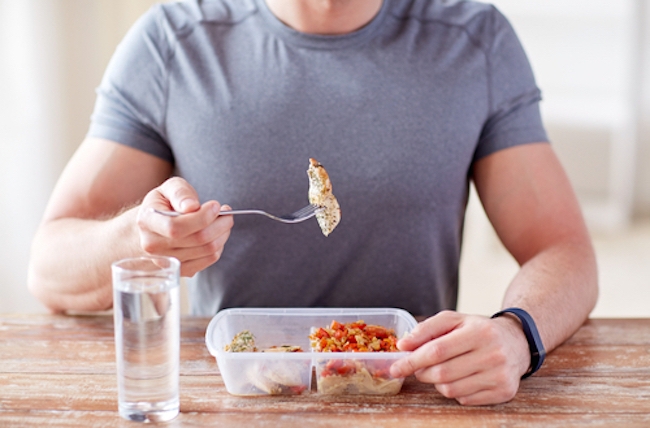 People who have a healthier diet throughout their adult lives are more likely to be stronger and fitter in older age than those who don’t, according to a new study led by the University of Southampton.

Scientists from the University’s Medical Research Council Lifecourse Epidemiology Unit (MRC LEU), in partnership with colleagues at the MRC Unit for Lifelong Health and Ageing at UCL, looked at the dietary patterns of a group of 969 British men and women whose lifestyles have been monitored since they were born, in March 1946.

The study, published in The Journals of Gerontology: Series A, is one of the first to look at the long-term benefits of healthier diets across adulthood for physical function in older age. It showed that those who ate more fruit, vegetables and wholegrain cereals, and fewer highly processed foods, across adulthood performed better in the three tests of physical function in older age.

In addition, the study found evidence of better performance in two of the measures (chair rise speed and standing balance time) among participants whose quality of diet had improved across adulthood.

Lead author Sian Robinson, professor of nutritional epidemiology at the University of Southampton, said: “Improving the quality of your diet can have a beneficial effect on health whatever your age. However, this study suggests that making good dietary choices throughout adulthood – by cutting down on highly processed foods and incorporating more fruit, vegetables and whole grains into your diet – can have a significant beneficial effect on strength and physical performance later in life, helping to ensure a much healthier old age.”

Professor Cyrus Cooper, director of the MRC LEU, added: “The link between dietary patterns and frailty in older people will open the door to effective interventions against the age-related decline in musculoskeletal function which is such a growing cause of disability in ageing populations worldwide.”

The participants’ physical function was tested at age 60-64 with three standard tests: the time taken to perform ten chair rises (rising from a sitting to a standing position and back down again); a timed up-and-go test (the time taken to rise from a chair, walk three metres at normal pace, turn around, return to the chair and sit down); and a standing balance test (the time a participant could stand on one leg with their eyes closed up to a maximum of 30 seconds).

The study was funded by the Medical Research Council.