January 10, 2022
By University of California - Berkeley

January 10, 2022By University of California - Berkeley 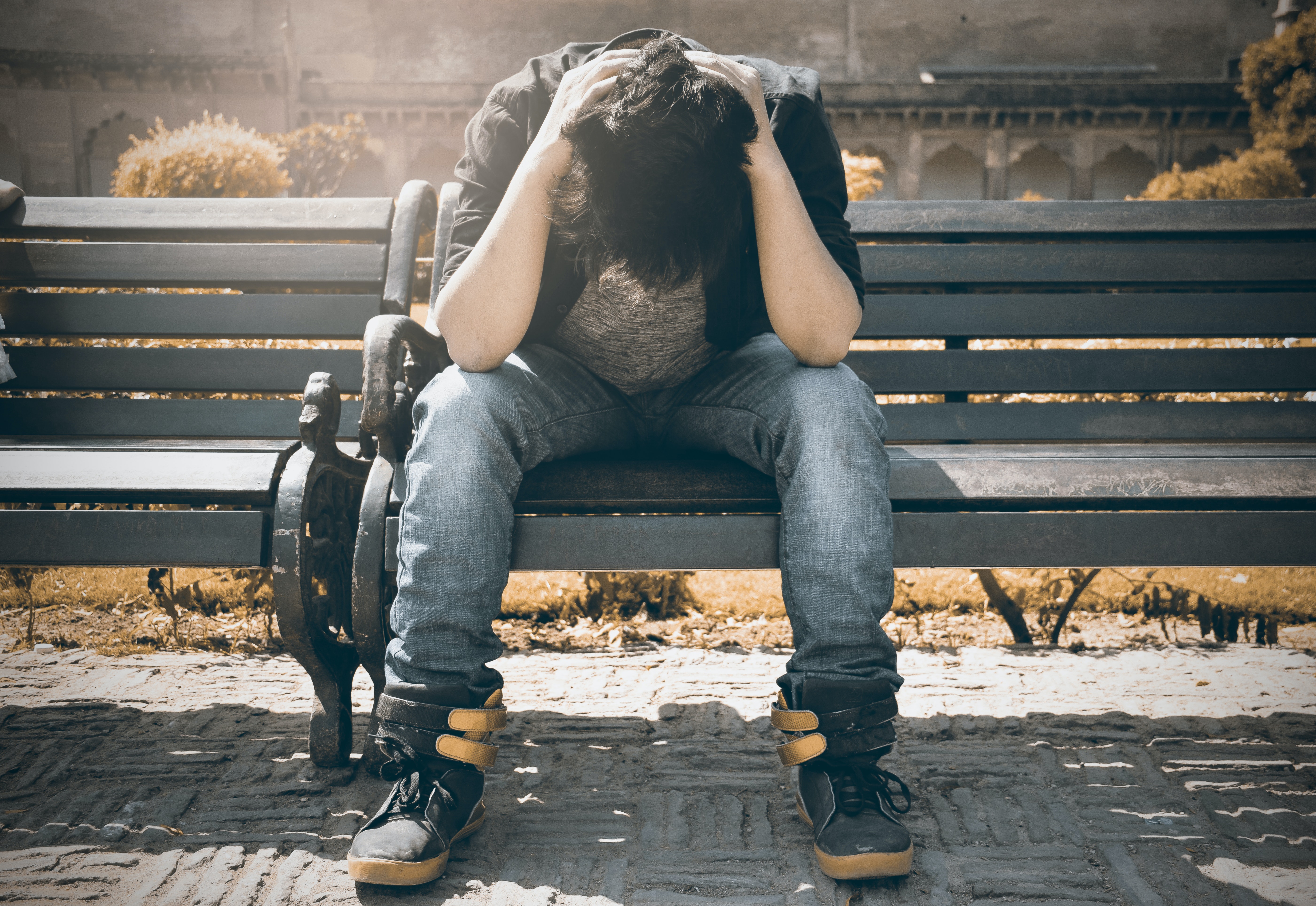 A recent study links anxiety behavior in rats, as well as post traumatic stress disorder (PTSD) in military veterans, to increased myelin — a substance that expedites communication between neurons — in areas of the brain associated with emotions and memory.

The results, reported by scientists at the University of California, Berkeley, and UC San Francisco (UCSF), provide a possible explanation for why some people are resilient and others vulnerable to traumatic stress, and for the varied symptoms — avoidance behavior, anxiety and fear, for example — triggered by the memory of such stress.

If, as the researchers suspect, extreme trauma causes the increased myelination, the findings could lead to treatments — drugs or behavioral interventions — that prevent or reverse the myelin production and lessen the aftereffects of extreme trauma.

Myelin is a layer of fatty substances and proteins that wraps around the axons of neurons — essentially, the insulation around the brain’s wiring — to facilitate long-distance transmission of signals and, thus, communication between distant areas of the brain. The inner regions of the brain look white — in fact, they are referred to as “white matter” — because of the myelin encasing the many large bundles of axons there.

But the new study finds increased myelination of axons in so-called “gray matter,” where most of the cell bodies of neurons reside and most of the wiring is less insulated with myelin. The extra myelination was found primarily in areas associated with memory.

Researchers at the San Francisco Veterans Affairs Medical Center conducted brain MRI scans of 38 veterans — half with PTSD, half without — and found an increase in myelination in the gray matter of those with PTSD compared to that seen in the brains of those not suffering from PTSD.

Colleagues at UC Berkeley, meanwhile, discovered a similar increase in myelination in the gray matter of adult rats subjected to an acute stressful event. While not all rats showed long-term effects from the stress — just as not all traumatized veterans develop PTSD — those that did had increased myelination in specific areas of the brain associated with particular symptoms of stress that was identical to what UCSF physicians found in veterans with PTSD.

“The combination of these studies in rats with our population of veterans with post traumatic stress disorders is, to me, really exciting,” said senior author Dr. Thomas Neylan, director of the Posttraumatic Stress Disorders (PTSD) Clinic and the Stress and Health Research Program at the San Francisco VA. “At least it’s another mechanism to think about as we develop new treatments. If we see enduring ability to shape myelin content in an adult brain, maybe treatments will help reverse this. That’s where we want to go next with this.”

People — and rats — vary in their response to stress

The correlation between the symptoms and the region of myelination was discovered because UC Berkeley researchers subjected the rats to a battery of more than a dozen tests to assess their specific behavioral response to acute stress.

“We understand that there’s a lot of individual variation in humans, but with rats, they’re genetically identical, so you think when you expose them to stress you’re going to get the same response,” said senior author Daniela Kaufer, UC Berkeley professor of integrative biology. “But the response is extremely variable. They sort of fall into groups, such that some are really resilient, and some are vulnerable. And the ones that are vulnerable are vulnerable in different ways: Some show avoidance behavior, and some show fear learning problems, and some show startle responses that are exaggerated.”

According to Neylan, similar individuality is seen in people with PTSD. The new study suggests that the specific symptoms are related to which areas of the brain are being newly myelinated.

“There’s a lot of heterogeneity across different people with PTSD; it’s not one size fits all. Every PTSD patient generally has a mix of different symptoms,” said Neylan, professor-in-residence in psychiatry at the UC San Francisco Weill Institute for Neurosciences. “Some people are very avoidant. Some people are very hyperreactive. The idea is that if you can show that these different symptom clusters have different neural circuitry, it might actually lead us closer to subtyping people in a way that we could be more targeted in our treatment.”

The researchers, who published their results in December 2021 in the journal Translational Psychiatry, show that stress produces more of the brain’s glial cells, called oligodendrocytes, which wrap around the axons of neurons and make the myelin. The increased myelin produced by these new oligodendrocytes could affect the speed of connections between neurons, making some connections hyperresponsive.

“In the gray matter of your cortex, most of the dendrites and axons — the projections that come out of the neurons that help establish communications with other neurons — can form thousands of connections, and most of them are unmyelinated,” Neylan said. “But if experience leads you to start to lay down myelin to strengthen certain connections, let’s say your ability to respond quickly to a fearful stimulus, you can speed up that circuit, but you lose the kind of broader adaptive flexibility that you normally would have with mostly unmyelinated axons and dendrites. People with PTSD become almost like a one-note musician — they really know how to respond to fear. But that enhanced, quick response to fear may diminish their adaptive flexibility for non-fear-type behavior.”

In 2014, Kaufer and her UC Berkeley colleagues discovered that rats subjected to acute stress produced more oligodendrocytes in the brain’s gray matter — specifically, in the hippocampus. She proposed that this led to increased myelination of axons, potentially interfering with the speed at which signals traveled between different areas of the gray matter of the brain, such as the hippocampus and the amygdala. The new study bolsters that theory.

Neylan was intrigued by the 2014 findings and contacted Kaufer, and they’ve been collaborating ever since. Neylan teamed up with Linda Chao, UCSF professor of radiology, who developed a way to image myelin in the gray matter of the brain, and several years ago scanned the brains of 38 veterans who had experienced severe trauma, some with and some without PTSD.

At the time, scientists looking for changes in myelination related to brain disorders were focused on the cortex’s white matter, which is mostly myelinated. In multiple sclerosis, for example, an autoimmune attack destroys myelin in the white matter. Kaufer was perhaps the first to find evidence of increased myelination in the gray matter associated with disease.

Chao and Neylan did find increased myelination of neurons in the gray matter of veterans with PTSD, but not in those without PTSD. The worse the symptoms, the greater the myelination.

This led Kaufer and first author Kimberly Long, now a UCSF postdoctoral fellow, to see if they could also find increased myelin in gray matter after acute trauma in rats. After they focused on the specific symptoms of individual rats with PTSD, they found a correlation between symptoms and myelination in specific regions of the gray matter.

Chao subsequently reanalyzed the brain scans of her earlier group of 38 veterans and found the same correlation: Specific symptoms were associated with myelination in one region of gray matter, but not others.

Long and Kaufer then employed a type of viral gene therapy to rev up a transcription factor, called olig1, that increases the production of oligodendrocytes from stem cells in the gray matter. When Long injected the virus into the dentate gyrus of rats, the researchers found that this boosted the number of oligodendrocytes and generated symptoms of avoidance, even without any stress.

“The next question was, ‘If I change oligodendrocyte genesis, am I going to change behavior?” Kaufer said. “The beginning of an answer is here in this paper — it’s yes. And now, there’s a lot more to do to really understand that.”

Neylan, Chao and Kaufer are collaborating on further studies, including looking for increased myelin in the brains of PTSD patients who have died, improving fMRI imaging of myelin in the brain, investigating the effects of chronic stress on the brain connections of rats, and using new high-resolution imaging to study the myelin deposition in gray matter.