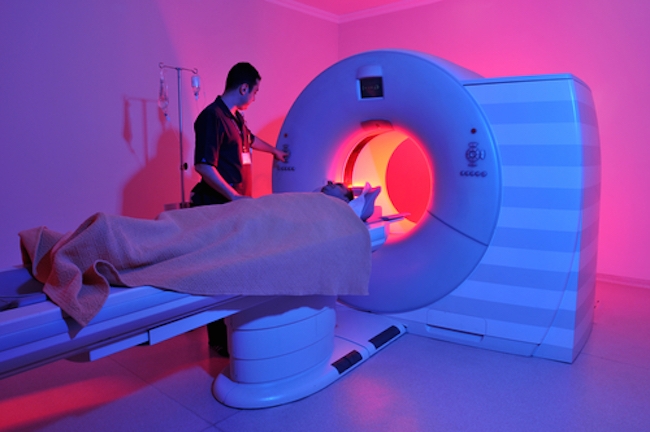 WINNIPEG – Manitobans are waiting longer for magnetic resonance imaging tests, partly because some people – such as injured workers, professional athletes and government officials – are given faster service, the province’s auditor general said Thursday.

“Some patients were given higher priority for non-medical reasons,” Norm Ricard wrote in his 43-page report.

“On average, members of professional sports teams received MRI scans within a day of referral. And some patients with influence – such as government officials, donors or people working in the health care system – received quick scans, often the same or next day and without any priority code assigned to their request forms.”

The report said some facilities give priority service to people covered by private insurance, such as pro athletes. One Winnipeg centre has an agreement with the Workers Compensation Board, which pays for the service, to scan injured workers within 20 days.

The report did not delve into which government officials might have received faster service. Ricard said in an interview he did not get into names because of confidentiality rules in the health system. He also said any influential people may have been given priority service without their knowledge.

Health Minister Kelvin Goertzen said the issue would be examined.

“Any time I hear that somebody might be getting a treatment not based on what they need, but who they know or who they are, I would be concerned.”

NDP health critic Matt Wiebe, a backbencher in the NDP government before the Tories won last year’s election, said he had not heard of any government officials being fast-tracked.

As of last June, the average wait time for a MRI scan in the province was 23 weeks – almost twice as long as the wait five years earlier.

While the increase is due largely to a fast-rising demand for scans, Ricard pointed to a number of aggravating factors that occurred under the former NDP government.

The government did not properly compare the benefits of different locations before announcing some new MRI scanners, Ricard wrote. There was also no review to see whether expanding the operating hours at existing centres might be more efficient than adding new machines, he added.

The province lacks a centralized system to process requests for scans, leading to different wait times in different areas. And there are very few measures taken to cut down on the number of unnecessary tests, Ricard wrote.

“Several … staff told us inappropriate MRI requests are a problem and the Canadian Agency for Drugs and Technologies in Health reports that evidence indicates 10 to 20 per cent of medical imaging exams are unnecessary or inappropriate.”

Wiebe said the former government was focused on getting MRI scanners to different areas of the province to address growing demand and reduce travel time for patients. There were only two scanners in the province in 2004. The NDP had added nine by 2011, Ricard noted.

The Tory government has left the door open to following Saskatchewan’s lead and allowing private clinics to charge for MRI scans as long as they perform an equal number of free scans for people on the public waiting list.

But Federal Health Minister Jane Philpott has condemned that system as bad policy, bad medicine and a violation of the Canada Health Act.

“We remain open to those suggestions or options,” Goertzen said.

“We’ve had … a few proposals that go along that direction. We need to review them more in-depth.”