The writing on the wall

Where chiropractic may be headed 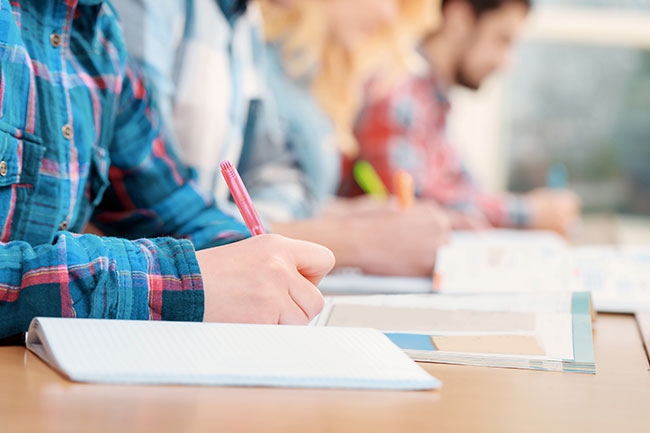 This past July, Canadian Chiropractor Magazine conducted and released its survey of national and provincial chiropractic practices. The staff at Canadian Chiropractor should be very proud of their efforts as they were able to collect 796 responses and use 631 of those as qualifying submissions.

To put this into perspective, U.S.-based Chiropractic Economics Magazine has a circulation of 30,000 hard copies and access to the 70,000 + practicing DCs in the U.S. They had only 515 respondents in their 2016 Salary Survey.

Canadian Chiropractor was able to engage more useable data from their Canadian population of DCs that has 1/7 the number of chiropractors that the U.S. has.

Looking back
In my article, “Business if Life,” Dr. David Wilkes, president of Canadian Memorial Chiropractic College, commented: “The author (Lombardi) does not support the general statement that in Ontario even if the general application of the Pareto principle was accepted at this level, it cannot be assumed to apply to all samples within the province. Application of the Pareto principle is most useful when data is carefully collected, the right questions are asked, and when contributing factors are clearly identified.”

In Ontario, the number of DCs earning more than $200,000 is nearly 20 per cent while in Alberta it’s over 40 per cent. The point of the Pareto Principle helps us realize that the majority of the results come from a minority of the inputs. These survey results clearly demonstrate my point: 30 per cent of the DCs in Canada are making exponentially more than everyone else in the profession.

There are several contributing factors identified which could be responsible for this presentation:

Ontario’s DC oversaturation could be attributed to students who graduate and tend to practice in the same province or in the general area of the school.

Based on the survey, Ontario’s chiropractor population are relatively young (62 per cent are aged 49 and under), they have limited practice experience, and DCs are not seeing a lot of patients.

Forty seven per cent of Ontario DCs are either making less than $75,000 (30 per cent) or are not willing to disclose their income (17 per cent) to the survey. About the same amount (53 per cent) said they were not making any financial investments to improve their practices.

In my article, “Business is Life,” I argued that one vital trickle-down effect of poorly performing businesses is lack of investment in continuing education and products geared to improve their practice. The high-earning DCs are often too busy to take any hands-on courses, while the remaining chiropractors who could use the training simply do not have the expendable income to spend on improving their practices.

If I am wrong in making this observation then, according to this survey, why are so many Ontario DCs reluctant to spend money on continuing education when half of the chiropractors in the province need help boosting their bottom-line?

After my article, “Where’s the beef?”, was published, I sent it to all the presidents of every chiropractic school in the world, and every state and provincial association presidents in North America. It took some time but I sent over 90 emails. Of them all, only one responded. Dr. David Graber, a board member from the Association of New Jersey Chiropractors.

He said, “I found Dr. Lombardi’s article, a breath of real-world fresh air in opening a real discussion on the challenges North American chiropractors are currently facing in developing and maintaining an economically successful practice.”

Social situation
Thirty per cent of all Canadian chiropractors surveyed reported they have zero presence in social media.

Social media simply allows us to communicate with our current and future patients over the Internet. It helps us create a presence online, where people receive information right at their fingertips. We use this tool to educate and shape perception immediately.

The number of chiropractors in the survey who are not using social media is simply astonishing. For future reference, it would have been interesting to find out whether the 30 per cent making over $200,000 are the same DCs who are not using social media – since it could indicate they are already well established and just uninterested in the concept.

Predictions
In the next two years I believe we will see a dramatic change in chiropractic schools, their faculty and their board of trustees.

Isaac Newton said: “For every action there is an equal and opposite reaction.” In response to regions with chiropractor oversaturation, overall poor practice performance, and declining student applicants to chiropractic schools, some chiropractic colleges will close and others will continue to make presidential changes to reduce costs and renew their leadership.

However, more needs to be done to look out for future graduates. In a 2012, article in Dynamic Chiropractic, Bridgeport University faculty Dr. Stephen Perle uncovered that many chiropractic college presidents were being paid the same amount as universities with budgets 10 to 96 times larger than theirs. Some chiropractic college presidents were earning $800,000, $600,000 and $530,000 as reported in the The Chronicle of Higher Education and The New York Times.

In the last three years, seven chiropractic school presidents around the world have retired or resigned. These leaders have left their posts at a fragile time in our profession – taking a combined 104 years of presidential experience with them.

Perle said the real moral responsibility falls on the shoulders of the colleges’ boards of trustees to ensure stable leadership is in place and the best interests of the students remain
paramount.

Dr. Anthony Lombardi, DC, is consultant to athletes in the NFL, CFL and NHL, and founder of the Hamilton Back Clinic in Hamilton, Ont. He teaches his fundamental EXSTORE Assessment System and conducts practice-building workshops to health professionals. Visit exstore.ca for information.