Cannabidiol: What is CBD, how does it work and why is it a hot topic? 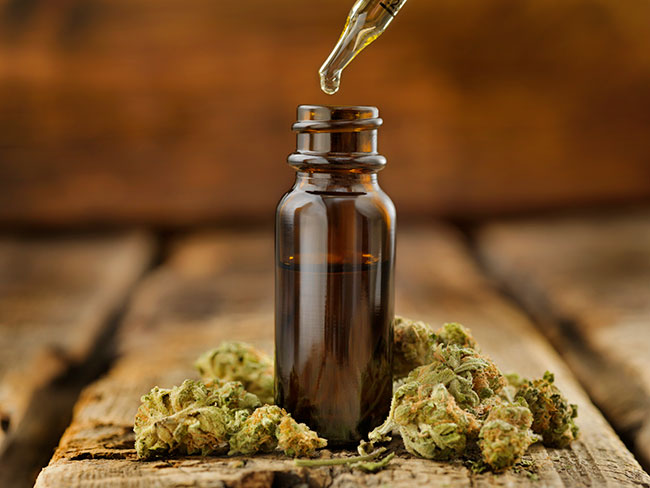 Cannabis has become a hot topic in the past few years and has seen acceptance in both medicinal and recreational markets. The speed in which cannabis has become a common feature in popular culture has in many ways left education around cannabis and cannabinoids playing catch up. One such topic that has swiftly become an everyday word yet remains shrouded in misconception is CBD.

What is CBD?
CBD is an acronym for Cannabidiol and one of over 100 pharmacologically active compounds, known as cannabinoids, found in the cannabis plant. Cannabidiol was discovered in 1940 and was largely dismissed as an unimportant compound since it did not appear to have the same psychoactive activity as THC. Only recently has research and interest into CBD escalated due to the resurgence of cannabis being used as a medicinal drug. More specifically, CBD gained international attention for its safety and efficacy in the treatment of two very severe childhood-onset epileptic disorders: Dravet syndrome and Lennox-Gastaut syndrome.

How does CBD work?
Although CBD does not seem to have much affinity for our bodies cannabinoid receptors (CB1 and CB2) it does seem to have significant antioxidant and anti inflammatory properties. CBD also has activity at our serotonin receptor (5-HT1a) elucidating some of it’s anti-depressant effects. Perhaps one of the most interesting properties of CBD is in its ability to inhibit enzymes that breakdown the natural cannabinoids in our body (endocannabinoids).

Clinical applications
In 2016 Neurologist Dr. Ethan Russo MD, postulated the idea of a clinical endocannabinoid deficiency syndrome. Essentially, this alluded to the fact that all humans (actually every creature except for insects), possesses an underlying cannabinoid tone (endocannabinoids doing what they do in our body to keep us healthy). Much like we see deficient activity of neurotransmitters in many disorders (like a serotonin deficiency in depression) Dr. Russo theorized that there may be a host of conditions where a lack of endocannabinoid activity is completely or partially responsible. In fact, clinical research has demonstrated that a endocannabinoid deficiency may be a contributing factor in migraine, irritable bowel syndrome, and fibromyalgia. Decreased levels of endocannabinoids were found in the spinal fluid of migraine sufferers compared to a healthy control group. Perhaps even more importantly, medicinal cannabis has been shown to be an effective treatment in patients with these conditions. It isn’t hard to imagine how a substance that controls stimuli would be helpful in conditions with excessive stimuli like seizure disorders, muscular spasticity and chronic pain.

Prescribing in Canada
The medicinal use of cannabis was legalized in Canada back in 2001 under the Access to Cannabis for Medicinal Purposes Regulations (ACMPR). Cannabis became legal for recreational use on October 17th 2018. Now both medicinal and recreational cannabis guidelines and regulation fall under the Cannabis Act (2018). From 2001 to 2018 patients could get a prescription for medical cannabis if they met certain criteria, namely had a condition cannabis was approved for, was over the age of 18, and had tried all standard first-line therapies with no benefit. The largest obstacle in the early years of medicinal cannabis legalization was finding an MD or nurse who was comfortable making the prescription.

Cannabis was still very taboo and didn’t adhere to the same dosing guidelines and algorithms that most pharmaceutical medications had. Cannabis was in many ways closer to herbal medicine than to pharmaceutical medicine. The ACMPR dosage guideline to this day states that: “There are no precise doses or established uniform dosing schedules for products such as fresh marijuana, smoked/vapourized marijuana, or cannabis oil.” There was a lot of sketchy dosage recommendations going on during this time.

Thankfully as cannabis prescribing clinics started to open and healthcare practitioners worked with cannabis more regularly, better dosage guidelines were established. One such guideline, which I personally hand to patients, is the Canadian Pharmacists Association document on how to help patients find a safe and effective dose. “Starting low and going slow” pretty much sums up the best and most agreed upon way to approach the use of medical cannabis.

For those of us in the complementary and alternative medicine (CAM) disciplines, we unfortunately cannot as of yet prescribe medicinal cannabis. Prescribing medicinal cannabis is only allowed through an MD or nurse practitioner in Canada. It’s bewildering to me as to why HCPs with the most foundation in  herbal medicine were unable to prescribe a substance more akin to botanical medicine than to a pharmaceutical. It’s not even an argument of safety since cannabis has a better safety profile than acetaminophen. For now our role as CAM practitioners, who have undergone additional training in medicinal cannabis, can be as an educational resource for patients who are currently medicating with cannabis, who are cannabis curious and whom would likely benefit from cannabis therapy. Whether through professional diagnosis or self-diagnosis; recreational or medicinal markets, patients are trying cannabis and many of them have no idea how to use it safely and effectively. That’s where we can make a difference.

Dr. Shawn Meirovici N.D., has over a decade of clinical practice in Toronto specializing in neurological disease, paediatrics and cannabis education. He was the recipient of a Best Naturopathic Doctor in Canada award and is frequently asked to appear as a guest lecturer on the topic of cannabis. Outside of clinical practice, Dr. Shawn is also an instructor for the Red Cross and coaches rock climbing.