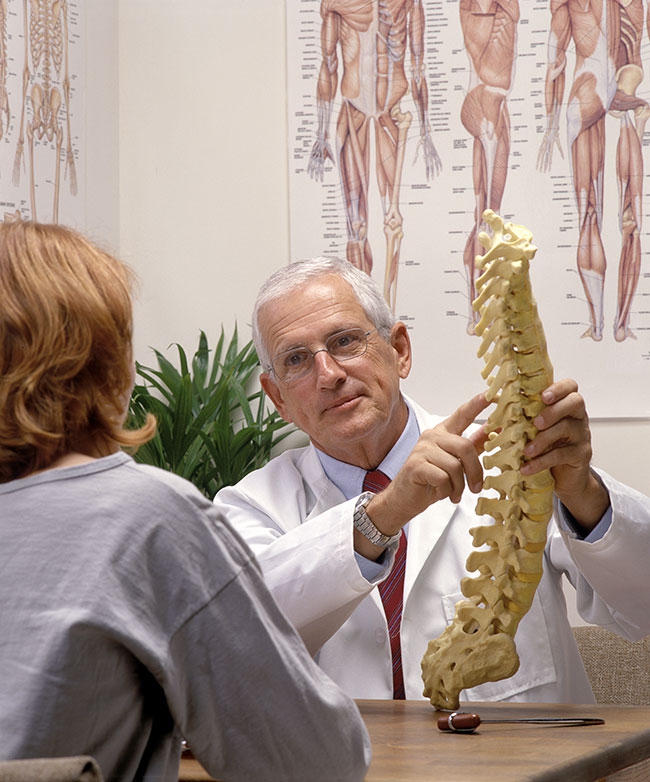 Workers with occupational back pain have higher odds of returning to work sooner when they seek care from a chiropractor first. Photo: Fotolia

If a recent study is any indication, more injured workers could be returning to work earlier if they seek chiropractic care first for work-related back pain.

According to a new study published in the Journal of Occupational Rehabilitation, workers who went to a chiropractor first for occupational back pain had a significantly shorter duration of compensation during the first five months, compared to those who sought a medical doctor first.

In comparison, workers who sought a physiotherapist first for back pain experienced a longer duration of compensation than those who consulted a medical doctor first.

The retrospective cohort study, led by Dr. Marc-André Blanchette, a chiropractor and PhD candidate at University of Montreal’s School of Public Health, looked at data from Ontario’s Workplace Safety and Insurance Board (WSIB) consisting of 5,511 workers who received compensation for back pain in 2005.

Legislation on workers’ compensation varies by province, particularly on the first line of care for injured workers, says Blanchette. In Quebec, for example, medical doctors are the only option for injured workers for first line of care. If they want to see a chiropractor or a physiotherapist, they would need a referral from the medical doctor in order to be covered by workers’ compensation benefits.

“When people are injured, they need to seek care quite rapidly… which may prompt people to seek care in an emergency department or a walk-in clinic, so they might not see their preferred source of care,” Blanchette says.

In some jurisdictions in Canada, injured workers can seek care from other health-care practitioners, including a chiropractor, a physiotherapist and nurse practitioner, without requiring a referral from the medical doctor.  In Ontario, workers have always been able to seek first care from chiropractors and medical doctors. In 2004, however, the WSIB expanded this policy to include physiotherapists and nurse practitioners as approved first line of care for workers’ compensation.

Blanchette and his colleagues looked at data from the WSIB after the new policy was implemented. They found that very few workers sought the care of nurse practitioners for back pain, so the data was not sufficient to include this group of practitioners in the study. The study compared physiotherapist, medical doctor and chiropractor – with the medical doctor as the reference category, Blanchette explains.

There were no significantly different odds of having a second episode between workers who sought chiropractic care first and those who consulted a medical doctor first.

“We followed people through the WSIB data for two years from their date of injury,” Blanchette notes.

Previous randomized controlled trials that compared the effectiveness of chiropractic to physiotherapy and to medical care among the general population generally resulted in no significant difference between the providers, he adds.

“So I was kind of surprised that there was (significant difference) in the sample we analyzed. So we have to find out why there are differences,” Blanchette explains.

The factors that influence patients’ decision to seek physiotherapy as the first source of care should also be better understood, the authors of the study write.

“The process of care that follows the initial type of care should also be evaluated. Because a differential use of additional health services was observed, the trajectory of care might also be an important predictor of the compensation duration,” the study says.

Another area of further investigation, says Blanchette, is the kind of treatment the injured workers are receiving – whether it’s evidence- or guidelines-based – from each type of provider, and whether that’s having an impact on the duration of compensation.

“We don’t have that much study on that, but few studies in the U.S. are suggesting that care that are provided in agreement with the guidelines are more interesting from the insurer and the workers’ perspective,” Blanchette says.

Opportunity
This study can have significant impact on injured workers’ return-to-work and can provide workers’ compensation boards opportunity to communicate evidence-based information to workers and employers about appropriate  and effective care for injured workers, at least where back pain is concerned, according to Dr. Don Nixdorf, chiropractor and a health care advocate based in Vancouver.

“Communication is where the opportunity lies… What (workers’ compensation boards) should always be trying to do is make employers and employees aware of all opportunities to return to work as early as possible or experience no time-loss because it impacts the injured worker’s health,” says Nixdorf, who has been involved in dealing with the workers’ compensation board in British Columbia – WorkSafeBC – on behalf of the chiropractic profession in the province over the last several decades.

From the employers’ perspective, Nixdorf notes, evidence-based knowledge about the best health care for injured workers to aid early return to work can mean huge savings in insurance premiums, which add to a company’s operating cost and competitiveness.

Nixdorf doubts, however, the study findings will result in policy changes at workers’ compensation boards.

Canadian Chiropractor contacted the WSIB for comments regarding this study. In an e-mail response, the Ontario workers’ compensation agency said it does not comment on specific studies.

“The WSIB does not direct who an injured worker chooses to seek treatment from, workers have the right to choose their treatment provider,” the statement said.

The WSIB, however, did cite its Low Back Program of Care (LBPOC) as an “evidence-based” health care delivery plan.

“The Low Back Injuries Program of Care is an evidence-based health care delivery plan based on a systematic review of the scientific literature. This program of care is specific to the treatment of workers with an acute low back injury for a period of up to eight weeks from the date of first assessment/treatment.”

Nixdorf notes physiotherapists have been actively marketing their profession as first line of care for injured workers in recent years. In fact, in 2014 the Physiotherapists Association of B.C. has entered into an agreement with the workers’ compensation board to provide direct care for injured workers without the need for medical doctor referral.

It’s a move that seems to be more a result of persuasive lobbying and negotiations by the physiotherapy profession rather than supported by scientific evidence, Nixdorf notes.

He recalls a paper published by WorkSafeBC’s Evidence Based Practice Group in 2005, which presented a “critical appraisal” of articles provided by the physiotherapy profession as evidence of its efficacy for treating low back pain. The paper’s author, Dr. Craig Martin, concluded that the list of articles provided by the physiotherapy associations “are of much lower quality and their conclusions are not always convincing.”

The one article that was considered well-designed and well-conducted concluded that “routine physiotherapy seemed to be no more effective than one session of assessment and advice from a physiotherapist.”

Since then, however, the physiotherapy profession seems to have gained a foothold with the workers’ compensation board with regards to providing care for injured workers, and Nixdorf believes this has nothing to do with evidence.

He hopes, however, that the employers and injured workers – when presented with the evidence – will make an informed decision about which health-care provider can provide the best outcomes and quicker return to work.

Mari-Len De GuzMAN is the editor of Canadian Chiropractor magazine. She has been a journalist for 20 years and has been editor of several business and professional publications. You may contact her at mdeguzman@annexweb.com