What chiropractors need to know when concussion comes knocking 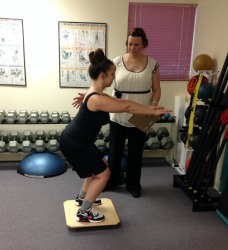 The use of chiropractors in high school, college and professional athletics is growing rapidly. Research in the area of sport-related concussions has provided the chiropractic profession with valuable new knowledge in recent years. Concussions, a type of traumatic brain injury, are injuries to the brain that occur as the result of a fall, motor vehicle accident, or any other activity that results in an impact to the head or body.

Annually, according to the U.S. Centers for Disease Control and Prevention, an estimated 2.6 million people under age 19 sustain a head injury. In March 2013, the American Academy of Neurology updated its guidelines on the evaluation and management of sports concussion. A major change is the removal of return-to-play recommendations. The current recommendation for those who have been diagnosed with a concussion is immediate removal from play. Return to play should not be allowed until after a multi-faceted evaluation by a qualified health-care professional. The younger the athlete, the more conservative their management should be due to the fact that their symptoms and neurocognitive performance take longer to improve after a concussion. Some important revised recommendations include the following:

Epigenetics plays a powerful role in determining whether athletes display long-term brain damage in response to trauma to the head. The apolipoprotein E epsilon-4 (i.e. ApoE4) gene may be linked with a higher risk of chronic traumatic encephalopathy.

Most patients with a mild traumatic brain injury recover in 48 to 72 hours, and also are headache-free within two to four weeks of the injury. The sports chiropractor should obtain a detailed history of emotional, concentration and associated symptoms for patients who have persistent symptoms that last longer than a week. The following is a list I provide to patients and their coaches when I suspect upon evaluation the athlete has had a concussion. Keep in mind that no concussion should be considered minor.

Call your doctor or return to the ER if any of the following occurs:

Post-concussive syndrome has not been listed as an absolute contraindication for cervical manipulation. However, I would strongly urge the chiropractor to always think of it as a relative contraindication to cervical spine diversified manipulation. A full cervical spine exam, neurological and cognitive tests should be given prior to any cervical manipulation. Currently, there are few large randomized controlled trials that suggest chiropractic care benefits those that suffered concussion, however there is a plethora of case studies that support its benefits.

Mastery of concussion-specific knowledge and abilities to navigate the correct pathways of management are essential for successful care of the concussed individual.

Return-to-play
Return-to-play criteria are controversial. Similar to concussion classification guidelines, several different guidelines regarding return to play have been established. The big issue is that no scientific evidence exists to justify one criterion versus another. Return to sports and physical activity requires a progressive exercise program, a complete absence of symptoms, successful completion of a standardized neuropsychological test, and continuing evaluation for any recurring signs or symptoms. Provocative tests are used to increase the athlete’s blood pressure and heart rate. These typically include jogging, sprinting, sit-ups or push-ups. The doctor should keep in mind that even relatively minor concussions might have more prolonged neurologic deficits.

The main criteria for an athlete’s return to play include complete clearing of all symptoms, complete return of all memory and concentration, and no symptoms after provocative testing. The most important aspect of all published guidelines is the concept of an athlete not being allowed to return to play until he or she is completely asymptomatic.

Consultation with a neurologist or primary care sports medicine physician is indicated for patients who have prolonged symptoms. Neuropsychologic consultation may also be considered to document any deficits that may interfere with the athlete’s return to sport, school or work.

Sports-related concussion can be serious or even life threatening if not managed correctly. Protecting athletes from head injuries is one of the most important ways to prevent a concussion. Instruction should include signs and symptoms of concussions, how such injuries occur, and possible long-term effects resulting from such injury. It is imperative that athletes also know the symptoms of a concussion so they can inform the appropriate health providers and coaches. Providing supporting written material, as seen in the list above, is advisable.

This article serves as only an overview of common management procedures, and it’s the author’s personal suggestion that it would be beneficial to take an updated refresher course on the latest research regarding concussion.

In addition, it is prudent to note that every state and province has differing rules surrounding the scope of chiropractic practice with regards to concussion management. The National Federation of State High School Associations and Centers for Disease Control and Prevention have teamed up to provide information and resources to help educate people on the importance of proper concussion recognition and management. This is a free online course in which you and/or your patients will learn to recognize a suspected concussion, the proper protocols to manage a suspected concussion, and steps to help the athlete return
to play.

Dr. Jennifer Illes, DC, is assistant clinical professor at D’Youville College’s Chiropractic Program. She has practised in Ontario, Florida and New York. She can be reached at rectorj@dyc.edu.
Print this page