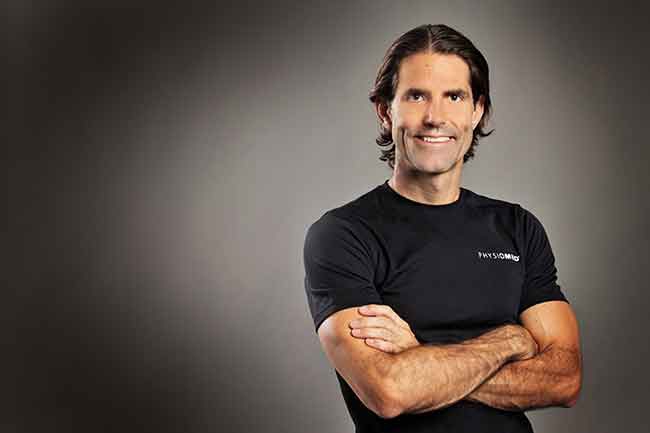 When Dr. Scott Wilson opened his first chiropractic clinic inside a fitness club in Toronto in 2001, he latched on to the idea of a holistic approach to health and wellness that would evolve into a successful and pioneering enterprise.

Fast forward to 2016 and Wilson is CEO of Physiomed, which describes itself as “one of Canada’s largest and fastest-growing chains of healthcare clinics.” Physiomed has about 30 clinics, which integrate a variety of health-care disciplines including chiropractic care, physiotherapy, naturopathy, kinesiology, orthotic therapy, massage therapy, compression therapy, diet and nutritional counselling and compression therapy.

Wilson says his first clinic at the “full-service” fitness club, where he learned from doctors, helped him to conceptualize Physiomed. “What I ended up doing was introducing physiotherapy to the traditional chiropractic clinic.”

Initially, Wilson’s and his partners’ chain of practice were called, Natural Health Chiropractic Clinics. As more physiotherapists were brought into the clinics, they decided to rebrand them as Physiomed.

“We were looking to bring in the physiotherapy clients and cross them over to chiropractic care,” he explains.

If they had stuck to the chiropractic-centred name, “we wouldn’t have been able to cross-link the physiotherapy as easily,” Wilson says.

“We were one of very few clinics to incorporate chiropractic to physiotherapy,” he adds. For him this was a no-brainer. “If you look at the scope of practice, they’re almost identical. So instead of being contentious, we wanted to be complementary.”

Although Physiomed was born in 2002, Wilson says the building blocks were already being laid out during his early years of private practice, which began in 1994, after he graduated from Canadian Memorial Chiropractic College (CMCC).

“I was doing all types of therapies myself – physical therapy… everything from chiropractic to soft tissue to exercise, acupuncture.”

Wilson observed early on that although medical clinics were trying to incorporate a multidisciplinary practice of physiotherapy, chiropractic and orthotics, they were missing a point by failing to take their patients further to a path of “optimal wellness.”

A majority of patients were coming for pain injury. “However, most of them have chronic conditions that go with it,” that needed to be addressed in tandem with their chief complaint, he says. He also believed that, “If people did what they wanted to do, other than what they needed to do, they’d be more successful” in achieving wellness.

Growing pains
Physiomed’s growth came in stages. “The first was me understanding doctor-patient relationship by practicing intensely from 1994 to 2000,” he says. “Between 2000 and 2008, I really built up the rehab model.”

Dr. William Salameh, who purchased a Physiomed practice in Hamilton, Ont., in 2005, and now operates a second clinic in Burlington, Ont., says he shares the company’s philosophy of being “a patient-centric, multidisciplinary facility with an emphasis on health, wellness and active living.”

By 2008, Wilson had 12 clinics, which were run by partners who wanted to open their own clinics but carry the Physiomed brand, intellectual property and software. “I went down the road of having it as a franchise and started it then,” he recalls.

Physiomed experienced a swift growth in 2011 – operating over 40 franchises – but it came at a cost. Some of these were “conversion” or “co-brand” clinics, some of which did not necessarily share the company’s ethos.

“Just hanging up a Physiomed shingle was not enough. What was really the value that it brought was understanding the flow of patient management and understanding the way we compensated and created growth patterns for people within our organization and how we treat our patients,” says Wilson. “Unfortunately, when you’re dealing with practitioners that have been out there for a long time, you’re having to change a lot of behaviour.”

Today, says Wilson, “We’ve decided to be more exclusive and we’ve consolidated down to 32.” The company has become more picky, with majority of franchises now owned by people “who have worked within my system,” he adds. An internal referral system for new clinics has been instituted.

The goal is to get people “that were trained and spent time within our clinics” to ensure consistencies, says Wilson. “Every practitioner is self-regulated so they can do what they see fit for patients,” but they share a common vision when it comes to “macro treatment plan” and educating patients,
he adds.

“We have a brand and when different practitioners are coming into our business, they’re coming from different stages of life [and] different disciplines… Now we’re speaking the same language. If someone just says, ‘I believe in getting people out of pain,’ that was always a challenge. It’s not anymore now.”

Nonetheless, Wilson hastens to add, “I’m a big believer in collaboration of diagnosis.” Most diagnostic testings are done onsite. “A number of our clinics have X-rays so that we’re able to ensure diagnosis are high and we often will get double touch collaboration – with a physiotherapist and chiropractor.”

Peer reviews are also done periodically to ensure quality care in Physiomed clinics, he says. “We actually go in and look at patient care trending – what sort of care is working and what isn’t working.”

The company also does its own “secret shopping,” where someone comes in as a standard patient to evaluate the care and service given at Physiomed clinics.

Physiomed tries to be on the cutting edge in terms of technology use, says Wilson. “We have a number of shock waves. We’re the first company to launch a brand new decompression laser table. We’re very welcoming in our modalities.”

When asked about past and ongoing challenges faced by Physiomed, Wilson laughs and says, “Lots.”

Systems
Managing patients, staff and cash flow are perennial challenges. “In today’s world, a lot of our payments are [done] online. They are secure, but the disadvantage [is that] if [they are not administered properly] you run into trouble,” he says.

Obstacles can also arise when dealing with landlords, doing the groundwork and working through leases in someone else’s space.

Physiomed faced a particularly daunting situation in 2011 when it decided to purchase some of the assets of financially troubled fitness chain, Premier Fitness, where some of its clinics were located. Wilson had put together a proposal with Premier’s senior creditor and was already rebranding the business when, 60 days later, it was informed that the assets couldn’t be sold because Premier Fitness owed back taxes. Premier Fitness was put into receivership and as a result, Wilson says he lost $2 million in investments. It was a disappointing turn of events, but Wilson says, “In hindsight, it was better that it didn’t happen.”

Still, he concedes, “I wish I hadn’t put that much money and effort into it. I learned a lot.”

Notwithstanding these hurdles, Wilson says Physiomed has been able to maintain its viability because it has been able to tap into a pool of “dedicated workers [who] are interested in growing our brand, in helping our patients and growing through all kinds of changes that are going on” in the medical field.

Physiomed has a core of about 12 partners and “out of 32 franchises, 23 of them are in touch directly or are within one degree of separation from [the partners],” he says. He believes this model provides greater accountability to patient care, to customer service, to banks and to medical colleges.

“The clinic owners and/or directors are a group of open-minded individuals, each with their own strengths, that get together on a regular basis to share ideas and develop ways to implement them within a short time frame,” adds Dr. Joanne Hartley, a chiropractor who has been Wilson’s partner in Physiomed’s Danforth location for almost 16 years. “And if it doesn’t work out as anticipated, we can always make changes very quickly. In the corporate world, it takes forever to implement new policies and procedures.”

Salameh attributes Physiomed’s success to its systems and the passion and the experience among owners. “I always like to refer to our systems as a cut above the rest with respect to pioneering treatment practices, interdisciplinary care and working with other health-care professionals within our clinics and within our community,” he says.

Wilson says he’s not done dreaming just yet – he wants to take Physiomed to the local level and help build healthy communities by working in partnership with schools, families, local groups and workplaces.

Marites N. Sison is a journalist based in Toronto.

Related
Making the chiropractic business case through big data
All about the patient
Business Talk: Reviewing our ethical business practices
Collaboration perspectives: The many advantages for both patient and practitioner