An arm in a sling cures a shoulder fracture just as well as an operation with plates and screws. 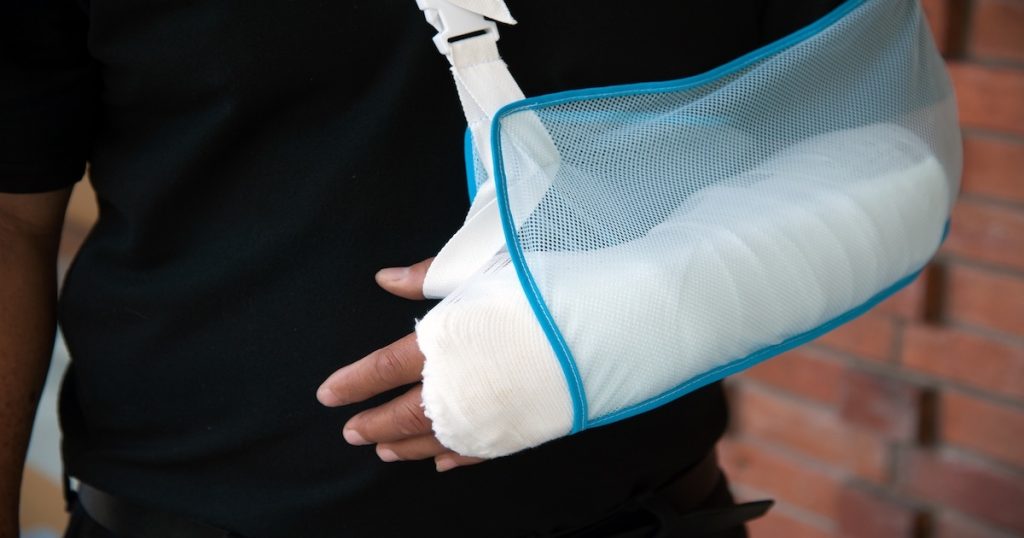 There is nothing to be gained by operating on a patient with a so-called displaced fracture of the shoulder. Three weeks with the arm in a sling so that the shoulder is kept inactive yields the same results.

This is documented by a new study with researchers from Aarhus University, Viborg Regional Hospital, Denmark, and a number of university departments in Finland, Estonia and Sweden.

The results of the study have just been published in the scientific journal PLOS Medicine.

The results are based on a study of 88 patients over the age of sixty, all of whom had fractures of the shoulder of the type where the bones are displaced.

This often happens in connection with a fall on the shoulder and the traditional treatment for a displaced shoulder fracture is an operation in which the bones are joined again using plates or metal screws. In the study, half of the patients were operated on, while the other half only had the arm supported by a sling. All 88 patients underwent rehabilitation under the supervision of a physiotherapist and were subsequently followed for two years.

Once the study was completed the researchers could conclude that there was no difference between the two types of treatment when they were measured on the basis of the patients’ own assessment of function, pain and quality of life. These results were already valid after one year. The leader of the study, professor of orthopaedic rehabilitation Inger Mechlenburg from the Department of Clinical Medicine at Aarhus University and Aarhus University Hospital, says:

“The results are thought-provoking in that there is no difference between patients who underwent surgery and those who didn’t. Those who underwent surgery don’t have better shoulder function or less pain than those who didn’t. Our conclusion must therefore be that the least intrusive form of treatment shows itself to be the best. As there is no difference in the patients’ ability to carry out daily chores, their level of pain or quality of life with or without the displaced shoulder fracture surgery, then treatment with only a sling should be preferred, as the patients thereby avoid surgery-related pain and complications,” she says.

She is prepared for the results to lead to discussions between professionals, because this challenges common practice.

“It’s difficult to change clinical practice, especially if it’s a question of going from more to less,” says Inger Mechlenburg. For this reason, it has also been important for the research group to ensure the study was as comprehensive as it was.

“The fundamental starting point of the study was to find the best form of treatment for precisely this type of injury. We’ve provided evidence that there is no beneficial effect of surgery, and the various healthcare services should address this fact,” she says.