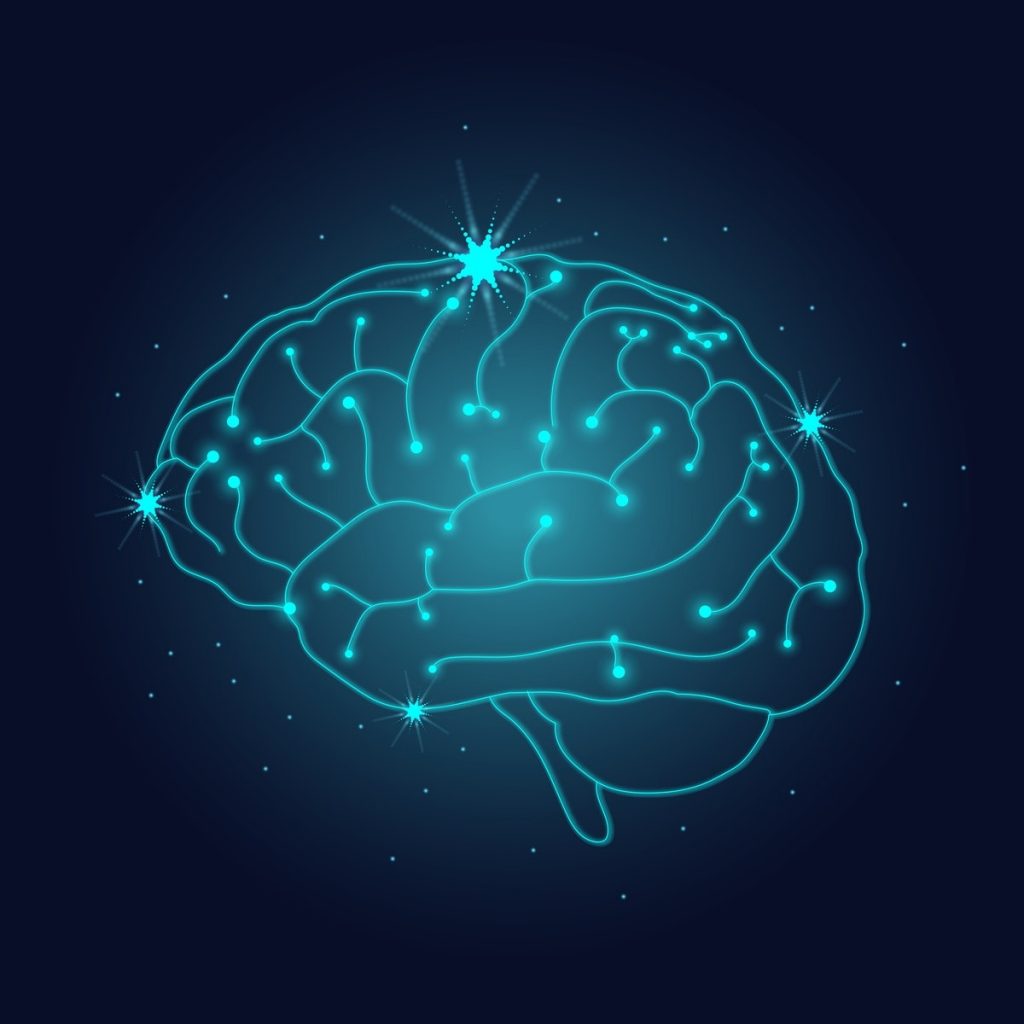 A blow to the head or powerful shock wave on the battlefield can cause immediate, significant damage to a person’s skull and the tissue beneath it. But the trauma does not stop there. The impact sets off a chemical reaction in the brain that ravages neurons and the networks that supply them with nutrients and oxygen.

It is the secondary effects of traumatic brain injury (TBI), which can lead to long-term cognitive, psychological and motor system damage, that piqued the interest of a team of NJIT biomedical engineers. To counter them, they are developing a therapy, to be injected at the site of the injury, which shows early indications it can protect neurons and stimulate the regrowth of blood vessels in the damaged tissue.

The challenge, researchers say, is that brain cells don’t regenerate as well as other tissues, such as bone, which may be an evolutionary strategy for preserving the synaptic connections that retain memories. To date, there is no effective treatment for restoring damaged neurons. The body’s protective mechanisms also make it difficult to penetrate the blood-brain barrier, which hampers the delivery of medications.

“Nerve cells respond to trauma by producing excessive amounts of glutamate, a neurotransmitter that under normal conditions facilitates learning and memory, but at toxic levels overexcites cells, causing them to break down. Traumatic brain injury can also result in the activation and recruitment of immune cells, which cause inflammation that can lead to short- and long-term neural deficits by damaging the structure around cells and creating a chronic inflammatory environment,” says Biplab Sarkar, a post-doctoral fellow in biomedical engineering and member of the team that presented this work at a recent American Chemical Society conference.

The team’s treatment consists of a lab-created mimic of ependymin, a protein shown to protect neurons after injury, attached to a delivery platform — a strand of short proteins called peptides, contained in a hydrogel — that was developed by Vivek Kumar, director of NJIT’s Biomaterial Drug Development, Discovery and Delivery Laboratory. After injection, the peptides in the hydrogel reassemble at the localized injury site into a nanofibrous scaffold that mimics extracellular matrix, the supporting structure for cells. These soft materials possess mechanical properties similar to brain tissue, which improves their biocompatibility. They promote rapid infiltration by a variety of stem cells which act as precursors for regeneration and may also provide a biomimetic niche to protect them.

Now in preclinical animal trials, rats injected with the hydrogel retained twice as many functioning neurons at the injury site as compared to the control group. They also formed new blood cells in the region.

“The idea is to intervene at the right time and place to minimize or reverse damage. We do this by generating new blood vessels in the area to restore oxygen exchange, which is reduced in patients with a TBI, and by creating an environment in which neurons that have been damaged in the injury are supported and can thrive,” Kumar says. “While the exact mechanism of action for these materials is currently under study, their efficacy is becoming apparent. Our results need to be expanded, however, into a better understanding of these mechanisms at the cellular level, as well as their long-term efficacy and the resulting behavioral improvements.”

Collaborators James Haorah, an associate professor of biomedical engineering, and his graduate student Xiaotang Ma at NJIT’s Center for Injury Biomechanics, Materials and Medicine have shown how a number of TBI-related chemical effects can disrupt and destroy integral brain vasculature in the blood-brain barrier, the brain’s protective border, promoting chronic inflammation that can lead to symptoms such as post-traumatic stress disorder and anxiety, among others. Their current work provides insights into the potential neuroprotective and regenerative response guided by the Kumar lab’s materials, while future studies will attempt to analyze other mediators of inflammation and blood flow in the brain.

Kumar’s delivery mechanism is a customizable, Lego-like strand made of short proteins called peptides, which are composed of amino acids, with a biological agent attached at one end that can survive in the body for weeks and even months, where other biomaterials degrade quickly. Its self-assembling bonds are designed to be stronger than the body’s dispersive forces; it forms stable fibers, with no signs of inducing inflammation, that rapidly incorporate into specific tissues and collagen, recruiting native cells to infiltrate. The hydrogel, which is also composed of amino acids, is engineered to trigger different biological responses depending on the payload attached. These platforms can deliver drugs and other small cargo over day-, week- or month-long periods. Kumar’s lab has recently published research on applications ranging from therapies to prompt or prevent the creation of new blood vessel networks, to reduce inflammation and to combat microbes.

“The ultimate hope is that that localized delivery of regenerative materials may provide significant benefits for a number of pathologies,” he notes.

For example, the team recently developed a class of materials that may be useful against infection. These novel anti-microbial peptides are capable of disrupting dense bacterial colonies and have shown promise against a number of yeasts. Additionally, they promote human cell proliferation and are currently being studied for wound healing. That work was published this summer in the journal ACS Biomaterials Science and Engineering.

Kumar and his lab have created another hydrogel designed to recruit autologous (a person’s own) dental pulp stem cells directly to the disinfected cavity after root canal therapy. The tooth would be regenerated in part by prompting growth of the necessary blood vessels to support the new tissue. Yet another peptide-based therapy, armed with antiangiogenic capabilities, targets diabetic retinopathy, an ocular disease affecting more than 90 million people worldwide. People with the disease form immature blood vessels in the retina, obstructing their vision. The hydrogel can be injected directly into the vitreous gel of the eye, where the peptide interacts with the endothelial cells in the aberrant blood vessels, causing them to die.

“Conventional biomaterials used in tissue regeneration suffer from a variety of problems with delivery, retention and biocompatibility, which can lead to rejection by the host,” Kumar says. “We’re trying to address these issues with a technology designed to be universal in its application, delivering materials that persist in the tissue and promote their biologic effects for long periods of time.”