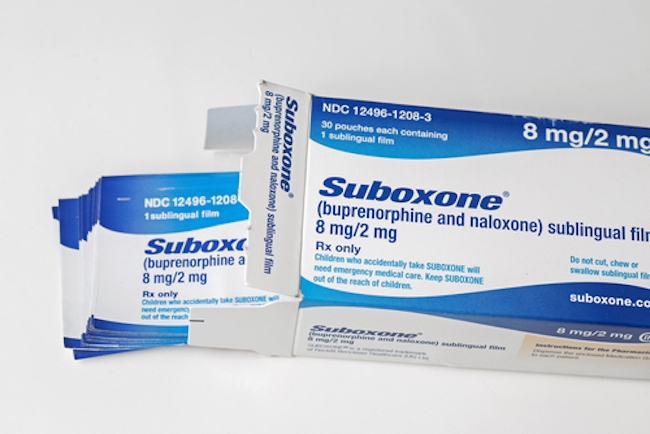 A network of doctors has developed a new Canadian guideline for managing opioid use disorder, including a recommendation of which replacement medication should first be used to treat those addicted to the powerful narcotics.

The guideline, published Monday in the Canadian Medical Association Journal, was created for a wide range of health-care providers to address the urgent need for treatment of opioid use that is causing a crisis of overdoses and deaths.

In 2016, there were 2,861 opioid-related deaths in Canada. As of last June, another 1,460 deaths had been attributed to the drugs and the total number for 2017 was predicted to reach about 4,000, fuelled by a combination of overprescribing by doctors and an influx of synthetic opioids, such as illicitly manufactured fentanyl and carfentanil.

“Opioid use disorder is a public health emergency nationwide and this guideline provides a blueprint for health practitioners to step up and provide evidence-based care,” said Dr. Julie Bruneau, a physician at the Universite de Montreal and lead author of the guideline.

The guideline recommends that Suboxone (buprenorphine–naloxone) be used as a first-line treatment whenever possible to reduce risk of toxicity and death.

The drug is used as a replacement for opioids to prevent severe withdrawal symptoms, but has a much safer side-effect profile than methadone, the medication traditionally prescribed for opioid addiction.

“In British Columbia, in about one in four prescription opioid overdose deaths, methadone is actually the culprit,” said Dr. Even Wood, director of the BC Centre on Substance Use and senior author of the guideline.

Those prescribed methadone must visit a pharmacy daily to ingest their dose in the presence of a pharmacist and the drug’s side-effects include a sedating effect, both of which make it challenging for those trying to work or otherwise carry on with their lives, Wood said from Vancouver.

“So as a first-line medication, it doesn’t make a lot of sense.”

Suboxone is an oral medication designed for at-home use and has a minimal risk of overdose, even if taken in a large quantity at once, he said, adding that it allows those being treated to better function in life, attend a recovery program or hold down a job.

The network that developed the guideline included 43 health-care practitioners who are part of the Canadian Research Initiative in Substance Misuse (CRISM) and also involved people with opioid use disorder to consider patient preferences.

– In people who respond poorly to buprenorphine-naloxone, consider transitioning them to methadone treatment.

– Start with methadone when buprenorphine-naloxone is not the preferred option.

– In patients who do not respond to either buprenorphine-naloxone or methadone, consider slow-release oral morphine, prescribed as daily witnessed doses.

– Avoid withdrawal management alone without transition to long-term treatment to reduce the risk of relapse and death.

Beyond recommending the use of buprenorphine-naloxone as the first-line treatment whenever possible, the guideline also identifies how certain common practices should be avoided – specifically, offering withdrawal management as an isolated strategy, which can increase overdose rates.

For those who choose to go into a detox program, in which the person reduces their reliance on opioids with the goal of abstinence, Wood said a better system needs to be developed to refer people immediately to an in-patient recovery program or intensive out-patient treatment.

“If they go into a detox program, then you want to make sure they’re linked to ongoing addiction treatment and close follow-up because the likelihood of relapse is so high,” he said.

In a related CMAJ commentary, Drs. Joseph Donroe and Jeanette Tetrault of the Yale University School of Medicine, say the expansion of access to care for opioid use disorder requires primary-care providers to take the lead, “as they do with other chronic diseases of similar complexity, such as diabetes.”

“Importantly, the guideline is geared toward front-line providers, who are vitally important to decrease the existing treatment gap.”