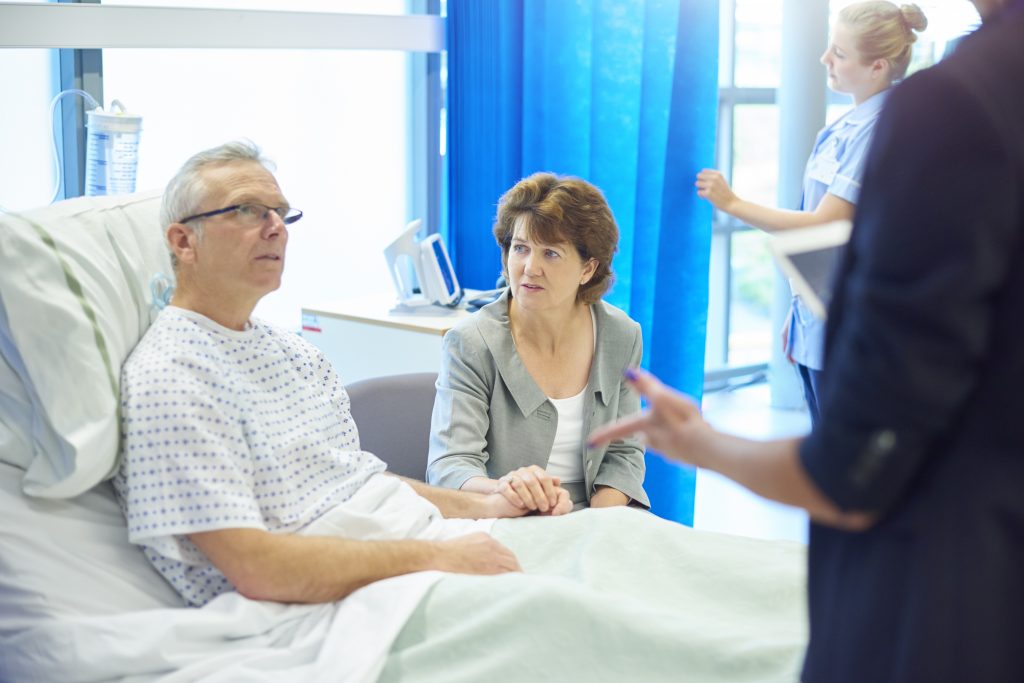 A small study puts a fine point on the concern that major surgery, which is highly invasive, may accelerate cognitive decline in some patients.

Nobody would argue that undergoing a major surgical procedure is a walk in the park, but the worry over post-surgery cognition has, up until now, been based largely on anecdotal evidence.

The new study’s results, which appear in JAMA Neurology, point to a possible culprit for patients’ post-surgery befuddlement: Blood levels of a substance proven to be highly predictive of the onset of Alzheimer’s disease rose markedly during cardiac surgery and remained elevated for two days post-surgery, which was when levels were last measured.

Heart surgery, a lengthy operation typically involving substantial tissue injury, is particularly stressful and causes inflammation throughout the body, including the brain, says Martin Angst, an anesthesiologist at Stanford University with an interest in biochemistry-based predictions of surgical outcomes who helped lead the study. So is cardiopulmonary bypass, an accompanying procedure during which an external device is used to pump a patient’s blood instead of the heart.

The brain apparently doesn’t like inflammation. Researchers think this may explain reported losses of mental acuity after major surgery. Post-operative impairment of memory, cognitive, and other mental functions have been reported among 40%-60% of cardiac surgery patients at discharge, with 20%-40% of such patients still experiencing symptoms three months after surgery and 10% of those patients developing sustained mental deficits lasting a year or longer, according to Igor Feinstein, an anesthesiologist who initiated the newly published study a few years ago to determine with some precision whether surgery may exacerbate or accelerate cognitive decline.

In their investigation, the research team analyzed blood samples taken from six patients (median age 65) undergoing cardiac surgery, which took more than 5½ hours and involved a cardiopulmonary bypass; and from eight patients (median age 76) undergoing hip-replacement surgery, a less rigorous but still substantial procedure that was completed within two hours. (All patients were anesthetized. None had prior diagnoses of neurodegenerative disease or had shown any signs of being at risk for it.)

The significance of lingering post-surgical cognitive impairment hasn’t been clear. Older adults and those with pre-existing cognitive impairments are believed to be more susceptible to this consequence of surgery. On the other hand, older people are also more likely to exhibit losses of mental agility in any case.

“A 70-year-old patient would come in, and his spouse would tell us, ‘He was doing great until he had surgery, and now a year out he’s still having memory problems,’” says coauthor Mike Greicius, a neurologist and the director of the Stanford Center for Memory Disorders. “We’d think of it as coincidental, the kind of thing that might have happened anyway, even without surgery.”

But “this shows that major surgery, at least in the short term, drives up blood levels of a protein that we see as a particularly accurate indicator of Alzheimer’s disease progression,” he says.

“This is the first time surgery has been linked to biochemical changes that are highly specific warning signs for this devastating disease,” says Feinstein.

Feinstein and Angst were intrigued when Greicius, an Alzheimer’s expert who has expertise in diagnostics and predictive biomarkers of cognitive disorders, informed them that high levels of a chemical in blood called p-tau181 can reliably flag the onset of Alzheimer’s disease several years before symptoms manifest. (This chemical’s blood levels track closely with the build-up of the so-called neurofibrillary tangles, which are classic hallmarks of Alzheimer’s disease.)

During surgery, cardiac-surgery patients’ p-tau181 blood levels jumped more than 5-fold in every case, exceeding levels predictive of progression to Alzheimer’s. Although these levels declined in the first two days after surgery, they remained higher than normal.

In hip-surgery patients, the increase, although present, was milder: a 2.5-fold rise in p-tau181. The levels, which were slightly above those considered predictive of Alzheimer’s disease, remained high one and two days after surgery before returning to the normal range.

Are those results clinically meaningful? It’s too soon to say. The trial was small and of short duration—blood levels of these substances were measured for just three days post-surgery—so these findings will need to be confirmed and extended in future investigations, the authors says.

There is no evidence from the study to suggest that any of the 14 patients went on or will go on to develop Alzheimer’s disease or any other cognitive problems, notes Greicius.

For now, Greicius emphasizes, “if you need cardiac surgery, by all means get it done. Don’t let these findings dissuade you from getting the operation.”

But, the coauthors agree, the results do pose a strong argument for larger, longer-term studies designed to chart major surgery’s cognitive effects over time. The investigators intend to conduct such a trial.

“We want to know how people are doing three, six, and nine months out,” Angst says. “Do their p-tau181 levels drop back into the normal range? Are they showing any signs of cognitive impairment?”

For now, Greicius suggests, if you require surgery and are at risk of cognitive decline—50 or older, currently experiencing cognitive difficulties, have a family history of cognitive decline, etc.—you may want to ask your physician if a less invasive surgical procedure (for instance, laparoscopy) is an option.

Related
AI predicts patients at highest risk for severe pain, increased opioid use post-surgery
Persons with Alzheimer’s disease have a higher risk of head injuries
New model predicts risk for complication in spinal surgery
The Lancet: Inappropriate pain management after surgery is a major cause of the opioid crisis