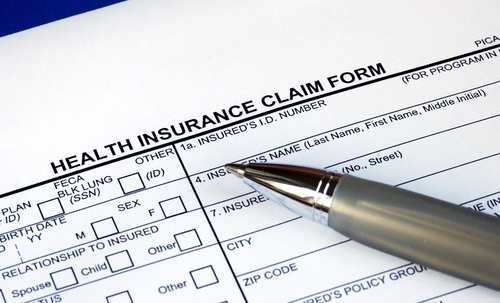 Organizations that offer health benefits to their employees are looking for more information and analysis regarding their plans, according to the 2015 edition of The Sanofi Canada Healthcare Survey, a comprehensive survey on Canadian health benefit plans.

“It’s encouraging that plan sponsors are looking for more information in these areas. It tells us there could be an appetite to do more, which we really haven’t seen before,” said Marilee Mark, vice-president, market development, at Sun Life Financial and a member of the advisory board for The 2015 Sanofi Canada Healthcare Survey.

“It is necessary to make these links so they can offer effective and sustainable programs. The benefits of good health go beyond reducing costs. We know that healthy, happy individuals are more satisfied in their personal lives and more productive in the workplace. It just makes good business sense,” Fairest said.

“Employers underestimate the prevalence of chronic disease in their workplaces and they underestimate the positive impact they can have on employee health,” said David Willows, advisory board member and vice-president, strategic market solutions, at Green Shield Canada.

On the wellness front, 45 per cent of employers report offering programs or support for health and fitness (such as weight-loss programs, fitness challenges), a finding that has not changed much since first explored in 2012. Among employees who say they have access to such programs, 34 per cent say they definitely (11 per cent) or somewhat regularly (23 per cent) participate. Level of participation is even lower among employees who describe themselves as being in poor or very poor health (30 per cent), and 39 per cent do not participate at all.

Most plan sponsors regard benefit plans as a form of compensation or reward (39 per cent), or as a cost of doing business to be competitive (26 per cent). Almost a third (31 per cent), meanwhile, indicate they make the connection between healthy employees and healthy businesses – which is the right approach, says the advisory board.

“Managing health becomes as important as managing turnover, competitive compensation, etc.,” said Serafina Morgia, senior consultant at Towers Watson. “We can reshape how to use benefits dollars more effectively, for example, so that dollars can be put toward health risk screenings.”

The survey shows that almost half (47 per cent) of plan members submitted at least one claim for paramedical services in the past year, and those that did had submitted a total of 7.3 claims on average – a frequency second only to prescription medications (9.5). While paramedical services can help make the connection between health productivity for those suffering from injury or chronic pain, their level of use may suggest the need for eligibility based on clinical criteria rather than self-perceived needs, survey proponents said.

“When you consider the disability issues in some workplaces and the issues around specialty pharmaceuticals, which can be life-changing for plan members, the cost and use of some paramedicals just don’t seem to make sense,” said Paula Allen, vice-president of research and integrative solutions at Morneau Shepell.

Other findings
Three-quarters (77 per cent) of plan members say they would not move to a job that did not include health benefits.

Drug (94 per cent), dental (basic 92 per cent; major 83 per cent) and vision care (89 per cent) remain the most valued components of health benefit plans according to plan members.

When offered a list of seven possible new health benefits, plan members were most likely to select onsite health risk screenings (45 per cent), followed by onsite immunizations for infectious diseases (40 per cent).

Eighty-five per cent of plan members say they have one or more health or fitness goals – and one in five reports that their workplace is a barrier to reaching those goals.

The 2015 edition of The Sanofi Canada Healthcare Survey was initiated by Rogers Insights Custom Research group on behalf of Sanofi Canada. In total, a national sample of 1,504 primary holders of group health benefit plans completed the study. The data has been statistically weighted to ensure the age, gender and regional composition of the sample reflect those of the adult population according to the 2011 Census data. This survey was coupled with another online survey of 504 health benefit plan sponsors from across the country to bring employers perspective on the issues at hand.