All the fuss about exogenous ketones 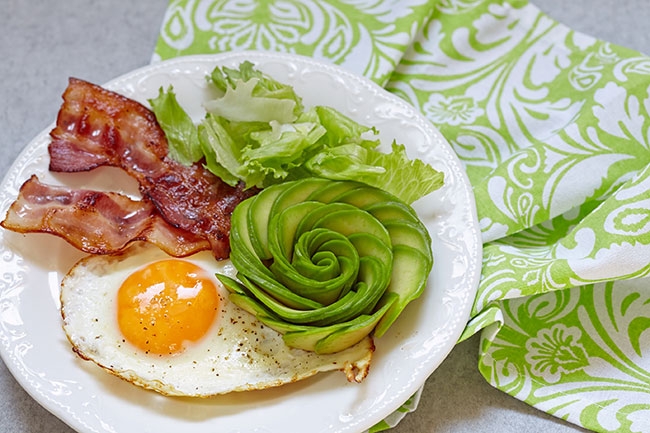 Science suggests fats, protein and carbohydrates may be the only macronutrient choices for people. However, some in the scientific field are speculating that newly available exogenous ketones (EK) could be the fourth macronutrient as they are energy-containing molecules.

It all begins with the ketogenic diet, which promotes high levels of healthy fats, moderate protein and very low carbs. This strict diet is intended to transition the body into a state of ketosis – a metabolic state where most of the body’s energy supply comes from ketone bodies in the blood. This is in contrast to a state of glycolysis, where blood glucose provides most of the energy.

There is significant literature surrounding the ketogenic diet. Of note is the neuroprotective effect where ketone bodies can serve as an alternative fuel for the brain, and have been associated with improved cognitive function in conditions including Parkinson’s disease, Alzheimer’s and epilepsy.

Ketones
There are two fuel sources in the body: glucose and ketones. This parallel system is designed to use ketones as an energy source. However, many of us have not been in ketosis or using ketones as fuel since we were infants. When consuming a ketogenic diet, during prolonged fasting or prolonged physical exercise, we can transition the body to use fat for fuel. When using fat for fuel, ketones are made in the liver from the breakdown or oxidation of fats. This is the endogenous production of ketones. The dietary approach, or nutritional ketosis, can take days to weeks, even months, to achieve.

Now, with scientific advances, ketones can be made in a lab outside of the body. These are known as exogenous ketones. Supplementing with EK allows you to experience ketosis and elevated blood ketone levels. This can now occur independent of dietary restrictions. This puts the body into ketosis in approximately 45 to 60 minutes, and occurs even when there are normal levels of blood glucose.

In an article, Dominic D’Agostino, a researcher and associate professor with the College of Medicine at the University of South Florida, told Hacked magazine that because “nutritional ketosis is difficult to achieve and sustain for many people, the use of exogenous ketones enables you to circumvent the dietary restrictions and achieve the benefits of the ketone metabolite.”

Additionally, because researchers consider the ketone body to be the key component behind the effects of the ketogenic diet, the potential for EK is quite a buzz in the scientific, medical and fitness fields.

To understand exogenous ketones, it is vital to note there are three types of ketones: beta-hydroxybutyrate (BHB), acetoacetate (ACA), and acetone – all three are the normal by-products of fat breakdown by the body. BHB is the primary ketone the body can most efficiently use as fuel, and it is actually found naturally in many foods. A ‘BHB salt’ is simply a compound that consists of sodium, potassium and the ketone body BHB. Most consumer products are currently a BHB salt.

Patients may come in to a chiropractic clinic already using ketones and are looking to their doctors for an opinion, or doctors may recommend that their patients may benefit from ketones. With such a broad range of clinical applications and health implications, it is valuable to become educated on this topic.

Energy
Ketones are regarded as a superior fuel source. They are faster and more efficient than the way our bodies use glucose, because ketones do not require insulin to provide energy to cells. A ketone molecule also provides more ATP energy than glucose molecule. As well, oxygen consumption is less through the energy pathway. Furthermore, with ketone bodies there is a decrease in free radical damage.

Inflammation
Researchers have demonstrated that the compound BHB directly inhibits NLRP3, part of a complex set of proteins called the inflammasome. The inflammasome drives the inflammatory response in many disorders such as: autoimmune diseases, type-2 diabetes, Alzheimer’s disease, and inflammatory disorders. This also gives implications for acute and chronic injury in the clinical setting.

Blood sugar modulation
It is possible to use glucose and ketones simultaneously. With such a ‘dual fuel’ situation, blood glucose levels drop, sometimes significantly and preserve energy. Without requiring insulin for cellular energy, and combined with a higher fat diet, scientists believe this could be very beneficial for people with insulin resistance conditions.

Weight control
EK can be consumed without any dietary modifications. However, as part of a healthy lifestyle using EK, it is recommended that people consume more fat, being a slow-burning fuel than sugar with more calories. Once ketone levels go up, ghrelin, the hunger hormone, will recalibrate itself. As the ketone level rises, CCK, a satiety hormone, is also activated. It is the interplay between these two that has led to the idea of cyclical ketosis. It is believed one should cycle in and out of ketosis to mimic the ancestral pattern of feast and famine.

Cellular communication
BHB has been shown to function in cellular signaling and has demonstrated that it serves to link the outside environment to cellular function and gene expression. This is considered to have important implications for the pathogenesis and treatment of metabolic diseases including type 2 diabetes.

Ketogenic diet
The strict nature of the ketogenic diet makes adherence and sustainability difficult considering factors like stress, hormones and protein intake can disrupt the state of ketosis. EK supports the endogenous production of ketones in the body and allow for better dietary adherence and sustained ketosis. This allows the general population to benefit from ketogenic diet with the enhancement of the ketone metabolite.

Athletic performance
The benefits extend beyond the clinic to sports performance. Recently, there has been a re-emerging interest in the effect of ketone bodies with media speculation about these supplements being routinely used by professional cyclists. As something that is being used by professional body builders, endurance athletes, Olympians, UFC fighters and many other professional athletes, there have been lots of talk about exogenous ketones. One theory is that using exogenous ketones preserves muscle glycogen utilization in endurance sports. This is based on dietary approaches to increase fat oxidation during exercise and thought to help spare the body’s glycogen stores. However, this is controversial as there is no clear understanding on the mechanisms. More evidence is needed.

Safety
xogenous ketones are extremely safe. They are water-soluble and already exist in the body. They are also considered safe when pregnant and breast-feeding. While safe for all ages, the dosage will vary based on age. Ketones naturally act as a diuretic, so you lose salt, potassium, calcium and magnesium. It is generally encouraged to increase sodium intake with ketones.

Ketosis is not diabetic ketoacidosis, which is a serious complication of uncontrolled diabetes when the body produces high levels of blood acids, called ketones, in conjunction with high levels of glucose. Diabetic patients should only use exogenous ketone supplements under the care of a physician. Taking the recommended dose of exogenous ketones puts the body into safe, therapeutic ketosis. However, theoretically, it could be possible to elevate your blood ketones to a dangerous level with exogenous ketones. A person would have to consume an exorbitant amount to elevate blood ketones; that is if the water-soluble ketones are all absorbed. This would be about 20 servings of the current consumer-based products.

Quality matters
As we all know, it’s quality over quantity. It is not about the amount of BHB in the product but rather the bioavailability. Although the product choices are limited at this point, the product you choose should be most bioavailable for the greatest clinical impact and therapeutic effect. Ketone supplementation essentially substitutes for ketogenesis, but only bioavailability of ketones in the blood for cellular use creates ketosis. Therefore, it is the quantity in the blood stream that is important, not the quantity ingested.

Research limitations
There are limitations to the current research on ketones. Some evidence available are based on case studies and others that use rat subjects. Some thoughts are proven while others are preliminary or speculation. However, they all provide a foundation and groundwork for future studies. Quality studies are being conducted at the moment. With research emerging, it is up to health-care practitioners to stay informed on this topic.

Applications
With the effects of ketone bodies, implications can span across so many conditions we see in the clinical setting. The exogenous ketones’ ability to affect mild subjective complaints – such as brain fog, cognitive decline and low energy to conditions such as neurological disorders, autoimmune disorders, diabetes and acute and chronic musculoskeletal conditions – make the research being conducted at the moment applicable to our chiropractic practices.

Research continues to emerge regularly to help us better understand the science and use of exogenous ketones. (Editor’s note: For a list of references cited for this article, email the editor at mdeguzman@annexweb.com.)

Dr. Ryan Emmons, is the co-owner of Cadence Chiropractic Sport and Health in Calgary, Alta. He can be contacted at drryanemmons@gmail.com.