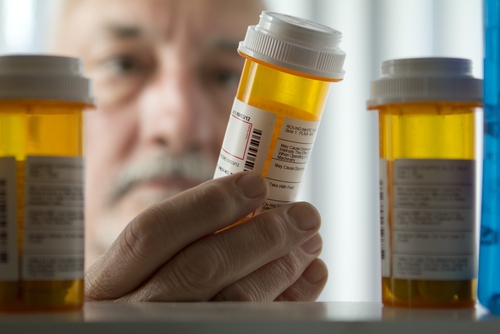 OTTAWA – Health Minister Jane Philpott is vowing to leave no stone unturned as the federal government eyes a number of legislative changes to address an opioid crisis that has resulted in hundreds of deaths in Canada this year alone.

The federal government is trying to turn the tide of the emergency, Philpott said at the conclusion of an Ottawa summit on the issue, noting it will require partnership with her cabinet colleagues in public safety, justice and foreign affairs.

“In the coming months, there are a number of pieces of legislation that are going to address matters related to the opioid crisis and certainly we will do the work necessary,” she said.

Health experts and ministers gathered for a two-day event to examine a national approach to addiction, overdose and deaths related to opioid use.

Canadians with mental illness and addictions should not be treated differently than cancer or cardiac patients, said Ontario Health Minister Eric Hoskins.

“It was a beginning of our collaboration and co-ordination, it will not be the end,” he said.

On Saturday, B.C. Health Minister Terry Lake urged the federal government to waste no time in taking additional action to address Canada’s opioid crisis, including setting up a nationally co-ordinated surveillance system to track overdoses and other drug-related harm.

The province also wants the federal government to look at tools to stop the flow of fentanyl from China by stepping up diplomatic negotiations.

It also needs to equip the Canada Border Services Agency and RCMP with the tools and resources for border control, Lake said in a statement.

British Columbia has recorded 622 overdose deaths since January – more than double the number of people who died in car crashes last year.

The province has felt the brunt of the opioid crisis, Philpott conceded Saturday, as she commended provincial officials for their work to address the “serious and growing crisis” there.

B.C. is also urging the federal government to repeal Bill C-2 – legislation passed by the previous Conservative government – to ensure sites where drug use is supervised and overdoses can be reversed can be established sooner.

The federal government has promised to amend the Respect for Communities Act.

In the meantime, Philpott said her officials are working to support community members during the existing application process.

She said she would “increasingly apply pressure” to ensure sites are opened in communities that want and need them, noting it will require full co-operation by municipalities, communities, provincial health authorities and law enforcement officials.

“I want them to be made available because I know that they save lives,” she told The Canadian Press.

“We have work to do on our part but it is not the federal government alone that will get this done.”

In a joint statement released Saturday at the conclusion of the summit, Health Canada said it would issue an update on its opioid action plan by February 2017.

The department also committed to better informing Canadians of opioid risks and improving access for the drug Suboxone in rural and First Nation communities to assist with addiction.

All First Nation communities are plagued by the opioid crisis, said Isadore Day, the Ontario regional chief for the Assembly of First Nations and lead on the health portfolio.

The suicide crisis in indigenous communities is also directly tied to the opioid issue, he added.

Dr. Gregory Taylor, Canada’s chief public health officer, said Saturday it was critical to have so many different voices together to discuss the complexities of the problem.

“I’ve never been at an event like this in my career, ever,” he said. “I found it overwhelming … we kept coming back to the number of people who are dying as just the tip of the iceberg.”

The escalating opioid crisis has not been appropriately addressed in the last decade, said Nova Scotia Health Minister Leo Glavine, noting he asked the previous government to hold an opioid summit three years ago.

“This conference helped us all realize that no one province, no government official, no organization alone could attack a problem of this magnitude,” he said.