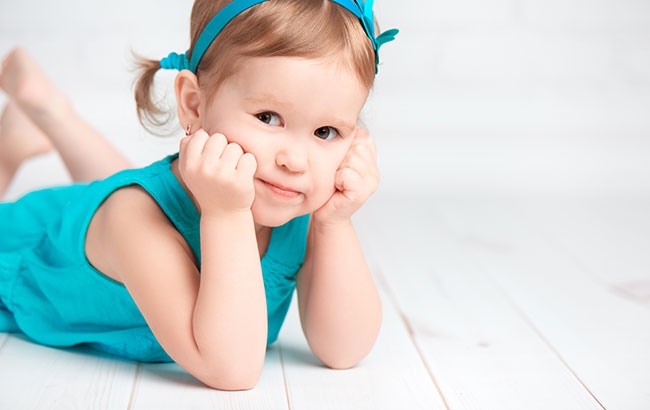 Chiropractors who provide care for children – and families – can attest to the many benefits of a healthy spine to a growing child. However, this relatively new area of focus for chiropractic is susceptible to many misconceptions, among the public and the health-care community.

Many of the public perceptions about chiropractic care for children, however, are far from the truth. We explore these misconceptions and spoke to the experts to get the real facts about this thriving chiropractic focus area.

When some individuals first learn that DCs treat children as well as adults, they may get the wrong idea that chiropractic for kids is new – which is to say untested, experimental and dangerous.

That isn’t the case. Sure, the modern era of this field dates only as far back as the 1980s. But the fact is, the practice actually has much older and stronger roots. “If you go back to 1910, [founder of chiropractic] D.D. Palmer indicated how important it is to check a child’s spine from birth and throughout life,” notes Jeanne Ohm, CEO of the International Chiropractic Pediatrics Association (ICPA), a non-profit organization in Philadelphia.

By the 1980s, many DCs had developed their practices to treat adults specifically. In 1986, Dr. Larry Webster in the U.S. helped re-establish chiropractic care for children as a legitimate area of focus. He started teaching his child-friendly techniques, and he created the ICPA to further help chiropractors treat children.

Webster passed away in 1997, but his legacy continues. The ICPA now has more than 4,000 members and hundreds of DCs are studying to become chiropractors with a special focus on kids.

DCs who treat kids often hear questions along these lines: Why in the world would a child need to see a chiropractor? What good does chiropractic do for a toddler, or even a newborn?

Chiropractors have a few good answers.

“We may see a one-week-old child who is already showing signs of favouring, turning her head to one side versus the other,” says Dr. Judy Forrester, owner of Synergea Family Health Centre, a multidisciplinary clinic in Calgary, Alta. “That may seem minimal… but if we can determine any imbalances or asymmetry with the muscular function or the joint alignment, and we address it early, it’s better. Once those postural patterns and habits develop as they grow, they can be much more difficult to change.”

Dr. Liz Anderson-Peacock is a Barrie, Ont., chiropractor who focuses on care for children. She notes the link between the central nervous systems and various childhood afflictions.

“Children may have symptoms like ear infections, difficulty breathing, colic, attention deficit. We do not treat those things per se. We see those as expressions of the body not interpreting the world properly,” explains Anderson-Peacock, who also serves in the editorial board for the Journal of Maternal, Pediatric and Family Health.

Anderson-Peacock now spends most of her time travelling around the world doing lectures and other speaking engagements. She also conducts seminars for the ICPA about chiropractic care for children and families.

Ohm from the ICPA links chiropractic to the very moment a child emerges from the womb. “Birth can be traumatic,” she says. The event could cause physical damage that leads to difficulties later. So if a baby develops breathing trouble, “the real cause may simply be a misalignment to the spine from the birth process. Parents who get that will stop at the clinic on the way home from the birth centre to make sure everything is OK.”

Myth #3
Chiropractors use the same techniques on children as adults.

“That’s what terrifies a lot of chiropractors about adjusting children, as well as parents,” Anderson-Peacock says. “They think we’re going to adjust them like an adult.”

But DCs who treat children do not apply heavy pressure. “Often, it’s a matter of moving the child into a position of ease, holding that position and things will reset quite nicely on their own,” Anderson-Peacock says. Care, she points out, is nowhere near as forceful as it may be for adults.

“That’s why extra training is so crucial. These children are not like miniature adults. For example, spines are primarily cartilaginous until the age of six, and we know cartilage will deform when we have abnormal function. So we want to make sure that function is restored normally. And since the bones are immature, the alignment issues are different. We want to minimize rotations and traction, because children have different needs, due to the immaturity of their musculoskeletal and ligamentous structures.”

The ICPA aims to validate techniques for chiropractic care for children, particularly to help dispel the idea that DCs use the same pressure on kids as they do on adults, Ohm notes. The organization is working with Walter Herzog, co-director of the Human Performance Laboratory at the University of Calgary, to study the pressure required when caring for children. The report should be out by the end of 2015.

Myth #4
There are no real experts in chiropractic care for children.

In Canada, chiropractic care for children is not a recognized area of specialty, which leads some people to think there are no genuine experts in the field. But that isn’t true.

Dr. Stacey Hornick is owner of Market Mall Family Chiropractic in Saskatoon, Sask. She attended McTimoney College of Chiropractic, operated by BPP University – a post-secondary institution in London, England. Over three years, she took courses by correspondence and travelled to Thailand, Hong Kong and Australia to complete the residency portion of the program. Having succeeded in her studies last year, she was granted a master’s degree in Chiropractic Paediatrics.

Hundreds of DCs have taken the ICPA’s programs. The ICPA Diplomate Program involves a total of 400 hours of learning and achieved through the successful completion of two levels of study.

The second part is a 200-hour advanced competency program. It requires 200 hours of work with more emphasis on research, including either a published research case study or a publishable thesis, as well as clinic work. Enrollment in the first level (200-hour certification program) is a prerequisite to enroll in part two.

Chiropractic care for kids may not be a recognized specialty in Canada, but chiropractic associations recognize it as a legitimate area of focus.

In a statement, the Alberta College and Association of Chiropractors (ACAC) has acknowledged, “chiropractic treatment is as beneficial to children as it is to adults and that the efficacy and benefits of the delivery of chiropractic care to individuals 18 years of age and under are well supported by a body of ongoing research and documented case histories.”

“I often refer pediatric patients to their medical doctors and to medical specialists, and we communicate clearly in the best interests of the child. I see our roles as complementary.”

Forrester also says she has good ties with medical doctors. “The majority of them are very much in favour of working together. Every once in a while you run into someone who thinks we’re all a bunch of quacks and they’re not up to date with the sorts of things we do. But by far the relationship with pediatricians is healthy and puts the patients’ best interests first.”

Reality recap
Chiropractic care for kids is not new. Children benefit from chiropractic care. Techniques for children are safe and nowhere near as forceful as they may be for adults. Many DCs are qualified experts, and many child-focused chiropractors establish strong connections with medical doctors. The truth is, DCs can and do share the benefits of their profession with patients across the entire age spectrum.

She studied at McTimoney College of Chiropractic, operated by BPP University, a post-secondary institution in London, England. The McTimoney program is the only pediatric chiropractic program that meets the academic requirements for entry into doctoral studies (PhD) in the specific content area of chiropractic pediatrics, an opportunity never before afforded the chiropractic profession, she says.

“For me, it was important to seek out a highly respected qualification in pediatric care,” Hornick says. “There were no university-accredited courses in pediatrics in North America that I was aware of at the time. I liked the idea of studying abroad and at the same time becoming an expert in pediatric-specific assessment, and adjusting techniques that were gentle yet neurologically precise.”

It takes stamina and smarts to get into and complete this tough three-year course. Read on for the requirements. Do you have what it takes?

To enter the program, a candidate must have: a professional qualification in chiropractic and registration with a relevant chiropractic governing body

In each of the first two years of the program, the student must complete:

In the third year of the program, students must complete a research project, including project design, implementation and report at a publishable standard. Hornick’s dissertation: The Effect of Chiropractic on Cortisol Levels in Infants with Colic. The investigation aimed to help doctors understand why chiropractic adjustment has a positive influence on colicky infants. Hornick found that infants with colic who receive chiropractic care demonstrate salivary cortisol release patterns similar to those seen in infants with no colic.

Stefan Dubowski is a freelance writer based in Ottawa. You can reach him at dubowski@stiffsentences.com.