Half a century and going strong!

The Journal of the Canadian Chiropractic Association celebrates its 50th anniversary 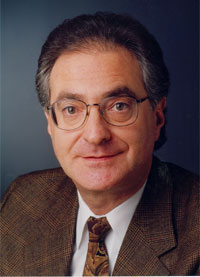 I am proud to announce that this year marks the fiftieth anniversary of the Journal.

The “Canadian Chiropractic Journal” was inaugurated in January of 1957. The editor was Dr. Don Sutherland and Volume 1, No. 1, carried an editorial regarding ‘authoritative communication’ which has, since, been reprinted in the December issue of the JCCA to reflect on the times. Dr. Sutherland stated “An adequate means of communication is vital if we are to go far. What army will try to advance without an assured line of communication?”

Also in that issue, were the words of the president of the Canadian Chiropractic Association in 1957, Dr. G.H. Young, of Vancouver, who said “It is time that Canadian chiropractic began to spread its wings and go places”. And so, the journal began it’s flight.

The last issue of that year, Volume 1, No. 5, carried a significant editorial regarding each member’s responsibility to the profession. This was authored by another of the profession’s exemplars, Dr. H.K. Lee, who was also the journal’s associate editor and has also been reprinted. Dr. Lee wrote,

“From the scientific standpoint, have you ever stopped to ask yourself, ‘Have I ever made any contribution from a research point of view and shared it with my fellow chiropractors?’ It is so easy to leave investigation to a few and go along in the same old rut year after year.”

These two editorials set the stage for professionalism, asked highly pertinent questions and created very important “expectations”. They are timely, even today, 50 years later. I encourage you all to read them.

The first issue of the Canadian Chiropractic Journal also carried the Clinic News section edited by Dr. H.L. Gauthier, then our Clinic Director. Also noteworthy, was the first case history prepared by Walter Coveyduck who was a senior intern from Hamilton.

Today, the Journal of the Canadian Chiropractic Association (JCCA) sits on the library shelves of 120 of the world’s leading health sciences universities.

The Journal’s Editorial Board consists of an international group of chiropractic experts who receive, nurture and approve the scientific contributions the profession makes to the global research community. The JCCA not only adds to the scholarly literature of the scientific community, but it also withstands its rigorous scrutiny.

The JCCA, this year, has become part of the PubMed databases system and is now digitally archived at the U.S. National Institutes of Health (NIH) which was developed and managed by NIH’s National Center for Biotechnology Information (NCBI) in the National Library of Medicine (NLM). This has brought tremendous credibility to our profession.

The Journal has become the vehicle to document the clinical evidence that we, as clinicians, experience everyday in our practice with our patients and has indeed facilitated a true research culture in the profession.