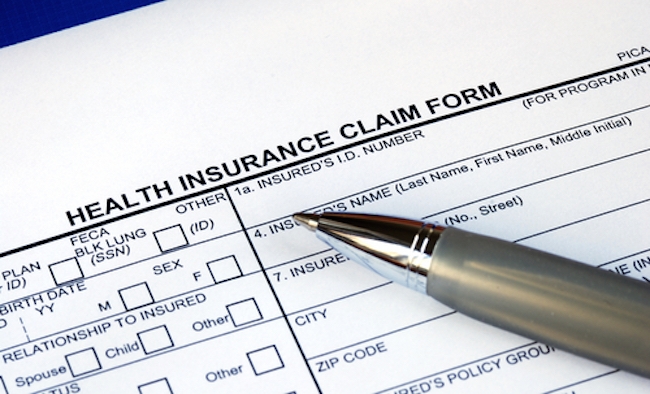 “Medical marijuana has become a very important part of their treatment program and pain management program,” said Connor, referring to patients who have cancer, multiple sclerosis, rheumatoid arthritis, or those requiring palliative care.

Currently, the vast majority of registered patients must pay for medical marijuana out of their own pockets. But the move by Sun Life, which provides health benefits coverage to more than three million Canadians and their families, or one-in-six Canadians, could set a precedent for other insurers.

The new offering comes as the country moves to legalize cannabis for recreational use later this year and as the number of registered medical marijuana patients grows. There were more than 235,000 medical marijuana patients in the system across Canada at the end of September 2017 – the most recent date for which data is available – more than double the roughly 98,500 a year earlier, noted Vahan Ajamian, a Beacon Securities Ltd. research analyst.

“The insurance companies have been getting pressure to cover this as a regular medicine,” he said.

Meanwhile, pharmacists and pharmacies have also been warming up to cannabis.

Shoppers Drug Mart has lined up supply agreements with licensed producers, conditional upon Health Canada’s approval of its application to dispense the drug. The Canadian Pharmacists Association and two Quebec groups representing the industry have also said that pharmacies should play a leading role in medical marijuana’s distribution.

“Although there may not be immediate benefit for patients as specific plan sponsors will need to purchase the coverage, this move will make covering medical cannabis simpler than today’s exception process and speaks volumes to the broader acceptance and legitimacy of medical cannabis,” he said.

A number of plan sponsors have moved to cover medical cannabis costs over the years, Zaid noted, including the University of Waterloo’s student union, the Arthritis Society, Loblaw Companies Ltd., the Ontario Public Service Employees Union (OPSEU), and the Labourers’ International Union of North America. Those plans have varying eligibility criteria and levels of coverage, he added.

Starting March 1, plan sponsors with Sun Life will have the option to add medical cannabis coverage to extended health-care plans, ranging from $1,500 to $6,000 per covered person per year.

In order to qualify for coverage, Sun Life plan members must meet specific criteria including an authorization letter from a physician and registration with a medical marijuana producer licensed with Health Canada.

Sun Life will also conduct periodic reviews of the growing body of clinical research supporting the use of medical cannabis for other conditions, and update its criteria if necessary, the company said in a document updating their client base of 22,300 plan sponsors.

Although this coverage does not encompass the full range of conditions and it is unclear how many businesses will use it, the insurer’s new offering is a positive development for Canada’s licensed medical marijuana producers, said Ajamian.

“Anything that makes it easier/cheaper for patients to get access should result in more patients, more volume, and (especially if it’s free) potentially more pricing power for producers,” he said in an email.

“Manulife is supportive of clients that want to consider introducing medical cannabis as an option,” the spokesperson said in an emailed statement. “We also recommend that clients put limits and some management controls in place as this is an emerging market that is quickly evolving.”

“Currently, our plan sponsors who offer health-care spending accounts as part of their group benefits can cover medical marijuana through their HCSAs,” a spokesperson for the insurer said.

As acceptance among insurers and employers appears to grow, a landmark battle over coverage of medical marijuana that helped add to the public conversation remains in the hands of the Nova Scotia Court of Appeal.

In October 2016, ThyssenKrupp Elevator Canada elevator mechanic Gordon Skinner went before the province’s Human Rights Tribunal over his union’s denial of coverage for his prescribed medical marijuana. The Nova Scotia man was injured in a motor vehicle accident in August 2010 while working, and was later prescribed medical cannabis to help with chronic pain. In January 2017, the tribunal ruled that the Board of Trustees of the Canadian Elevator Industry Welfare Trust Fund discriminated against Skinner, and ruled that his employer must cover medical marijuana.

The union took the case to the Nova Scotia Court of Appeal last fall, and Skinner is now awaiting the final ruling, said his counsel Hugh Scher.

Scher is optimistic about the outcome and noted Sun Life’s new offering is “a very positive development in the sense of recognizing the efficacy of medical marijuana, and attempting to provide for a means of enabling employers and insurers to address that need.”