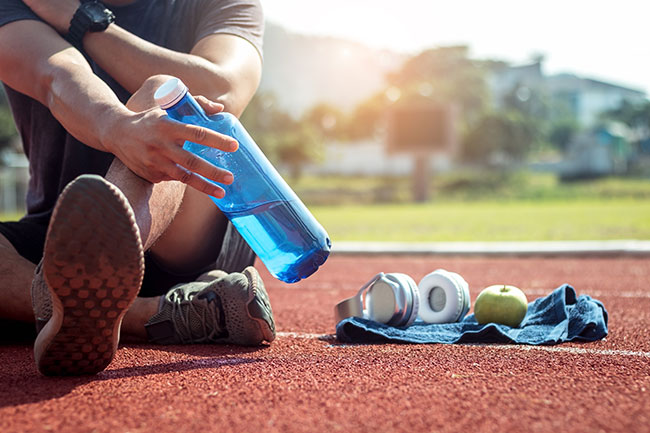 Every summer we invariably deal with at least one heat wave. With global warming, they are becoming longer, more intense and more frequent. Heat waves are now among the most dangerous global natural hazards we face, accounting for more fatalities on average than any other extreme weather event, according to the United States National Weather Service.

Canada is not immune, as evidenced by the recent heat wave across the Pacific Northwest that included a Canadian record-breaking temperature of nearly 50 C in Lytton, B.C. near the end of June. During the week of the heat wave, the province had tripled the number of reported deaths that normally occur during that period.

While the sharp rise in mortality rate during a heat wave is apparent, the cause of those deaths may not always be. Heat stroke is not the only issue. The biggest factor is the stress that extreme heat places on the cardiovascular system (the heart and blood vessels).

Heat stroke, perhaps the most obvious consequence of a heat wave, is the progression of heat exhaustion, a milder condition that causes symptoms such as heavy sweating, clammy skin, fatigue, feeling faint or dizzy, nausea and headache.

Heat stroke is serious and can be life-threatening. It is subclassified as either classic (occurring when someone is at rest) or exertional (occurring through strenuous physical activity). Both forms result in a series of reactions that cause excessive inflammation, leading to central nervous system dysfunction (confusion, seizures or loss of consciousness) and multiple organ failure.

In classic heat stroke, it is poor heat-dissipating mechanisms or simply excessive heat exposure that is the culprit. With exertional heat stroke, it is the excessive metabolic heat during exercise that exceeds the body’s ability to maintain its temperature through heat-loss mechanisms like sweating. The common characteristic of both forms is a core temperature exceeding 40.5C (normal is 37C).

When core and skin temperature rise, thermosensors across the body respond by shunting a large proportion of blood to the periphery (skin). This has two primary effects:

This process of increasing blood flow to the skin to regulate body temperature (thermoregulation) is taxing on the cardiovascular system. The blood vessels near the skin need to dilate, and the heart needs to pump harder and faster.

That is where the major problem lies: A large fraction of the population has some form of cardiovascular disease. Nearly 10 per cent of Canadian adults suffer from heart disease, and nearly two-thirds of Canadians are prone to impaired heart and metabolic function by being overweight. Not surprisingly, rates of cardiovascular events are notably increased during a heat wave.

Invariably those who cannot escape the heat, namely outdoor workers and those with poor access to air-conditioning, are most at risk. Young children are also at risk because of their small body size and underdeveloped thermoregulatory system. However, advanced aging and cadiovascular disease is proving to be the biggest factor.

The primary prevention of heat illness is through immediate behaviour. Seeking air-conditioned environments, increasing air flow through electric fans, wearing light, breathable and loose-fitting clothing, keeping hydrated and avoiding strenuous activities (especially in the sun) should be the first line of defence, particularly in vulnerable populations.

However, assuring that the cardiovascular system is ready to take on the heat will be an integral step in curtailing the rates of heat illness. If daily exercise is not an option (or too difficult), an alternative may be to safely fight fire with fire — that is, through heat therapy.

Supervised heat therapy is emerging as a therapeutic tool for cardiovascular disease by improving heart and blood vessel function. It may also lead to moderate heat acclimation, which can make it easier to deal with the heat by improving the body’s thermoregulatory response system.

In the end, exercise, a healthy diet, and perhaps also heat therapy (if done safely) will not only reduce the incidence for the leading cause of death worldwide (heart disease), it will also reduce the excess deaths during a heat wave.

Indeed, excess mortality during a heat wave is only marginally explained by incidences of outright heat stroke. Most often it is secondary from the increased cardiovascular burden associated with thermoregulatory responses to the heat.