By The American Heart Association  September 8, 2022 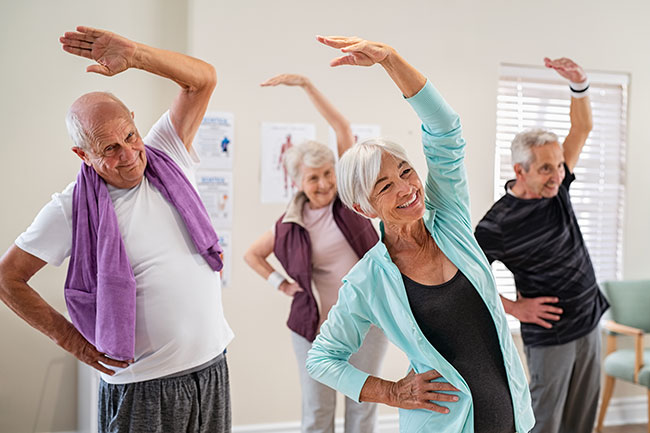 When high blood pressure was induced in young mice, they had bone loss and osteoporosis-related bone damage comparable to older mice, according to new research presented at the American Heart Association’s Hypertension Scientific Sessions 2022 conference. The meeting is a scientific exchange focused on recent advances in basic and clinical research on high blood pressure and its relationship to cardiac and kidney disease, stroke, obesity and genetics.

“Bone marrow is where both new bone and new immune cells are produced. We suspect that more pro-inflammatory immune cells in the bone marrow may be leading to damage of the bone and making it weaker,” said lead study author Elizabeth Maria Hennen, a Ph.D.-candidate in biomedical engineering at Vanderbilt University in Nashville, Tennessee. “By understanding how hypertension contributes to osteoporosis, we may be able to reduce the risk of osteoporosis and better protect people later in life from having fragility fractures and a lower quality of life.”

After six weeks, researchers analyzed the bones of mice from all four groups using micro-computed tomography, an advanced imaging technique. Bone health was determined by strength and density of the bone. Mathematical algorithms were used to estimate the potential effects of hypertension and aging on the microstructure and strength of the bone in the mice.

In contrast, the older mice who were given the angiotensin-II infusion did not exhibit similar bone loss. During the study, however, the old mice, with or without high blood pressure, exhibited a reduced bone quality similar to that of the hypertensive young mice.

“In these mice, being hypertensive at a younger age essentially aged bones as if they were 15-25 human years older,” Hennen said.

To assess the impact of inflammation on bone health of the mice, researchers analyzed the bone marrow using flow cytometry. This tool allowed researchers to identify individual cells and to sort out specific immune cells. In the hypertensive young mice, they found an increase in the number of inflammatory signaling molecules, indicating an increase in inflammation in the bones when compared to the young mice that did not receive angiotensin II.

“This increase in active immune cells tells us that the older mice are more inflamed overall, and that a continued state of inflammation, whether they had high blood pressure or not, may have an impact on bone health,” Hennen said. “It appeared that high blood pressure was adjusting the bone remodeling process toward bone loss, rather than bone gain or bone equilibrium, in the hypertensive young mice. As a result, bones will be weaker, leading to an increased risk for osteoporosis and fragility fracture. In humans, this might mean that we should screen for osteoporosis in people with high blood pressure.”

Hennen adds that these findings may help researchers identify the immune cells and mechanisms that play a role in human bone health. This depth of knowledge may lead to new approaches to prevent osteoporosis in early adulthood.

The study limitations include that it is only descriptive, so additional research is needed to investigate how specifically the different types of immune cells may contribute to bone loss. In addition, it is unknown whether a similar link exists in humans, so similar research in humans is needed to confirm these findings.