High blood pressure means faster slide into signs of dementia or Alzheimer's, but does not explain the overall disparity between Hispanic/Latino people and non-Hispanic people in dementia risk. 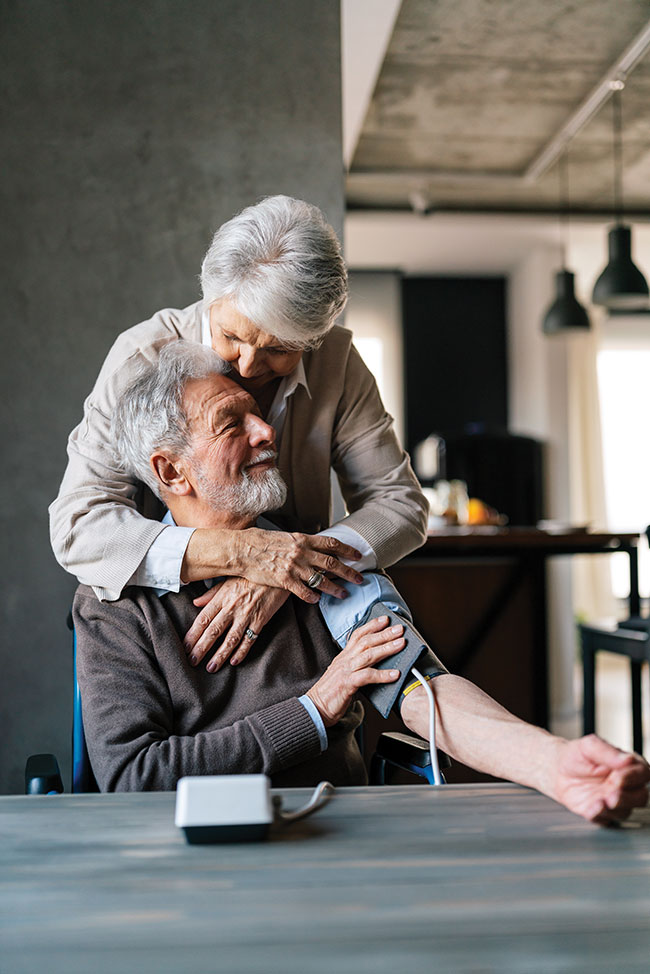 The researchers traced high blood pressure’s association with declining brain function over years, in data from six large studies that they pooled and analyzed. They show that blood pressure-related cognitive decline happens at the same pace in people of Hispanic heritage as in non-Hispanic white people.

The team had set out to see if differences in long-term blood pressure control explained why Hispanic people face a 50% higher overall risk of dementia by the end of their life than non-Hispanic white people in the United States.

But the new findings suggest that other factors may play a bigger role in that disparity.

Nevertheless, the new study in the Journal of Alzheimer’s Disease serves as an important reminder of the key role that controlling blood pressure plays in long-term brain health, says Deborah Levine, M.D., M.P.H., lead author of the study and director of the University of Michigan’s Cognitive Health Services Research Program.

“Since other studies have shown that people of Hispanic heritage in the United States tend to have higher rates of uncontrolled hypertension than non-Hispanic white people, due in part to worse access to care, it’s vital that they get extra support to control their blood pressure even if blood pressure is only part of the picture when it comes to their higher dementia risk,” she adds. “A risk factor like uncontrolled high blood pressure that is more prevalent in one group can still contribute to substantial health disparities.”

Levine and her colleagues looked at changes in the thinking and memory abilities of adults over 18 who took part in six long-term studies conducted over the past five decades. On average, they had access to nearly eight years of data from each person, including systolic blood pressure, which is the top number in any blood pressure reading.

The size of the data set allowed them to trace blood pressure readings and changes on tests of cognitive performance, executive function and memory in Hispanic and non-Hispanic white adults more clearly than any one smaller data set could.

Overall, the downward trend in thinking and memory due to high blood pressure happened at the same pace in both groups.

When Levine and colleagues looked just at the two studies that had deliberately recruited people of Hispanic origin, they saw a faster decline in overall cognitive performance in the Hispanic group compared with the non-Hispanic white group.

Levine notes that the studies included data on years of education. But they did not include full information about factors known as social determinants of health — including income, education quality, early life experiences, family factors, living circumstances and more — that might drive disparities in cognitive decline between Hispanic and non-Hispanic white people.

Two years ago, members of the study team reported on their findings from a similar analysis of data from Black and White people in some of the same studies. That study found that differences in blood pressure control over time helped explain the faster decline in cognitive performance in Black individuals.

Levine and colleagues at the U-M Frankel Cardiovascular Center are currently studying other aspects of cognitive decline disparities, including her own team’s research on post-stroke cognitive declines, and Lewis Morgenstern, M.D., M.S.’s BASIC Cognition study. Having a stroke can increase the risk of dementia fifty-fold, but it is not known yet what impact controlling vascular risk factors such as blood pressure and blood sugar can have on dementia risk after stroke.