News
Humans have salamander-like ability to regrow cartilage in joints 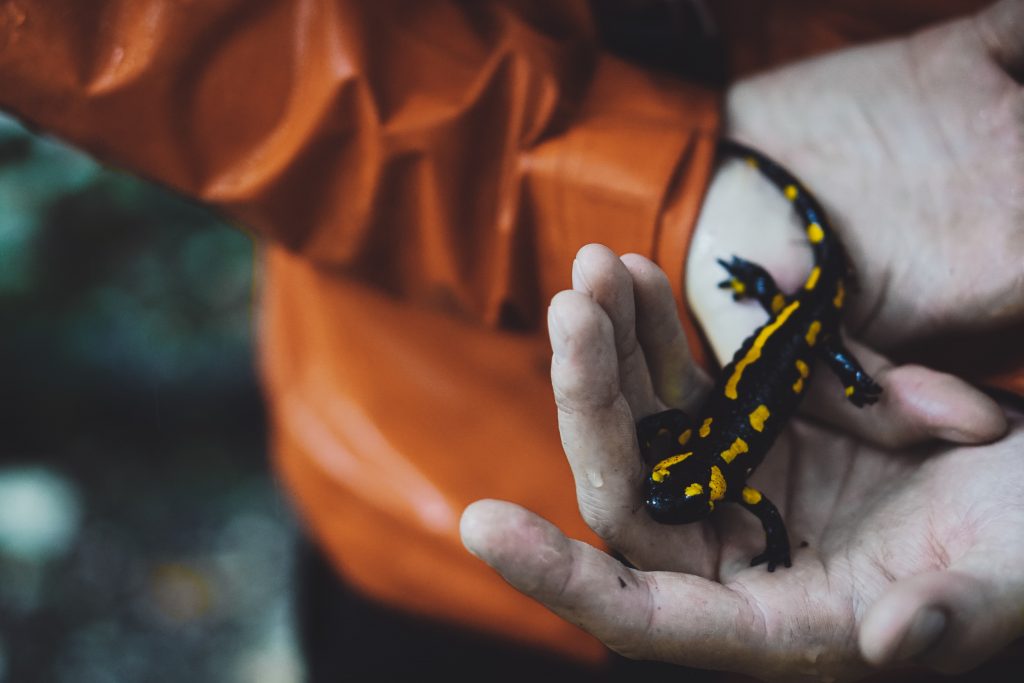 Photo by Andy Køgl [the visiter] on Unsplash

Contrary to popular belief, cartilage in human joints can repair itself through a process similar to that used by creatures such as salamanders and zebrafish to regenerate limbs, researchers at Duke Health found.

Published in the journal Science Advances, the researchers identified a mechanism for cartilage repair that appears to be more robust in ankle joints and less so in hips. The finding could potentially lead to treatments for osteoarthritis, the most common joint disorder in the world.

“We believe that an understanding of this ‘salamander-like’ regenerative capacity in humans, and the critically missing components of this regulatory circuit, could provide the foundation for new approaches to repair joint tissues and possibly whole human limbs,” said senior author Virginia Byers Kraus, M.D., Ph.D., a professor in the departments of Medicine, Pathology and Orthopedic Surgery at Duke.

Kraus and colleagues, including lead author Ming-Feng Hsueh, Ph.D., devised a way to determine the age of proteins using internal molecular clocks integral to amino acids, which convert one form to another with predictable regularity.

Newly created proteins in tissue have few or no amino acid conversions; older proteins have many. Understanding this process enabled the researchers to use sensitive mass spectrometry to identify when key proteins in human cartilage, including collagens, were young, middle-aged or old.

They found that the age of cartilage largely depended on where it resided in the body. Cartilage in ankles is young, it’s middle-aged in the knee and old in the hips. This correlation between the age of human cartilage and its location in the body aligns with how limb repair occurs in certain animals, which more readily regenerate at the furthest tips, including the ends of legs or tails.

The researchers further learned that molecules called microRNA regulate this process. Not surprisingly, these microRNAs are more active in animals that are known for limb, fin or tail repair, including salamanders, zebrafish, African fresh water fish and lizards.

These microRNAs are also found in humans — an evolutionary artifact that provides the capability in humans for joint tissue repair. As in animals, microRNA activity varies significantly by its location: it was highest in ankles compared to knees and hips and higher in the top layer of cartilage compared to deeper layers of cartilage.

“We were excited to learn that the regulators of regeneration in the salamander limb appear to also be the controllers of joint tissue repair in the human limb,” Hsueh said. “We call it our ‘inner salamander’ capacity.”

The researchers said microRNAs could be developed as medicines that might prevent, slow or reverse arthritis.

“We believe we could boost these regulators to fully regenerate degenerated cartilage of an arthritic joint. If we can figure out what regulators we are missing compared with salamanders, we might even be able to add the missing components back and develop a way someday to regenerate part or all of an injured human limb,” Kraus said. “We believe this is a fundamental mechanism of repair that could be applied to many tissues, not just cartilage.”


Related
Space travel and your joints: A novel study of joint cartilage and what it could mean for future astronauts
Exercise helps prevent cartilage damage caused by arthritis
Study looks at tissue engineering to lessen need for certain bone surgery
What makes joints pop and crack and is it a sign of disease?