Increasing frailty may lead to death 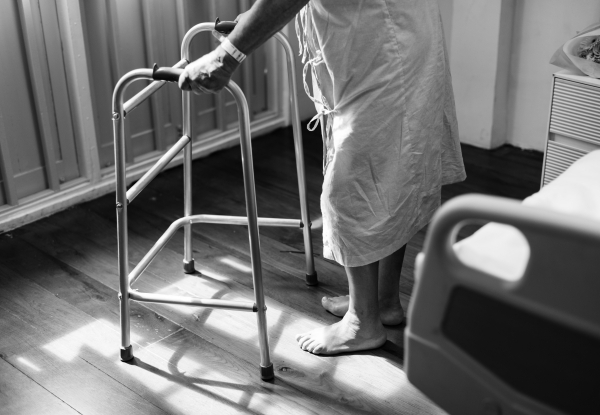 A new study published in Age and Ageing indicates that frail patients in any age group are more likely to die than those who are not frail.

Worsening frailty at any age is associated with significantly poorer patient outcomes, but the relationship is unclear. Previously, studies on frailty have evaluated patients in terms of frail or not (with an intermediate category of “pre-frail” in between).

This study aimed to evaluate the prevalence of frailty its associated risk of mortality, readmission rate, and length of hospital stay in all adults, regardless of age, admitted as a surgical emergency. Researchers here assessed on a frailty scale with values from one to seven, with one indicating patients who were “robust, active, energetic, well-motivated and fit” and seven indicating patients who were severely frail; they were “completely dependent on others for activities of daily living, or terminally ill.”

Researchers collected prospective patient data collated from six U.K. acute surgical units. The group studied included 2,279 patients. Researchers found that each incremental step of worsening frailty was associated with an 80% increase in mortality 90 days after initial admission. In addition, the frailest patients were increasingly likely to stay in hospitals longer, be readmitted within 30 days, and die within 30 days.

Surgeons are faced with challenging decision-making processes and it is not standard practice to reject a frail patient for emergency surgery based on their condition. This is the first study to assess frailty in adults of all ages admitted as a surgical emergency, finding that frailty exists in all age groups and is not exclusive to the older adult population. The researchers here demonstrated that there is an approximately linear relationship between increasing frailty and increased odds of mortality 90 days after initial admission; increasing frailty is associated with incrementally worsening outcomes.

“We found that patients fared worse as they become more frail,” said the paper’s lead author, Jonathan Hewitt. “This was true even in people who were classed as only slightly frail and got increasingly worse the frailer you were.”

Related
Diet quality may affect risk of frailty in older adults
Even ‘minor’ surgery can be risky for frail patients
Frailty is a medical condition, not an inevitable result of aging
Does frailty affect outcomes after traumatic spinal cord injury?