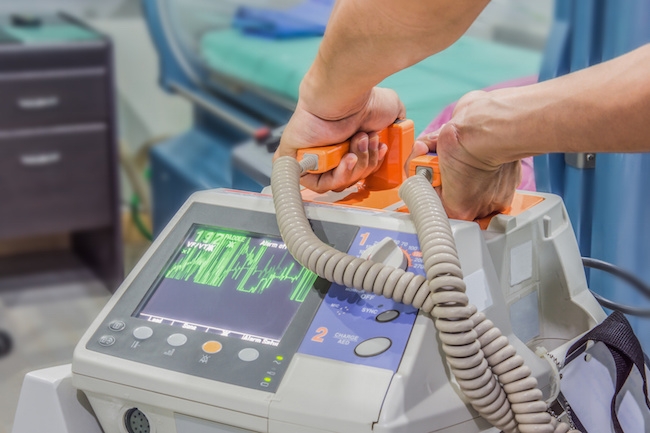 An inquest probing the circumstances surrounding the 2012 death of an Ontario Indigenous woman is recommending stricter protocols for handling intoxicated patients.

Jurors at the inquest heard that Ina Matawapit died in police custody after being turned away from the nursing station in her home community of North Caribou Lake First Nation in northwestern Ontario.

Jurors heard nurses told police to bring Matawapit back for a medical assessment only after she had sobered up from a recent bout of drinking.

The 37-year-old died of heart failure hours after she was turned away.

Emily Hill of Aboriginal Legal Services, who represented the Matawapit family at the inquest, said her death was only probed because of rules mandating that inquiries be made whenever someone dies in police custody.

“Had she been brought to the nursing station by a friend and the exact same things happened, there would be no opportunity to scrutinize what happened,” Hill said in a telephone interview.

Hill said Matawapit’s ordeal began on June 7, 2012 when she was arrested by the Ontario Provincial Police for public intoxication.

While in police custody, Matawapit complained of chest pains and respiratory trouble, prompting police to take her to the community’s nursing station.

The inquest heard that a nurse on duty assessed Matawapit while she lay, semi-conscious, in the back of the cruiser.

After an examination that Hill described as “cursory,” jurors heard the nurse told police to take Matawapit away and bring her back for a full medical assessment only once she was sober.

As part of her testimony at the inquest, the nurse said she was following “northern protocol” by sending Matawapit away, according to Hill.

Hill said the treatment provided to Matawapit fell well short of clinical standards, which dictate that patients in such circumstances should receive a full respiratory, neurological and cardiac evaluation.

Other nurses and a government witness all told the inquest that Matawapit did not receive typical treatment, Hill said, but added that the government expert also testified that Indigenous Services did not have a clear protocol in place for treating intoxicated, unconscious patients.

Hill said the reference to a “northern protocol” suggested that denying treatment to patients in Matawapit’s condition had become an informal yet accepted practice in remote communities.

Alvin Fiddler, Grand Chief of the Nishnawbe Aski Nation, attended part of the inquest and said he was deeply troubled to learn that impaired patients may routinely not be receiving care.

It didn’t take long for Matawapit to decline after being denied treatment, the inquest heard.

After taking her to the police station a few minutes away, Hill said officers noted that her condition had sharply deteriorated. She was no longer breathing and had changed colour, so officers rushed her back to the nursing station.

This time Matawapit was admitted, but more problems soon arose. Hill said the defibrillator at the station did not work properly due to problems with the batteries. When staff tried to administer oxygen, they found the tank at the facility was only 19 per cent full.

Matawapit died shortly after being admitted to the nursing station, Hill said.

Many of the jury’s recommendations were specifically targeted at the North Caribou Lake nursing station, such as exploring options to have community paramedics on the reservation and ensuring more specialized equipment is on hand.

But other recommendations targeted the system as a whole. In addition to its suggestion on intoxicated patients, the jury urged Indigenous Services to consider adding an ombudsman office or liaison role for patients of nursing stations across the country.

They also encouraged more efforts to recruit and retain Indigenous nurses, cultural competency training for all health care practitioners, and a review of equipment such as stretchers and blood pressure cuffs to make sure that larger patients could be properly treated at nursing stations.