Insta-bad: Are some bastardizing the evidence for their own image? 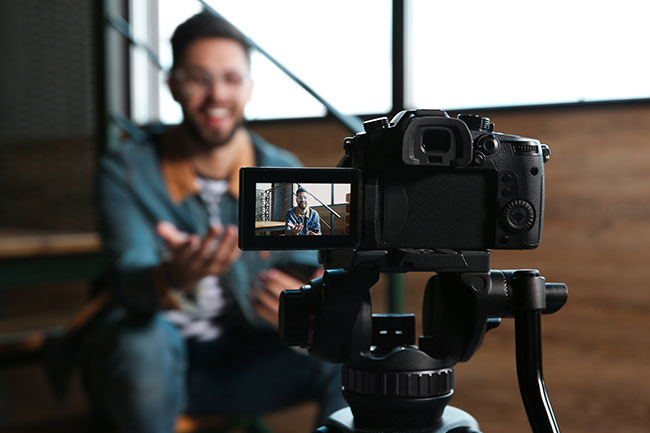 Our profession has traditionally been a mixed bag. Once people come out of school they pretty much do whatever they like – and we let them, for better or for worse. This variability in practice has been a hallmark of the chiropractic profession and while many viewed it as a negative, perhaps we were on to something.

While I was in school, we had the straights and the mixers. Heck, even schools used the lexicon, Sherman School of Straight Chiropractic. Most individuals, such as myself, generally entered CMCC with “some” experience with chiropractic, but not a lot. We had sports injuries, or things our parents wanted us to stop complaining about and physio or a visit to our GP didn’t help. So, we went to Dr. “X” and in most cases, did better. So on to chiropractic school we go! However, most did not understand the dichotomy of the profession and the kind of waters (choppy waters!) we would have to navigate.

As practitioners/graduates who would trend on the mixer side, we scoffed at long term care plans, crush selling, free chicken dinners, and ridiculous claims out in the public. We hated seeing photos of a smiling DC next to someone who got a free mug for his 900th visit. The straits lived by the green books, followed gurus to get people in the door, and closed care plans.  They thought they had it figured out, and we were wrong. We were the sell-outs. The word dogmatic was used frequently. They were more successful, made more money, and eventually showed up with hammers. We were the wrong ones, they were right. We mixers tried to ignore the animosity, pushed aside the personality cults and focused on educating the public one patient at a time. We endeavored to be patient-centred practitioners, results driven, and most importantly, evidence-based.

Fast forward almost 20 years from those days and Instagram has unleashed a platform for mixers who have swung the pendulum far in the other direction, almost to a point of being outright pedantic. There is no shortage of graduated chiropractors who now say adjusting the spine is useless, soft tissue therapy is useless, motion palpation is useless, functional correction is useless. Everything they don’t do, or maybe aren’t good at, is useless. If you don’t do exactly what they say and do, you’re a terrible practitioner and you must be shamed. Instagram is downright perfect for that. The uniqueness of our profession and the clinical success in our history is easily forgotten.

Mind yourself, or you may be found gobbed at using one of the IG filters that allows one to place their talking head over a study, or especially a video of you they don’t like.

Their “gods” are Dr. McGill, Adam Meakins, PT (the sports physio), and Greg Lehman among others. All genuine, hard-working, and very smart people. However, their hard work is being bastardized by those who are twisting their data for their own agenda.

What is load management? Load management is when you tell people to stop doing what they’re doing for a period of time. They don’t describe assessments, they don’t describe treatments, and they definitely like to inform the public of how smart they are. It is a movement born out of graduating chiropractors from the edges of the fitness industry. These practitioners say that they exclusively follow the evidence, and mock anyone who doesn’t practice exactly like they do…but I digress. It appears we have a pedantic sandwich in the chiropractic profession. The straits of old, and now the aggressive fitness buffs.

The Instagram talking heads are image building – this isn’t patient education, this is dogma pulled from an obsession about social media. They put more emphasis on winning the argument rather than educating anyone. Cherry-picking papers and highlighting afterthoughts are a primary weapon.

In the sports world, variability is a key factor for avoiding or tolerating injuries, and performance.  If you are a long jumper, it is hard to hit that board perfectly each and every time. But world class long jumpers will assess at various points along the runway and adjust up to and including the most important step – the penultimate step. This step is arguably more important than take off, because how you place this second to last step will create success at the board and in the air. Andre deGrasse is another example. His right arm flails back. I’m sure someone somewhere tried to correct it. But the variability in his right arm may be releasing strain through one of his anatomical chains that assists for that perfect drive that has resulted in so much success.

Why does all of this matter?

Musculoskeletal medicine is imperfect. It’s imperfect because we are dealing with the actions and behaviours of human beings. As chiropractors, we modify motor control, we change how the brain perceives pain, and we get people stronger. Some need more of column A and some need more of column B. Doing the same thing over and over again and expecting a different outcome is generally the qualitative measure of a fool.

Are all variables the same? Unlikely. Touch is likely our greatest tool however… a systemic review from JBI Evidence synthesis titled ‘The neurophysiology of human touch and eye gaze and its effects on therapeutic relationships and healing: a scoping review protocol’ written in 2016 by Kerr et all, found the following:

“In summary, touch and face-to-face interaction with trusted others have a number of neurophysiological effects that are relevant to both healing and the building of a therapeutic relationship. These neurophysiological effects are heightened, created, moderated or mediated by the quality of the relationship shared by the individuals. Trust and empathy, in particular, appear to be mediators as they have a profound effect on the body’s generation and/or secretion of beneficial chemicals such as serotonin.”

We would be foolish to throw away the power of touch. Having said all of this, what does the evidence say in general for the treatment of low back pain? All of the recent low back pain guidelines of the last five years, based on meta-analyses don’t have identical recommendations. If the best paper reviewers can’t agree on what makes a good paper, and what a good result is, why are we paying attention to attention grabbing instagrammers? Entertainment. That’s it. It’s not knowledge, because knowledge is inclusive, not cultish.

As practitioners, we need to read the evidence, and understand the evidence. We take this, and we apply it with our experience, the experience of the patient, and yes, the interests of the patient. This is patient-centred care. This isn’t about making money, this is about being a good doctor.

Social media has been a primary driver of the current pedantic tribalism we are seeing. Covid, politics, social justice, and in our professions. We are fed information that is on a positive feedback loop through an algorithm that ironically strips out anything we may not agree with. So if you’re an Instagram talking head, you’re going to get a lot of feedback from other similar talking heads.

Those mixers who have taken to social media to mock anyone whose primary treatment isn’t to wait out natural history are no better than the straights that they mocked as students years ago.

We need variability in our nature, our lives, and as providers, our treatments. Human beings need patient-centred individualized treatment, not an Instagram fad. When is it time to ask the hard questions? Well, when someone says they’ve got it all figured out. That’s why we call practice, practice.