Features Business Management
Insurers get into care, but is it good for patient health? 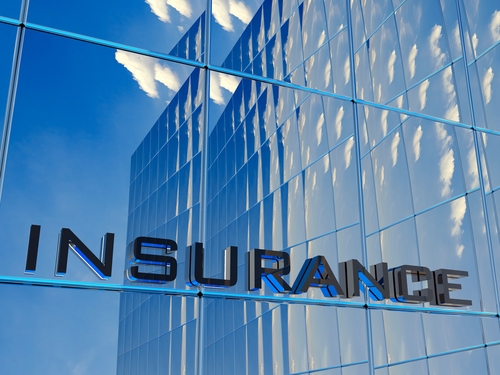 In the not-too-distant future, your health insurance, your prescription drugs and some of your treatment may come from the same company.

Insurers are dropping billions of dollars on acquisitions and expansions in order to get more involved in customer health. They say this push can help cut costs and improve care, in part by keeping the sickest patients healthy and out of expensive hospitals.

That’s a huge potential benefit for employers and other customers stressed by rising costs. But is this good for your health?

That question worries some health care insiders who wonder if the patient’s best interest – and not profits – will remain the focus as insurers dive deeper into care.

“The fights about price and cost are only going to get worse. Now you’ve got more integrated and powerful private insurers … coming up with the answer,” said medical ethicist Arthur Caplan.

The insurer Cigna has announced it will spend $52 billion to buy Express Scripts, which administers prescription benefits for about 80 million people.

Late last year, CVS Health also announced a roughly $69 billion deal to buy another insurer, Aetna. Those companies plan to convert drugstores into health care hotspots that people can turn to for a variety of needs in between doctor visits.

Other insurance companies, including Humana and UnitedHealth Group, also are making deals to expand their role in managing or providing care

The concept isn’t new. Many people already have coverage through health maintenance organizations, or HMOs, where insurers either employ doctors or contract with them to manage care.

But major insurers are buying into the idea because the usual ways they control costs – by negotiating rates with hospitals or cutting their own expenses – have a limited impact, said Standard & Poor’s analyst Deep Banerjee. He added that delving into care is the most efficient way for insurers to manage costs.

If insurers don’t find a better way to control costs, Amazon might. The online giant announced earlier this year that it will collaborate with billionaire Warren Buffett and JPMorgan Chase to create a company aimed at giving employees high-quality, affordable care. The companies have yet to announce details.

Insurers and other nontraditional care providers like CVS say they aren’t trying to replace doctors or randomly shave expenses.

They say the goal is to supplement the care a patient already receives or provide affordable options for people who don’t have doctors. Big acquisitions also help them gather more information about customers, which can improve care, for instance, by helping doctors figure out which medicine might work best for a patient.

They also say that cutting costs and improving care are not mutually exclusive goals.

Humana gives wireless scales to about 2,000 patients with congestive heart failure – a sliver of the insurer’s total enrolment – and has nurses monitor their weight remotely. A sudden gain can be a sign of looming trouble for these patients, so a nurse may check in to see if they need to adjust their prescription or see a doctor.

“If we can intercede before a heart attack, we not only obviously help the individual, but we prevent an ER visit and downstream cost of that,” CEO Bruce Broussard said earlier this year at a health care conference.

Optum leaders say their urgent centres can handle 90 per cent of the care patients would receive in an emergency room at a fraction of the cost, thanks to lower overhead and fewer staff. Their surgery centres can perform outpatient procedures, which don’t involve an overnight stay, for about half of what a hospital charges and still deliver high quality care, they say.

Insurers say the expansions will lead to more personalized, affordable health care. Whether the average patient sees lighter insurance or pharmacy bills remains to be seen.

“When you spend $50 billion of shareholder money, it’s clear the accountability is going to be with the shareholder not with the patient,” the former insurance executive said.

Lawmakers and doctors have long been concerned about corporate influences on medical care. Most states have laws or standards that prevent a business or employer from interfering with a doctor’s medical judgment, health care attorney Kim Harvey Looney said. But these standards don’t prevent an insurer from denying coverage if a treatment is deemed experimental or excluded under a plan.

That worries Caplan, an ethicist with New York University’s School of Medicine. He wonders how hard doctors will fight for patients if it means clashing with their own employers.

“It’s a little easier to be an advocate for the patient when you don’t work for the corporation that is controlling the reimbursement decision,” he said.

Whether one surfaces depends on how the deals are structured. DeCamp would want to know how involved the patient’s regular doctor is with insurer programs that manage care and whether participation is linked to the cost of coverage. That could make it hard for patients to say no.

Ultimately, insurers can earn customer trust simply by keeping them healthy for a reasonable price, said health economist Paul Keckley. But that will be a struggle for an industry in which the average patient already has little faith, he said.

“You trust your nurses most, your doctors and pharmacists next, hospitals some, and insurers none,” he said.