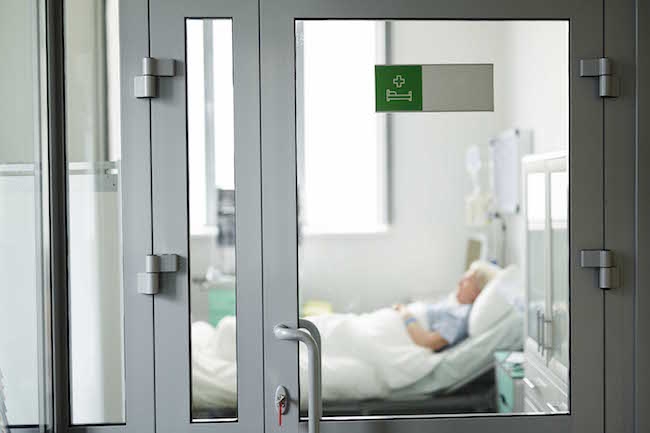 Imagine being fully conscious, fully aware, but trapped inside your body with no ability to move at will or communicate with loved ones or health-care providers – with no way to say “I’m in here.”

For the last 20 years, neuroscientist Adrian Owen has dedicated himself to trying to “make contact” with such patients, diagnosed as being in a persistent vegetative state or minimally conscious following a devastating brain injury that has robbed them of their autonomy.

The case of U.S. student Otto Warmbier, who was returned home to his family in a state of “unresponsive wakefulness” from a severe neurological injury of unknown cause following imprisonment in North Korea, is a timely example. Doctors said the 22-year-old had opened and blinked his eyes, but seemed unaware of his surroundings and did not respond to verbal commands. He died last week.

In his new book, “Into the Gray Zone” (Scribner), Owen traces how he and his research team began harnessing the power of progressively sophisticated brain scanners to tap into the essential being of such patients caught in what’s described as a twilight existence between life and death.

It was the notion of brain-damaged but consciously aware patients imprisoned within their bodies that has driven Owen – first at Cambridge in the U.K. and for the last seven years at Western University in London, Ont. – to search for ways to give these people a voice and bring them back to their families.

“If a patient was lying, sometimes for decades, fully aware of everything going on around them, witnessing every conversation, hearing every decision being made about their health – and we didn’t know it – that’s a pretty horrific idea,” he says.

Using what’s known as functional magnetic resonance imaging, or fMRI, Owen and his team have scanned hundreds of such patients over the years, and in almost one in five cases, they were able to make a connection and prove the person was consciously aware.

An fMRI measures brain activity by detecting changes in oxygen levels in neural blood flow. Different mental activities will “light up” various parts of the brain, allowing the neuroscientists to pose yes-or-no questions to a patient by targeting a specific region.

In groundbreaking research, Owen and his colleagues discovered that asking a vegetative patient lying in the scanner to imagine playing tennis would activate one part of the brain, while having the person mentally move from room to room in their home would fire up another.

For a “yes” answer, the patient would imagine swinging a racket to send a tennis ball over the net; for “no,” they would picture themselves navigating the interior of their home.

“So asking questions like ‘Are you in pain?’ is an obvious one, because if the patient is in pain we can do something about it, we can administer an analgesic,” he says.

It also allows the scientists to key into patient preferences with the goal of improving quality of life.

For instance, a patient’s family may keep exposing their loved one to activities they enjoyed prior to their injury that left them unable to communicate.

“So if you liked watching a lot of hockey when you were 20, if you’re still in a vegetative state when you’re 40, you’re going to get sat down in front of a lot of hockey games,” suggests Owen. “And you may not want to watch hockey anymore or you may not like to listen to heavy metal music anymore.

“But I think more broadly, it does change the dynamic between patients and their families. Obviously knowing that your relative is in there and is aware is going to change the way you behave around them. It changes the way the nursing staff behaves around them.”

The fMRI scanning, as well as portable EEG and infrared technologies developed to make contact with patients, also allows the scientists to ask more deeply metaphysical questions, among them “Are you happy?” and “Do you want to live?”

“A lot of these patients are able to live their lives … and find purpose in their lives, and in some cases to find satisfaction, where I think those of us are not in that situation might think ‘I would never want to live like that.'”

In the first case described in the book, Owen and his Cambridge colleagues in 1997 tried to connect with a woman named Kate, who had suffered brain damage as a result of inflammation caused by a virus. Her eyes opened and closed and she appeared to look around her hospital room, but showed no response when prompted by her family or doctors.

The team showed her photos of loved ones while she was in a PET scanner – which predated fMRI – and the part of the brain that processes that kind of visual information “crackled with activity,” showing she was conscious and aware.

“She became a person again,” says Owen, who writes that Kate later told him she had hated being treated by staff as just “a body,” but that the scan had “found her.”

Most vegetative patients found to be aware through scanning tend to recover little or no physical function, but a young Ontario man named Juan exceeded all expectations.

In 2013, the then 19-year-old suffered severe brain damage when he asphyxiated on his own vomit. Despite trying to reach Juan with every fMRI awareness-proving test the team had devised, there was no response.

But months later, Juan began to make a remarkable recovery. With his speech recovered, he told Owen that he had in fact been aware – he described being frightened inside the dark, tube-like scanner – but had been unable to respond to requests that he mentally play tennis or move through his home.

“This has never been reported to my knowledge that a patient could go from appearing to be entirely vegetative to being well on the road to living a normal life – and report what it was like when people thought you were vegetative,” says Owen, who remains mystified by Juan’s recovery.

In the case of Warmbier, he says it’s theoretically possible the young American had some level of residual awareness, but the diffuse nature of the brain injury described by doctors suggests that would be unlikely.

Going forward, Owen hopes to apply awareness-detecting technology to newly brain-injured patients while they are in the ICU, “because these are people whose lives or futures are being decided on a minute-by-minute, hour-by-hour basis.”

“These are patients who are on life-support machines and are in a situation where decisions are being made to ‘pull the plug,’ and it would be very important to establish whether techniques like MRI or EEG can help both with diagnosis or perhaps finding out if patients might not be what they appear to be,” he says.

“Maybe some of these patients are also aware.”