The power of magnesium: Physical, emotional and cognitive health 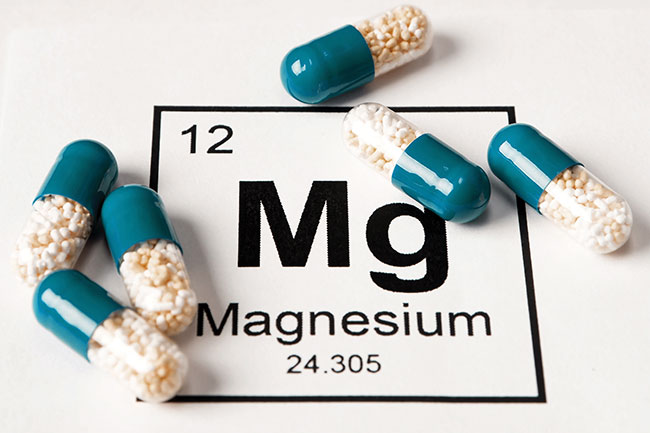 Magnesium is an essential element, being the eighth most common element in the crust of the Earth (Jahnen-Dechent & Ketteler, 2012). Within our bodies, magnesium is the fourth most common cation in our body, the second most common intracellular cation (DiNicolantonio, O’Keefe & Wilson, 2018). Despite it’s abundance in the crust of the earth and in our bodies, it is speculated that nearly two-thirds of the Western population is not getting their daily allowance of magnesium (Schwalfenberg & Genius, 2017).

If we are combating magnesium deficiency right now, it is essential to know how we got to become this depleted in the first place. By understanding the various sources that deplete our magnesium stores, we can consider making alternate or better-informed choices that mitigate the risk of magnesium deficiencies.

Magnesium deficiency, or any deficiency for that matter, must be viewed from both sides of the coin. One side involves reduced consumption or inadequate absorption, and the other side results from increased excretion from the body (Razzaque, 2018).

On the other side of magnesium, depletion is a result of increased excretion from the body. Some chronic diseases and medications put one at risk of greater excretion of magnesium, leading to hypomagnesemia.

Besides medications, some other nutrients and nutraceuticals can contribute to increasing the excretion of magnesium if not careful. Supplementing calcium as a way to prevent osteoporosis can affect magnesium levels (DiNicolantonio, O’Keefe & Wilson, 2018). Calcium and magnesium compete for the same transporter in the ascending Loop of Henle (DiNicolantonio, O’Keefe & Wilson, 2018). More calcium will be delivered to the loop; the ensuing rise in calcium reabsorption will diminish that of magnesium.

Individuals with concurrent chronic diseases can be more predisposed to excreting more magnesium which can be problematic if not properly corrected. Those living with diabetes have increased urinary magnesium excretion, especially those with poorly controlled diabetes (Griffin, 2003). Interestingly enough, hypomagnesemia is a common feature in Type 2 Diabetes patients (Maula, Sarkar, Zahid, Ahmed & Aktar, 2013), and magnesium deficiency has been proposed as a risk factor for T2DM patients (Maula, Sarkar, Zahid, Ahmed & Aktar, 2013).

How magnesium is linked in our Bodies
Cardiovascular health: Magnesium deficiency may lead to many disorders of the human body; for instance, magnesium depletion is believed to play an essential role in cardiovascular disease (including thrombosis, atherosclerosis, ischemic heart disease, myocardial infarction, hypertension, arrhythmias and congestive heart failure in human), as well as diabetes mellitus, gastrointestinal tract disease, liver cirrhosis and diseases of the thyroid and parathyroid glands (Blaszczyk & Duda-Chodak, 2013). Insufficient magnesium intake may also significantly affect the development and exacerbation of attention deficit symptoms in children (Blaszczyk & Duda-Chodak, 2013).

Pain: Besides being beneficial for cardiovascular health, magnesium plays a pivotal role in pain and pain management. As an antagonist to the NMDA receptor, magnesium can desensitize and attenuates pre-existing pain hypersensitivity (Shin, Na & Do, 2020). Magnesium supplementation has also been reported in patients with neuropathic pain, such as diabetic neuropathy, postherpetic neuralgia, and chemotherapy-induced peripheral neuropathy. In addition, magnesium treatment is reportedly able to alleviate fibromyalgia, dysmenorrhea, headaches, and acute migraine attacks (Shin, Na & Do, 2020).

Another relation to pain and many other chronic illnesses comes from underlying chronic inflammation. In a study by Nielsen, Johnson & Zeng (2010), magnesium supplementation vs. placebo decreased plasma CRP in participants with baseline values > 3.0 mg/L. The findings show that many individuals have a low magnesium status associated with increased chronic inflammatory stress that could be alleviated by increased magnesium intake (Nielsen, Johnson & Zeng, 2010).

Mental Health: Magnesium status, though preliminary in robust evidence, is correlated to subjective anxiety. A systematic review by Boyle, Lawton & Dye (2017) observed positive effects of magnesium on subjective anxiety outcomes, but not on post-partum anxiety. In a randomized control trial study where 23 older adults received either magnesium or imipramine for the treatment of depression, the findings suggest that magnesium is as effective in the treatment of depressed elderly type 2 diabetics with hypomagnesemia as imipramine 50 mg daily (Barragán-Rodríguez, Rodríguez-Morán & Guerrero-Romero, 2008).

Cognition: There is a significant connection between our need for magnesium and our cognitive health. In a study done by Wang et al. (2008), there have been correlations between levels of several trace minerals (iron, Mg2+, potassium and zinc) in the hair of adolescent girls and their academic record. There was evidence that some trace minerals correlated more highly with increased academic performance. Specifically, it was found that Mg2+ and zinc demonstrated a strong positive correlation with academic performance (Wang et al., 2008).

There are definitely many more factors and connections with magnesium than I can write in this article. The hope is to bring to light how numerous these factors are and to provide inspiration on how complex our bodies are.

Testing
In order to understand our magnesium levels, laboratory testing is an essential component in objectively assessing patients in their nutrient status. The most common test in conventional labs for magnesium is serum magnesium. However, there are some arguments regarding serum magnesium to consider.

For exact estimation of RBC magnesium level, individuals are advised not to consume vitamins or mineral supplements for at least one week before collecting RBC samples. A normal RBC magnesium level ranges between 4.2 and 6.8 mg/dL. However, some experts recommend aiming for a minimum level of 6.0 mg/dL on the RBC test (Razzaque, 2018).

Supplementation
There are many forms of magnesium on the market today, ranging from citrate to bisglycinate, threonate to malate. Each type of chelate that magnesium is bound to exhibits different effects. For example, in an animal study, magnesium-L-threonate regulates NMDAR signalling, prevents synapse loss, and reverses memory deficits in aged rats (Slutsky et al., 2010) and also in Alzheimer’s model rats (Li et al, 2014).

Consider there may be some adverse effects of magnesium supplementation, such as stool softening or laxative effect (Mori et al., 2019). But in most cases, supplementation is with little risk and can be quite beneficial in today’s developed world.

There is a lot more about magnesium that is still yet to be discovered. But I feel that like many other nutrients, vitamins and hormones, that not one has it’s own primary function. Magnesium has been correlated in many reactions and pathways as co-factors and modulators; it’s all about balance and balance with other minerals, just like with our health and well-being.

Barragán-Rodríguez, L., Rodríguez-Morán, M., & Guerrero-Romero, F. (2008). Efficacy and safety of oral magnesium supplementation in the treatment of depression in the elderly with type 2 diabetes: a randomized, equivalent trial. Magnesium research, 21(4), 218–223.

Glick JL (1990) Use of magnesium in the management of dementias. Medical Science Research.

DR. ROMI FUNG (B.Sc, M.Sc, ND, PhD Doctoral Student), is a Naturopathic Physician practicing in Richmond, British Columbia, Canada. A recent graduate from the Canadian College of Naturopathic Medicine, Romi helps patients living with dementia improve their quality of life by taking an integrative and functional approach. On top of his practice, Romi is currently pursuing doctoral studies in Aging and Health at Queen’s University and is an Adjunct Clinical Faculty at the Boucher Institute of Naturopathic Medicine. www.DrRomiFungND.com.