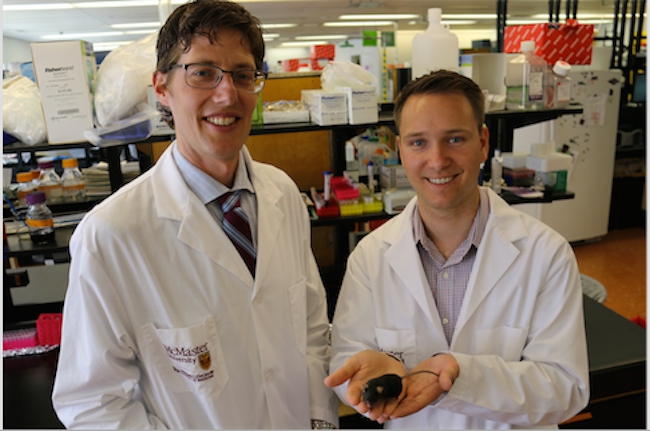 Researchers from McMaster University in Hamilton, Ont., may have uncovered the body’s secret to physically aging well and keeping muscle strength in tact.

Through the recent discovery of a key protein required to maintain muscle mass and strength as people age, researchers at McMaster may help provide some understanding about what causes people to lose muscle strength as they age and how exercise can prevent it from happening.

This important finding means new and existing drugs targeting the protein may potentially be used to preserve muscle function during aging, a release from McMaster University stated.

“We found that the body’s fuel gauge, AMP-activated protein kinase (AMPK), is vital to slow muscle wasting with aging,” said Gregory Steinberg, the study’s senior author and professor of medicine at the Michael G. DeGroote School of Medicine. He is also co-director of MAC-Obesity, the Metabolism and Childhood Obesity Research Program at McMaster.

“Mice lacking AMPK in their muscle developed much greater muscle weakness than we would have expected to see in a middle-aged mouse,” said Steinberg. “Instead these mice, which were the equivalent of being just 50 years old, had muscles like that of an inactive 100-year-old.”

The research was published Tuesday, June 2nd, in Cell Metabolism and involved members of the MAC-Obesity research team. The lead author is Adam Bujak, a PhD student of McMaster’s Medical Sciences Graduate Program.

“It is known that AMPK activity in muscle is ‘dialed down’ with aging in humans, so this may be an important cause of muscle loss during aging,” Steinberg said.

Previous research by Steinberg’s team has shown that this “metabolic switch” is turned on with exercise as well as commonly used medications including metformin and salicylate (the active ingredient in Aspirin).

Despite the importance of maintaining muscle function and strength as people age, there is currently no treatment besides exercise. With an aging population, age-related muscle wasting and loss of muscle strength is a growing issue that shortens lives and creates a significant financial burden on the Canadian health-care system, McMaster said.

“We know we can turn on the AMPK pathway with intense exercise and commonly used Type 2 diabetes medications,” said Steinberg. “By knowing that AMPK is vital for maintaining muscle mass with aging, we can now try to adapt exercise regimes and existing drugs to switch on AMPK in muscle more effectively. The development of new selective activators of the AMPK pathway in muscle may also be effective to prevent muscle loss with aging.”

This study was conducted over four years and was supported by the Natural Sciences Engineering Research Council, Canadian Institutes of Health Research, Canadian Foundation for Innovation, Australian National Health and Medical Research Council, and the MAC-Obesity Research Program.