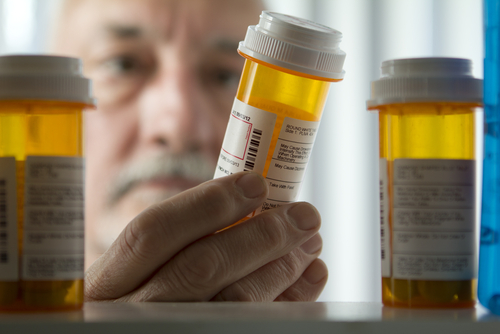 Aug. 21, 2013 — In the first year of mandatory reporting, Ontario hospitals disclosed
that 36 patients had suffered severe adverse events — 10 of them fatal —
because of medication errors.

Those errors included patients
being given an excess dose of a drug or given it too often; having the
wrong drug administered; or experiencing an unanticipated adverse
reaction to a medicine.

Medication mistakes led to the deaths of 10 patients and severely jeopardized the health of 26 others, leading to longer hospital stays and in some cases disability, says the report compiled for the Ontario government by the Institute for Safe Medication Practices Canada.

The report covers the period from October 2011 to December 2012, roughly the first year after the Ontario government ordered hospitals to begin reporting critical incidents involving medications or intravenous fluids.

Communication factors, drug product confusion and distractions and/or frequent interruptions were the most-cited reasons given for critical incidents having occurred.

Half the errors happened during drug administration, while about 20 per cent were traced to the prescribing process, the ISMP report says.

“Incorrect product errors were associated with high-alert medications (such as opioids), and the incorrect quantity errors involved significant overdoses,” the authors write.

Such LASA (looks alike, sounds alike) medications can be confused in the rush of providing complex care to patients with complex health problems, he said.

“One of the ones we see nationally quite frequently is hydromorphone getting mixed up with morphine and vice versa. And both of those are quite potent narcotics,” Hamilton said Tuesday.

“Hydromorphone is about five to 10 times more potent than morphine.”

Steps are being taken to prevent such drug-identification mistakes, including the use of “Tall Man” lettering, in which “hydro” would be written in upper-case script, while “morphine” would be in regular script, as would morphine.

“Other methods that you can use are different colours, different packaging and labeling” — strategies that are starting to be implemented across Canada, Hamilton said.

National data show medication errors with severe outcomes for patients occur at about the same rate across the country, he said, although only a few provinces — Saskatchewan and Quebec among them — require hospitals to report critical incidents.

“Any death from a medication error is a tragedy,” said Hamilton. “I think what's encouraging is that hospitals, organizations, health-care workers and patients themselves are starting to understand the value of reporting.

“Reporting is key because you really can't fix something that you don't know is happening.”

Ross Baker, a professor of health policy, management and evaluation at the University of Toronto, said he is not surprised by the Ontario numbers, calling them relatively small when set against the total number of drug and IV treatments given to patients in a
year.

“But at the same time, these are severe outcomes and they're preventable outcomes,” he said. “So one would hope that with this kind of information, we can identify system issues that might allow us to intervene across the board, and that's the reason why we have this kind of reporting.”

Baker co-authored a 2004 study that estimated preventable adverse events related to hospital treatments — including drugs and surgery — caused between 9,200 and 24,000 deaths a year in Canada.

He has since helped pen similar studies of adverse events related to both pediatric hospitals and home care.

While there were no severe medication errors among children in the Ontario report, they happen with about the same frequency as among adults, Baker said. “We found that children are equally at risk in the pediatric hospitals as adults are in adult hospitals.”

With people being increasingly cared for at home — and often being given potent painkillers and other high-alert medications — the risk of mistakes can be even greater, especially when a patient has multiple health problems and needs multiple prescriptions, Baker suggested.

“That means we have to be even more focused on trying to create solutions that are not just workable in a hospital environment where you have a lot of well-trained staff, but into a home-care environment where it's frequently family members (providing care) or you've got a nurse or personal support worker that visits.”