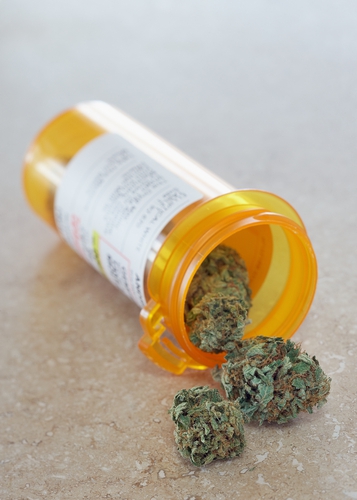 The number of injured Canadian soldiers using marijuana for medical purposes, such as chronic pain and post-traumatic stress, has soared over the past year.

Figures from the Veteran Affairs department indicate some 600 veterans now smoke medical marijuana, compared to just 116 in the 2013-2014 budget year.

A Veteran Affairs official notes marijuana is not an approved medicine in Canada, but it will fund its use if a doctor deems it appropriate for a soldier’s treatment.

Clayton Goodwin, a former reservist who was injured in 2004, says the mixed government messages make it hard to get pot prescribed by a doctor.

He says many veterans with chronic pain or post-traumatic stress are choosing medicinal pot over pharmaceuticals for safety and to get away from the side effects of prescription drugs.