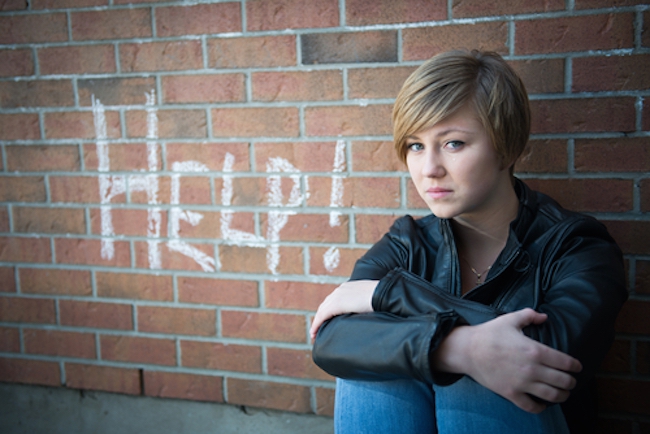 A growing number of Canadian children and youth are seeking help for mental health disorders at hospital emergency rooms and more are ending up being admitted for treatment, researchers say, suggesting that young people may be having difficulties accessing community-based services.

In a report released last week, the Canadian Institute for Health Information (CIHI) shows ER visits for mental health issues among Canadians aged five to 24 jumped 45 per cent between 2006–2007 and 2013–2014.

Over the same seven-year period, rates of in-patient hospitalizations that involved at least one overnight stay rose 37 per cent for this age group.

The study found that the highest use of hospital services was among youth aged 15 to 17, with ER visits rising by 53 per cent and in-patient hospitalizations up by 74 per cent.

Ten- to 14-year-olds also experienced a major increase in hospital services use, with ER visits jumping by 68 per cent and hospital admissions growing by 64 per cent.

“And because of that, on any given day, half of the hospital beds that are being used by children and youth are actually filled with a patient being treated for a mental disorder.”

In fact, CIHI found that hospital admissions for all other conditions affecting children, teens and young adults dropped by 13 per cent during the study period.

Morris said more young people may be showing up at hospitals because the stigma around mental health disorders is diminishing, making them feel more comfortable admitting to a problem and seeking help for it, which she calls a positive sign.

But the reason for the increase could also reflect a negative – a lack of access to community-based programs.

“What we don’t know is whether the increase in hospital services is due to kids and youth having trouble getting the right services in the community setting,” she said.

“We just don’t have eyes on how the community setting is really being used.

“The ideal system would have most services provided in the community by nurses, family doctors and social workers, and have the hospitals provide short-term care for the most complex patients.”

Kim Moran, president and CEO of Children’s Mental Health Ontario (CMHO), said about 6,000 children and youth in the province are on a waiting list for community-based mental health services, with an average delay of about one year. That list is expected to double to 12,000 in 2016.

“I think what kids and families really need is an integrated system of care,” said Moran.

“They need primary care, hospitals, the community sector and at the same time the education sector, all to work seamlessly together in an integrated way.

“When I see those (CIHI) figures where we’re seeing rising hospitalizations – and also re-admissions – what that says to me is that the integrated system of care is not working very well.”

The report found children and youth using hospital services for mental health disorders were much more likely than those using them for other reasons to have repeat ER visits and repeat hospitalizations:

– 39 per cent who visited the ER for a mental disorder had three or more emergency department visits, compared to 15 per cent of patients who visited for other medical conditions.

– 11 per cent with a mental disorder had three or more in-patient hospital stays compared to four per cent admitted for other reasons.

The number of hospital admissions for self-harm among this age group increased by a staggering 85 per cent.

The Mental Health Commission of Canada has released its ”Mental Health Strategy for Canada: A Youth Perspective,” which can be found on its website.