Most Canadians may not know health risks of alcohol consumption: report 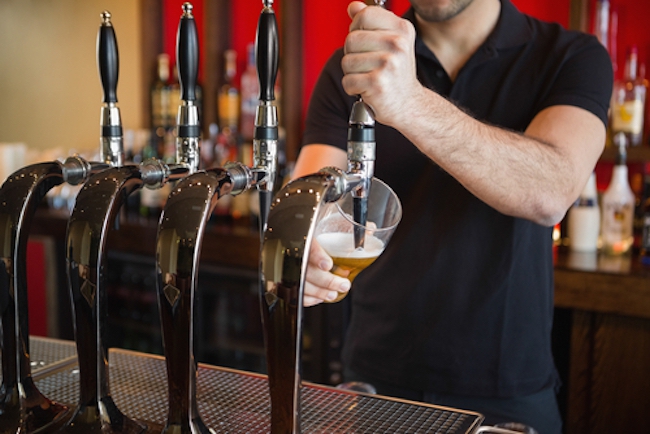 Drinking alcohol has become a “normalized” part of life for the majority of Canadians, yet many don’t realize the potential health risks of downing wine, beer or spirits – even at low levels, says Canada’s top doctor.

In a report released Wednesday, Dr. Gregory Taylor said an estimated 22 million Canadians aged 15 and older – almost 80 per cent of the population – imbibed in 2012, the most recent year for which statistics are available.

At least 3.1 million Canadians drank enough to be at risk for immediate injury and harm, with at least 4.4 million at risk for chronic health effects, such as liver cirrhosis and some cancers, his annual report on the state of public health shows.

“If there’s one key message that I’d like to get across, it’s that (alcohol) is not harmless,” Taylor, the country’s chief public health officer, said from Ottawa. “Canada has low-risk drinking guidelines, but they’re low-risk, not no-risk.”

Taylor said he chose to focus on alcohol in this year’s report because of its widespread use, easy availability and potential harms, which include an elevated risk of breast, colorectal, head and neck, and liver cancers.

Alcohol is a known carcinogen, and the Canadian Cancer Society says there is no safe limit when it comes to cancer prevention.

Heavy drinking increases the risk for oral, pharyngeal and esophageal cancers by five times, for laryngeal cancer by 2 1/2 times, and colorectal and breast cancers by 50 per cent, the report notes. Men have a higher risk for alcohol-related colorectal cancer than women, while recent research shows that even one daily drink may increase the risk of breast cancer in women.

Calling it “a very strong report,” Norman Giesbrecht of the Centre for Addiction and Mental Health (CAMH) said Ontario surveys conducted by the Toronto institution have suggested that less than half the population is aware that alcohol is carcinogenic.

As well, the highest levels of awareness were among abstainers and light drinkers, not heavy drinkers, said Giesbrecht, a senior scientist emeritus at CAMH.

Taylor’s report, which was tabled in Parliament before being made public, suggests drinking was related to almost 4,300 deaths, representing almost two per cent of all fatalities in 2002, the most recent year for which figures are available. Most deaths were due to alcoholic liver disease, motor vehicle accidents and alcohol-related suicides.

However, the figures are likely vastly underestimated due to outdated statistics. More current figures show 230 of booze-related deaths in 2009 to 2011 were directly caused by alcohol poisoning.

“That’s quite astounding in terms of some of the impact.”

Other facts in the report include:

• In 2008, impaired driving was the leading cause of criminal death in the country.

While some evidence has suggested that alcohol may be beneficial for some people, particularly the effects of wine on cardiovascular disease, more recent research questions that finding, Taylor said.

“Growing evidence suggests that the benefits from alcohol consumption may not be directly due to alcohol and are not relevant for all individuals, at all ages or in all situations,” the report says.

Taylor said teens and young adults are especially vulnerable to the deleterious effects of booze, as their brains are still developing.

“Drinking is seen often as a form of entertainment, and because it is widely available and promoted in our society, I’m concerned about youth (being) exposed to drinking,” he said.

“We think of alcohol in Canada more as a food or a beverage, but in fact it’s a mind-altering psychotrophic drug. If there’s one key message that I’d like to get across, it’s that it’s not harmless.”

The Canadian Public Health Association applauded the report, noting that drinking is linked to more than 200 diseases, conditions and injuries.

“Alcohol consumption also contributes to health inequities,” CPHA executive director Ian Culbert said in a statement. “While those with more disposable income are likely to drink more, those with a lower socioeconomic status tend to suffer from higher levels of alcohol-related harms, including death.”

The organization said people should follow Canada’s Low-Risk Alcohol Drinking Guidelines, while acknowledging that a 2013 national survey found that 21 per cent of respondents who drank in the previous year had exceeded those guidelines.

Under its mandate, the Public Health Agency of Canada report does not make recommendations to legislators, but Giesbrecht said there are a couple of specific areas that need particular attention.

There should be greater government control over advertising of alcoholic products, which appears on TV, in printed publications, on billboards and transit vehicles, he said. Ads to promote booze consumption are also present on Internet sites and social media, where they could encourage drinking in young people.

The other issue is how alcohol is distributed in Canada.

“Our control systems have some real strengths, but some of those strengths are being eroded through partial privatization in some provinces,” noted Giesbrecht.

And Ontario’s recent decision to sell beer in grocery stores could negatively affect vulnerable populations, such as recovering alcoholics, who are confronted with booze where they buy food, he said.

“I think that some of those changes … need to have a cautious approach.”