Muscle loss linked with falls and fractures in elderly 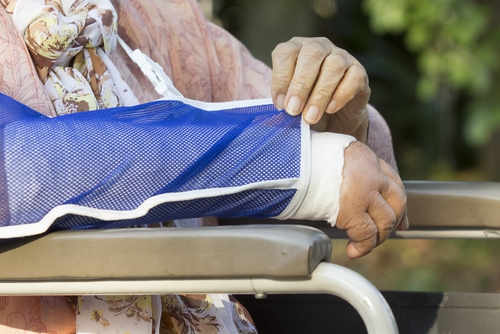 Older people with age-related loss of muscle mass and strength may be at greater risk of falling and bone fractures, according to new research led by the University of Southampton in the U.K.

A study by an international team of researchers into sarcopenia – where muscles lose form and function with age – found that those with the condition reported higher numbers of falls in the last year and a higher prevalence of fractures.

The decline in muscle mass between the ages of 40 and 80 has been estimated to range from 30 to 60 per cent and is associated with disability, sickness and death, according to a statement from the university. However, there are no universally accepted criteria with which to diagnose patients with sarcopenia and identify those at risk. Three different systems have been suggested by different organizations, as well as a wider term – ‘dysmobility syndrome’ – which encompasses several adverse factors, including sarcopenia, along with low walking speed and osteoporosis.

“All of these definitions recognize that measuring muscle mass in isolation is inadequate and a measure of muscle function is also required, but there are differences in how function is assessed,” said Dr. Michael Clynes, lead author of the study from Southampton’s Medical Research Council (MRC) Lifecourse Epidemiology Unit. “Due to these differences, an individual may receive different diagnosis depending on how he or she is assessed. This is important because the better we can identify sarcopenia, the more insight we have into the health issues and risks patients face.”

Researchers in the U.K., U.S. and New Zealand assessed a group aged between 70 and 82 using the three sarcopenia definitions, along with the dysmobility syndrome criteria, to see how the different diagnoses corresponded to the occurrence of falls and factures (during the previous year and since the age of 45).

The study, published in Calcified Tissue International, found that the International Working Group on Sarcopenia (IWGS) definition identified the most cases of the condition (8.3 per cent of the cohort) and was linked with significantly higher numbers of falls in the last year and prevalent fractures.

These associations were not apparent when using the European Working Group for Sarcopenia in Older People (EWGSOP) diagnosis or the Foundation for the National Institutes of Health Sarcopenia Project (FNIH) diagnosis (which only identified two per cent as having the condition).

Dysmobilty syndrome was common (affecting 24.8 per cent) and corresponded to higher numbers of falls, but no increase in the fracture rate.

“The IWGS definition of sarcopenia appears to be an effective means of identifying individuals at risk of adverse musculoskeletal events, such as falls and fracture,” said Clynes. “The findings enable us to more effectively predict those at increased risk of falls and fractures. By defining sarcopenia, health-care professionals can target treatment to at-risk individuals.”