By Sheryl Ubelacker The Canadian Press  May 8, 2017 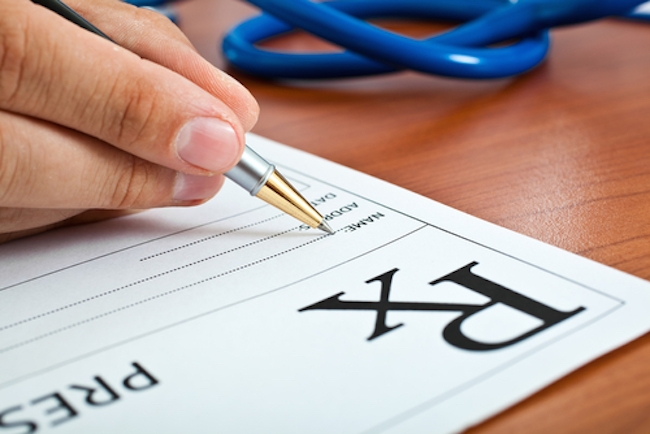 Updated opioid-prescribing guidelines released Monday encourage doctors to avoid giving the powerful narcotics as a first-line treatment to patients with chronic, non-cancer pain and instead try other medications or non-pharmaceutical therapies to prevent a host of potential harms associated with the widely used drugs.

Those harms include physical dependence or addiction, as well as the increasingly common risk of fatal overdoses. An estimated 2,000 Canadians died of opioid overdoses in 2015 alone, and initial 2016 data still being tallied suggest the number of fatalities linked to the drugs – both prescription and illicit – could far exceed that figure.

“It really comes down to the paradox of trying to provide important relief for patients dealing with unrelenting chronic pain while at the same time balancing the risks associated with the medications,” said Dr. Jason Busse, a researcher at the National Pain Centre at McMaster University and lead author of the 10-recommendation document.

For patients whose chronic pain is not controlled with non-opioid therapy, the panel of experts that developed the guidelines says dosages of opioids like oxycodone, hydromorphone and the fentanyl patch should be restricted to less than the equivalent of 90 milligrams of morphine per day, and ideally to less than 50 mg.

Physicians treating patients already taking the equivalent of 90 mg of morphine or more should consider incrementally tapering their daily intake to the lowest effective dose, and possibly even discontinuing the potent medications, the panel recommends.

“Estimates are somewhere between half a million and a million Canadian adults are currently on long-term opioid therapy for chronic pain, often at very high doses,” Busse said from Hamilton.

“And when you go on long-term opioid therapy, you will inevitably develop physical dependence. And opioids also become less effective the longer that you take them,” leading many patients to seek higher and higher doses to achieve relief so they can function in their daily lives, he said.

The new guideline document, published Monday in the Canadian Medical Association Journal, provides much stronger and more detailed advice than a previous version released in 2010, which suggested doctors could use a “watchful dose” of the equivalent of 200 mg of morphine daily.

“After 2010, there was not the kind of impact on opioid prescribing that I think people were hoping for,” Busse said.

“There was a little bit of a downtick, but maximum doses of opioid prescribing went up, admissions for hospital-related opioid toxicity went up, and death rates have continued to climb as well.”

Moreover, 40 per cent of recipients of long-acting opioids were receiving the equivalent of more than 200 mg of morphine daily, while 20 per cent were getting more than 400 mg.

Doctors must consider the possibility that patients have become addicted to their medication, or are continuing use of the drugs to avoid the often-debilitating symptoms of withdrawal.

“Many patients being prescribed high-dose opioids in fact have an opioid-use disorder, or an addiction to opioids, and physicians need to be aware of that and work with colleagues to diagnose and treat opioid-use disorder in an evidence-based way,” said Dhalla, who was not involved in developing the guidelines.

But he also said that when it comes to the recommendation to taper the amount of opioids for patients already taking them – especially long-time users – it’s vital that doctors don’t suddenly discontinue the painkillers or rapidly drop the daily dosage for those who truly need the drugs.

Busse agreed there is a danger of an “overcorrection” in prescribing practices, because doctors recognize there’s been a massive increase in cases of opioid toxicity and fatal overdoses over the last 20 years.

He acknowledged there is a subpopulation of Canadians with chronic pain that derive an important benefit from the medications – relief they have been unable to achieve with non-opioid therapies.

“If we attempt to take them off their opioids right away or aggressively taper, many of those patients are going to go into opioid withdrawal and some of those patients if they are denied opioids, if they’re struggling with symptoms of withdrawal, they may feel compelled to seek out opioids from other sources.

“In other words, they go to the street, and in particular on the West Coast, we just have a proliferation of illicit fentanyl and even more dangerous agents such as carfentanil.

“So in an effort to try to reduce harms in patients that are using high-dose opioids, we may end up putting them in a situation of greater harm – and that’s something we have to be very careful about.”

In a related CMAJ commentary, Dr. Andrea Furlan of the Toronto Rehabilitation Institute and Dr. Owen Williamson of Monash University in Melbourne, Australia, say the updated guidelines must be supported by a national pain strategy and “evidence-based alternative treatments for the one in five Canadians currently living with chronic pain” from such conditions as back problems, fibromyalgia and arthritis.

“Until we have a national pain strategy, physicians will continue using the only tool they have: their prescription pad,” they wrote.