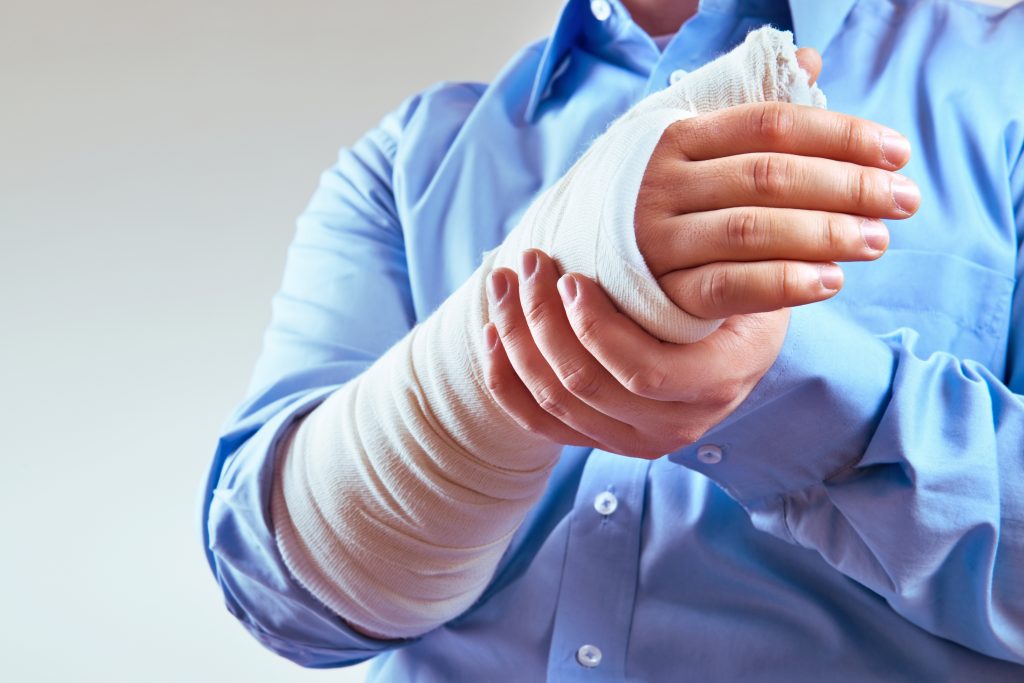 If you have ever broken an arm and had to wear a cast or splint for a few weeks, you will be familiar with the alarming loss of muscle and uneasy feeling of weakness experienced after removing your cast.

Most people do not do much exercise while a broken arm is healing and can struggle with this loss of muscle, known as “atrophy,” and weakness for many weeks after the injury.

A new study published recently in the Journal of Applied Physiology, conducted in my lab by graduate student Justin Andrushko, suggests an effective strategy to offset muscle weakness might be to exercise the other arm.

We recruited a group of 16 college students to wear casts on their left wrists for four weeks. Half of these students exercised their right arm aggressively three days per week using a type of training known as “eccentric training” — which lengthens the muscle during contraction, and is quite effective for building muscle and enhancing strength.

Remarkably, the students who trained their opposite wrist completely preserved both the strength and muscle volume in the left, immobilized arm. This research has received a lot of attention.

The phenomenon that creates the effect is known as “cross-education,” and has been documented for over a century, but the new study is one of just a handful to measure the effect when the opposite limb is immobilized.

We are the first to examine the effects using CT scans to measure muscle volume, and to measure the strength of multiple muscle groups in both arms (i.e. wrist flexors and extensors).

It turns out that the effect appears to be quite specific: training of the right wrist flexors preserved the left wrist flexors, but not the extensor muscles.

We do not fully understand what causes the effect. Most of the published work points towards changes in the nervous system relating to how the sides of the brain share information, or how they adapt together after training one arm. However, we are fascinated with the muscle size preservation effects.

Unfortunately, the study did not take detailed measures of anything inside the muscle. We suspect there could be some yet unknown connection between nervous system changes and the balance of muscle protein.

Consider training the opposite limb

Although the results are exciting, we caution that the study was a controlled lab experiment involving young healthy volunteers without a real injury.

More work in clinical settings is needed before any changes to standard rehabilitation practices can be discussed.

Lab-controlled studies like the one we conducted are important to understand the underlying mechanisms of the effect, and to maximize its potential in future clinical work.

While more work in clinical settings is certainly needed, we can still recommend that if you ever experience a limb fracture, you might consider training your opposite limb. As with many types of exercise training, the risk of this approach is quite low and could have important benefits.