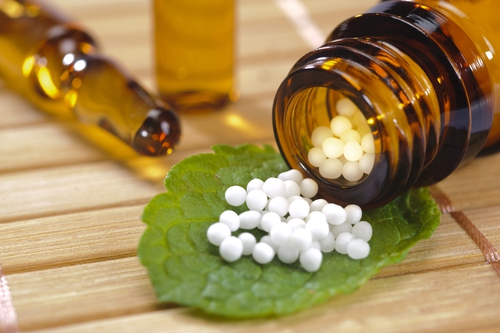 Ontario’s move to regulate the field of homeopathy in a way similar to how it governs doctors and nurses, making it the first province to do so, is being greeted with skepticism from some in the medical and scientific community.

The province’s Homeopathy Act, which has been in the works since 2007, is set to receive royal assent Wednesday.

Critics fear the legislation will lend legitimacy to homeopathy, which has been debunked by some as having no basis in science. For the provincial government, however, the move is meant to protect those who do seek out the alternative treatment.

“I see this as an issue partly of public safety, to provide for our homeopaths a standard of care and guidelines under which they are expected to practice,” said Ontario Health Minister Eric Hoskins.

“It gives an opportunity, for the first time, if there’s a patient of a homeopath that feels that he or she hasn’t received the level of care expected… a place to go formally, where they can lodge a complaint or ask for advice or a decision to be made.”

Hoskins added that it’s up to educated Ontarians to choose the form of health care they want to be provided with.

Homeopathy is based on the concept that “like cures like.” Illnesses are treated by using highly diluted doses of substances that in larger amounts would produce the symptoms of the ailment.

For some observers, the new legislation is a double-edged sword.

“It now gives the homeopaths an appearance that they are now a health profession just like doctors and nurses. Nothing in homeopathy makes any sense based on science. So that’s a problem,” said Dr. Matthew Stanbrook, a deputy editor with the Canadian Medical Association Journal, who is also an assistant professor at the University of Toronto.

“On the other hand, it does now pose a regulatory framework and a mechanism for regulation on a group of people who are treating people with medical conditions.”

The Canadian Society of Homeopaths, a national association for practitioners in the field, gives the example of someone suffering from hay fever, which brings on watery eyes, sneezing and a runny nose, being treated with a homeopathic remedy made from red onion.

The Ontario College of Homeopathic Medicine, which describes itself as a not-for-profit educational institution, adds that homeopathy “treats the person, not the disease” and can therefore be used for patients with all types of conditions, from colds to cancer.

Ontario’s new legislation will establish the College of Homeopaths of Ontario as the governing body for the profession in the province.

A transitional council – which has been working on a framework for self-regulation – will evolve into the college on Wednesday with the authority to register homeopaths, administer a quality assurance program and investigate complaints.

The council declined to comment when asked about the consequences of Homeopathy Act coming into effect.

Health Canada already regulates homeopathic products sold in the country to ensure they are safe to use.

The harm that arises with homeopathy, Stanbrook argued, is when patients with serious medical conditions substitute homeopathic remedies for western medicine.

Stanbrook pointed to a case in Alberta where a boy who had a bacterial throat infection that is routinely treated with antibiotics died because he received only homeopathic treatment.

“That’s an example of how homeopathy can lead to some very serious consequences when it’s given capriciously and irresponsibly,” he said.

“Now that we have a college, will there be some standards of training for homeopaths to know what a serious medical illness that requires a doctor is? And will it impose a professional obligation for those practitioners to refer in those circumstances.”

With a body for members of the public to go to with concerns, the profession could see increased accountability, added Douglas Angus, an University of Ottawa professor who studies heath policy.

Related
Move health research out of the academy and into the community
Vancouver should shut down pot shops, not regulate them: health minister
Working in a Community within a Community
Health-care regulators to launch consultation on proposed clinic oversight