Opioid-exposed newborns may react to pain differently after birth 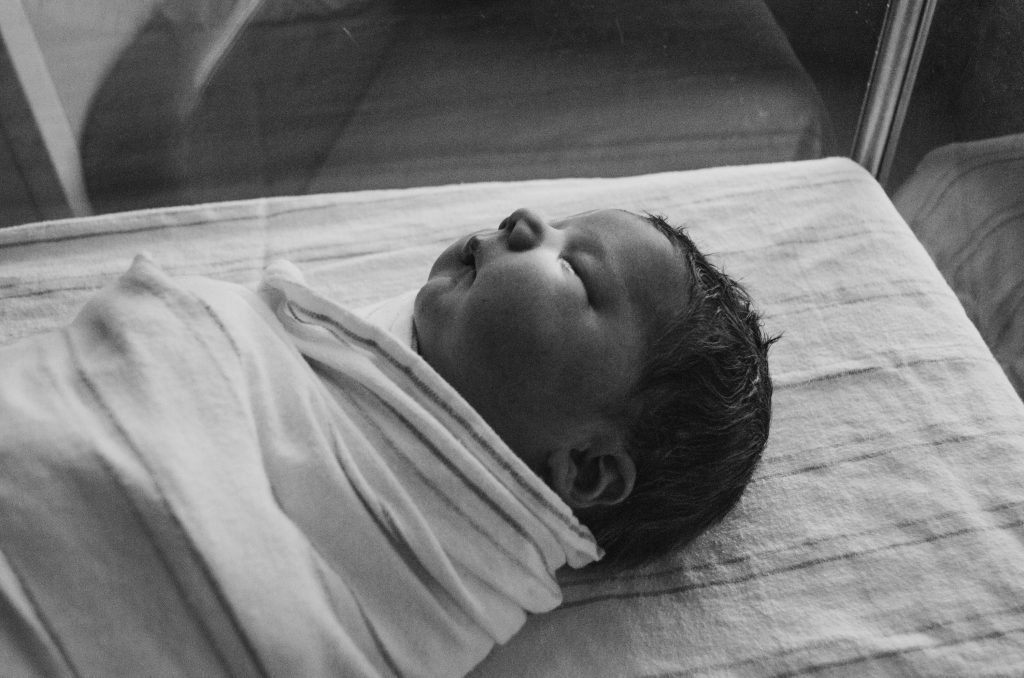 Photo by Kelly Sikkema via Unsplash

Babies exposed to opioids while their mothers were pregnant with them may need special care even before they start to experience withdrawal symptoms, according to Penn State research.

Researchers from Penn State College of Medicine found that as soon as 24 and 48 hours after birth, babies who were exposed to opioids prenatally reacted more strongly to pain and scored higher on a skin conductance test, which measures the electrical differences in skin in response to pain or stress.

Dr. Christiana Oji-Mmuo, assistant professor of pediatrics, said the study suggests that babies who were exposed to opioids in the womb may need special care earlier than previously thought.

“These babies are responding to pain differently than babies who were not exposed, so maybe we should be paying attention to pain management earlier,” Oji-Mmuo said. “If we have to do a painful procedure like a heel lance, we may have to provide extra comforting measures, both during the procedure and after if they continue to be stressed.”

Oji-Mmuo said that as opioid use continues to be a problem in the U.S., so does the risk of babies being born with neonatal abstinence syndrome (NAS). She said an estimated 55 to 94 percent of babies born to mothers who used opioids during pregnancy will develop NAS.

According to the researchers, opioids block the release of norepinephrine, a chemical released in the body during times of stress. When the baby is born and is no longer exposed to opioids, the baby experiences a spike in norepinephrine and other chemicals and hormones in the body. This can result in such symptoms as irritability, eating poorly, sweating, fever and seizures, among others.

Oji-Mmuo said that while there are guidelines for screening babies at risk for developing NAS, there is a need for better, objective tools to help predict NAS and its severity earlier in newborns.

“To best take care of these babies, it’s important that we recognize babies who are going through withdrawal very early,” Oji-Mmuo said. “We wanted to see if two different tests — skin conductance measures and facial reactions to pain — would correlate and predict withdrawal in newborns, because we really need accurate ways to assess these babies.”

The researchers enrolled 37 newborns — 22 with prenatal opioid exposure and 15 healthy controls — for the study. To measure the babies’ reaction to pain, the newborns were video-recorded while undergoing a heel stick, a standard procedure that most newborn babies undergo to give blood for screening tests.

To measure skin conductance, a noninvasive device with three electrodes was applied to one foot. The device measured electrical conductance in the skin, which can change when norepinephrine boosts sweat production.

After the data was analyzed, the researchers found that the babies exposed prenatally to opioids had higher skin conductance and reacted more strongly to pain during and after the heel-stick procedures. Additionally, Oji-Mmuo said the babies who had been exposed to opioids continued to be stressed after the procedure was over and they were swaddled and tucked in.

Oji-Mmuo said the results — recently published in the Journal of Maternal-Fetal & Neonatal Medicine — suggest that babies who are born exposed to opioids handle pain worse than babies who were not exposed.

Related
Survey says back pain patients worry about stigma, limited relief with opioid use
A new link between migraines, opioid overuse may be key to treating pain
Doctors call for better access to non-opioid alternatives to treat chronic pain
Of mice and men: Lab rodents react differently to male researchers than female