Pain relief without side effects with promising stimulation technique 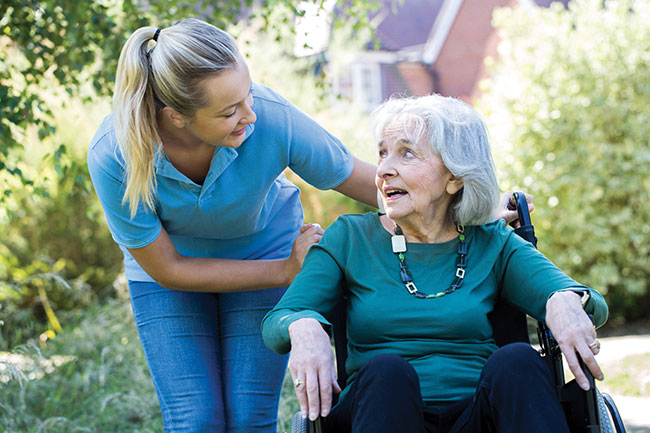 Researchers at Lund University in Sweden have developed a completely new stimulation method, using ultra-thin microelectrodes, to combat severe pain. This provides effective and personalised pain relief without the common side effects from pain relief drugs. The study, which was conducted on rats, has been published in the research journal Science Advances.

The lack of a side effect-free treatment for long-term pain often considerably impairs the quality of life of the patients affected. Without analgesic treatment, the persistent pain makes it difficult for the patient to function in everyday life. Traditional pain-relieving treatment certainly reduces the pain, but at the same time affects the senses and mental function, and there is a considerable risk of developing a drug addiction.

Pain also entails a considerable cost for society in the form of sick leave, healthcare costs and lost production. According to a recent American report (https://www.cdc.gov/mmwr/volumes/67/wr/mm6736a2.htm) about eight per cent of the American population suffer from high-impact chronic pain.

“The electrodes are very soft and extremely gentle on the brain. They are used to specifically activate the brain’s pain control centres without simultaneously activating the nerve cell circuits that produce side effects. The method involves implanting a cluster of the ultra-thin electrodes and then selecting a sub-group of the electrodes that provide pure pain relief, but no side effects. This procedure enables extremely precise and personalised stimulation treatment that was shown to work for every individual,” explains Jens Schouenborg.

The pain is blocked by activating the brain’s pain control centres, and these in turn block only the signal transfer in the pain pathways to the cerebral cortex.

“We have achieved an almost total blockade of pain without affecting any other sensory system or motor skill, which is a major breakthrough in pain research. Our results show that it is actually possible to develop powerful and side effect-free pain relief, something that has been a major challenge up to now,” explains Matilde Forni, doctoral student and first author of the new pain study.

During the project, which has been running for several years, the researchers developed a tissue-friendly, gelatine-based technology and surgical techniques that made it possible to implant the flexible microelectrodes with very high precision. According to the researchers, the new technique should work on all sorts of pain that are conveyed by the spinal cord, i.e. most types of pain.

The most common form of pain relief today is through the use of drugs.

“In our study we also compared our method with morphine, which was shown to deliver considerably less pain relief. In addition, of course, morphine has a powerful sedative effect as well as other cognitive effects. In the study we could also show that pain after sensitisation (hyperalgesia), which is common in chronic pain, was blocked,” says Jens Schouenborg.

The study in Lund was conducted on rats. Could the results be transferable to humans?

“That is the aim. The human brain has similar control systems to the rat’s and our electrode designs can be scaled up for humans,” says Matilde Forni.

The researchers hope that within five to eight years the method will lead to satisfactory stimulation treatment of people with particularly severe pain, such as cancer pain or chronic pain in connection with spinal cord injuries, for which no satisfactory pain treatment is available today.

The researchers also consider that the method could be used in a broader way to treat conditions besides pain.

“In principle, the method can be tailored to all parts of the brain, so we believe that it could also be used in the treatment of degenerative brain diseases such as Parkinson’s disease as well as in depression, epilepsy and probably stroke as well. The electrode technique also has applications in diagnostics and not least in research on how the mysterious brain works,” says Jens Schouenborg.