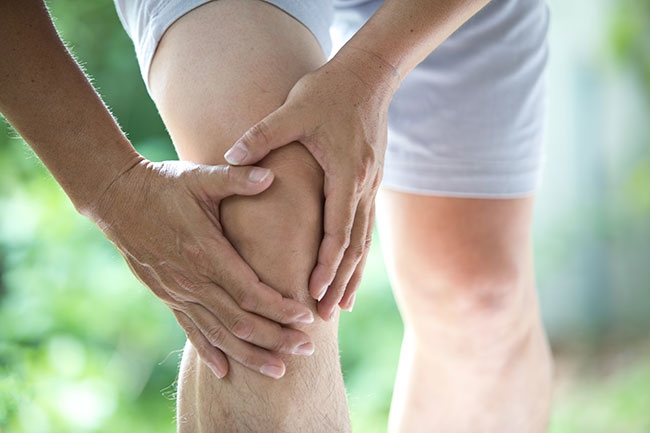 Clinical notes help us do a better job of solving functional problems, meaning we get better results. Clinical records that are legible, logical and complete also facilitate effective communications and collaboration with other healthcare providers. Photo: Getty Images

I was young and spring had sprung. Our back lane was finally clear of snow. It was time for a very first ride on my new birthday bike.

Those were the days of no training wheels, no helmet and parents who trusted that kids could figure it out for themselves.

Gravity is an unforgiving teacher – three times in a row my little bare knee knocked up against the hard-pack gravel road. When my mother saw the bloody mess, she stated the obvious.

“Well, that’s gotta’ hurt!”  She cleaned it up, applied a band-aid and reassured me: “It’ll be all better in just a few days.” And it was – if not for the scar on my knee, I may have eventually forgotten about the entire event. Fast forward to now.

A young relative – a rambunctious 5-year-old boy – tripped and fell while chasing his sister upstairs. He banged his shin pretty good; there was a small abrasion and an even smaller bruise. It was an altogether bloodless scene but he was howling.

His mother’s response was to immediately administer two children’s Tylenol and have him rest on the couch. Her message was crystal clear – pain is unacceptable and drugs are good. I was stunned to realize the extent of the transformation of our culture’s attitudes about pain medication, and it only took two generations.

The pharmaceutical industry has been unimaginably successful in the service of selling more analgesics, but the consequences of this mass-marketing of powerful drugs are now raging like wildfires through our communities, destroying lives and families in every neighbourhood.

In the service of humanity, DCs need to step up and loudly promote a more helpful narrative around pain.

Envisioning our path to accomplish this, we should first consider the general (and wildly successful) strategy of the pharmaceutical industry:

As chiropractors, we have the tools and the understanding to “re-reframe” pain. To do this we must first un-blur the lines: Not all pain is the same.
For a person who is suffering the agony of untreatable multiple myeloma gnawing away at their bones, opiates can be a godsend. Pain is the enemy.

For a person who has sprained their ankle or “put their back out,” those same drugs can mark the beginning of the end of life as they know it – and the start of what will surely be a hellish journey of recovery from addiction. Un-resolving musculoskeletal pain isn’t the enemy, it is a flashing red light – something is wrong and it needs to be fixed.

Remember that most body pain is associated with inflammation, and never forget that inflammation is our first-line, non-specific immune response to tissue injury and invasion by foreign agents. It follows a strict playbook, evolving and resolving in a predictable way.

If there has been obvious trauma to tissues – whether the skin over the patella is ripped open by sharp stones or the deltoid ligament shreds and bleeds when you twist your ankle coming off the edge of an unseen curb – we expect that with a little TLC (an ice pack, a bandage, a kiss) and some time, the pain will stop. But if it doesn’t resolve along a predictable timeline or there’s no obvious traumatic event, then something’s not right.

What’s the possible nature of what’s wrong? What are the chances that there is an underlying pathology, as compared to the chance that we’re looking at a functional problem?

The statistics are stark: pathology= 10 per cent, functional problem= 90 per cent.

I’ve noticed that a number of unconventional medical doctors, especially those who are presenting themselves as experts in nutritional issues, are using the label “functional medicine.” There are no guidelines on the use of the word, but as chiropractors, we are clearly positioned to use the term because “functional” is what we do.

We perform comprehensive physical examinations that are laser-focused on how the neuro-musculoskeletal system works. We are perfectly positioned to help those who are suffering with body pain that won’t go away. No doubt, more high quality clinical studies would be a very good thing. But, I suggest we need to make more noise about the facts we already possess.

Both Manga and Meade et al did great work back in the ‘90s, generating solid evidence to make a case for chiropractic care to treat pain.

Manga (1993) – A study commissioned by the Government of Ontario found “overwhelming support for the efficacy and cost effectiveness of chiropractic care for LBP.”

Back in 1985, while I was a student at CMCC, a study was published in the journal Canadian Family Physician (Vol.31, March 1985). It involved collaboration between a chiropractor named Cassidy and an orthopedic specialist named Kirkaldy-Willis. It also involved 283 people who had been totally disabled by low back and leg pain for years.

One of the participants in the study, a middle-aged man named Mike had a story that was typical of many of the study’s subjects.

Eight years ago he slipped and fell on the deck. What started as some stiffness in his hip when he put on his socks very quickly morphed into a gnawing, burning, biting pain in his right sacroiliac joint that never went away.

Like everyone else in the study group, he’d done several rounds of physiotherapy and had a number of X-rays that showed nothing unusual. Two years after the injury he lost his job as a fuel-delivery agent.  In the fifth year, his wife left and took the kids.

The NSAIDS are chewing out his duodenum, the anti-depressants don’t seem to be working. His opiate-related constipation has necessitated more drugs to unblock him. He still can’t put on his socks. Mike’s entry into the study, his decision to submit to the care of a DC, was one of those last resort choices.

He received daily adjustments for three weeks. And all of his pain evaporated. His mobility returned to normal and it stayed that way. He eventually stopped all of the drugs, he got his life back because the chiropractic specialist was able to accurately identify the problem and correct it.

What is truly astonishing about this story is that every chiropractor has seen this same story play out in their office, and more than a few times. It’s unconscionable that Mike wasn’t directed to see one of us at the end of his first month of pain.

For the sake of the next generation of children we have a profound duty to better inform the world – to educate our patients (and, by extension, everyone connected to them) about a different way to understand and treat pain.

The most important thing that each of us can do every day to accomplish this is to keep good clinical notes.

The number one way to prove any point is to collect evidence. The only evidence of our competence and our success in treating patients with pain is found in their clinical record.

Third parties assume that the quality of care we provide is directly reflected by the quality of records we keep. Clinical notes help us do a better job of solving functional problems, meaning we get better results. Much clinical research is spurred by the presentation of case histories; all of the information needed to formally write up a particularly interesting case will be found in the patient’s file. Legible, logical and complete records also facilitate effective communications and collaboration with other healthcare providers. We could be leaders in evidence-based care and quality assurance, but that can only happen if we each step up to the plate and do a better job of record keeping.

When it comes to making a positive contribution to the current opiate crisis, there is a tried-and-true action plan which I think we should follow:

Widespread acceptance of the chiropractic approach to pain will depend on our credibility and accountability – we can use clinical record keeping to prove we have earned a seat at the head table.

DR. DAWN ARMSTRONG is a graduate of CMCC and has been in practice for over 30 years. She is currently focused on promoting life-long learning and professional development and has created a continuing education course – Clinical Record Keeping: A Hands-On Approach. Learn more at auroraeducationservices.ca.