How much do pain assessments need to evolve, on a scale from 1 to 10? 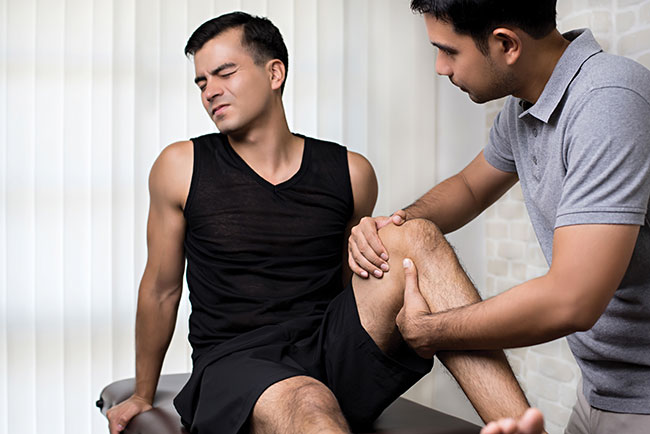 Assessing patient pain is an essential aspect of the intake process. Pain is often what prompts patients to seek care, and measuring that pain over time is vital to determining whether treatments are working. Pain can be a valuable source of information for clinicians, often making it possible to identify problem areas and develop solutions.

But while pain is an important symptom full of information about the underlying cause, the standard instruments of pain measurement extract very little of that information. The typical 1-10 scale that appears on posters and websites has little bearing on what the pain means from a diagnostic perspective, and even less bearing on the patient’s subjective experience of pain.

Ken Craig is a clinical psychologist, former Editor-in-Chief of the Canadian Pain Society journal Pain & Research Management, a former Chair of the UBC Behavioural Research Ethics Board, and an Officer of the Order of Canada. Craig is a researcher who specializes in pain measurement methods, social influences on pain perception, and biases in judgments of pain in care settings.

Craig says that pain scales are long overdue for innovation due to the problems associated with the most common forms of pain assessment:

“For the most part, pain measurement has been pretty static,” Craig says. “Most clinicians and researchers adhere to the principle that self-report is the gold standard, and while self-report is valuable and necessary, I think clinicians need to pay more attention to non-verbal expression.”

Traditional pain assessments present several limitations, but new alternatives are emerging that can make pain measurement more accurate and meaningful. As new measurement methods emerge, clinicians should consider moving away from the 1-10 scale in favour of assessments with more validity.

Numerical scales don’t tell the whole story
The traditional 1-10 scale is limited in a significant way: It does a poor job of capturing the experience of pain.

Craig explains that patients dislike the 1-10 scale because it reduces incredibly important thoughts and feelings to a simple numerical index. The human experience of pain is much more complicated than simple numbers can describe, Craig says, and integrating thoughts, feelings, and sensory experiences into a single number can obscure a lot of valuable information.

“People have all kinds of thoughts, feelings, and somatosensory experiences going on all the time,” Craig says. “In order to communicate with someone, I need to understand what they think and want. Pain is a subjective experience. Most definitions of pain describe it as a sensory experience with emotional overtones, but pain is much more complex than that. It has cognitive and social features, and if you’re sensitive to those other characteristics, you can understand it better and deal with it more effectively.”

Craig also notes that patients themselves can introduce confounds into pain measurement when the 1-10 scale is in play. For instance, it’s not uncommon for chronic pain patients to claim that their pain is at a 12 on a scale of 1 to 10. In this case, he says, the patient isn’t trying to communicate the severity of their pain, but rather, their level of subjective distress and desperation for care. Other chronic pain sufferers, Craig says, will under-report their pain level on self-reports out of stoicism.

Finally, numerical scales are one-dimensional. The 1-10 scale only captures pain intensity. It doesn’t capture the other nuances of pain like duration, quality/nature, suffering/emotional distress, or impact on the patient’s quality of life. Craig says that it’s important to inquire after all of the facets of the pain experience, not just the sensory facets.

Chris Carter is a chiropractor and pain management specialist at Active Living Chiropractic in Kelowna, B.C. Carter specializes in pain management based on the biopsychosocial model.

Carter says that when he obtained his DC in 2006, the numerical 1-10 scale was the first thing that new chiropractors learned. And while the 1-10 scale can give a baseline estimate of a patient’s pain, it quickly becomes apparent with practice that the scale isn’t as objective as many would like to believe.

“As time goes on and as you gain clinical experience, you realize that there’s wide variation regarding what a 7 means for one patient as opposed to another,” Craig says. “I might get one person who is limping down the hall and can’t take their shoes off, but they say their pain is only a 7. And then another patient might have had back pain for 6 to 8 weeks that they describe as a 7. The numerical rating scale is good for measuring improvement over time (in cases of acute pain), but you’d always want to do a more thorough examination.”

Carter also notes that numerical pain scales aren’t particularly effective in cases of chronic or neuropathic pain. In chronic pain cases, for instance, a patient may not show any improvement on a numerical rating scale even if other measures of pain are improving:

“Studies have shown that patients with chronic pain tend to stay in the same place on the NRS, even after going through pain management programs. This is despite the fact that their disability level and outcome measures improve. A lot of practitioners don’t know this unless they read a lot of pain management research.” 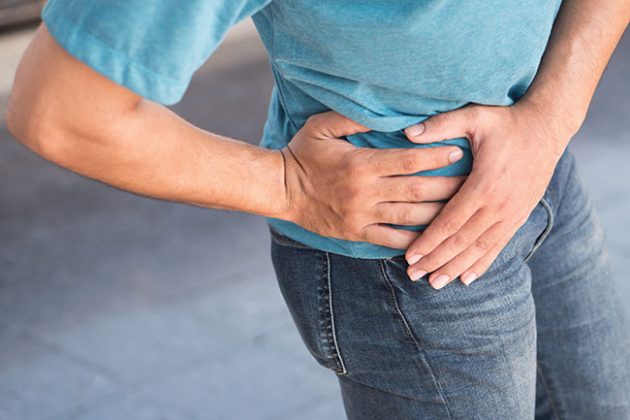 It quickly becomes apparent with practice that the scale isn’t as objective as many would like to believe. © 9nong / Adobe Stock

Patient-led innovations in pain assessment
Much of the recent activity in the development of better pain scales has come from a surprising source: Pain patients. Patients themselves are creating more objective and informative pain scales, including multidimensional pain scales that capture more facets of the experience of pain than just intensity. For instance, Houston, Texas-based health blogger and chronic pain sufferer Liza Zoellick notes that standard 1-10 scales are inadequate for communicating the nuances of pain.

Zoellick, who has fibromyalgia and rheumatoid arthritis, wrote in a February 2019 article for the National Pain Report that pain scales are subjective by nature. She explains that “when presented with (a standard 1-10 scale), it feels like you are trying to fit my pain into your version of what you think it should be. So if I say I am at an 8, and I am not panting out my words because of the pain, then what?”1

Another unlikely source for innovations in pain scales is the world of comedy. In 2010, notable comedy blogger Allie Brosh wrote a blog article about a recent trip to the emergency room at her local hospital in which she pinpointed the shortcomings of the Wong-Baker scale. In her article, Brosh proposed an alternate scale that ranges from 0 to “Too Serious For Numbers.” On the Brosh Scale, a 1 means “I’m unsure whether I’m experiencing pain, or itching, or maybe I just have a bad taste in my mouth,” while a 10 means “I am actively being mauled by a bear.”2

While this scale was originally intended as comedy, researchers contend that the Brosh Scale offers more diagnostic value than scales that are currently in use in actual medical settings. Kenneth D. Royal, an Associate Professor at North Carolina State University, wrote in a 2013 paper for the Institute for Objective Measurement that the Brosh Scale effectively captures the nuances of pain like intensity, duration, and quality. In this respect, Royal argues, the Brosh Scale is a more effective means of measurement than the Wong-Baker Scale and other scales like it.

Royal writes:
“While Brosh’s piece was originally intended to be humorous, it is astounding that her scale has far more elements of validity and quality measurement than many scientifically accepted scales. This affirms the notion that good measurement does not require sophisticated training in statistics or psychometrics, but rather, an acceptance and understanding of the basic requirements for measurement.”3

The Brosh scale also offers the advantage of patient-centric language. Rather than compressing a complex human experience into a single-digit number, the Brosh scale mirrors the language that patients use when describing or experiencing pain (including the use of expletives – you have been forewarned).

Craig says that patients don’t typically like the numerical scale because it tells them to reduce incredibly important thoughts and feelings down to a number, which can obscure diagnostically relevant phenomena. He highlights the distinction between nomothetic and idiographic scales.

“(Nomothetic) scales that have been developed by clinicians tend to be standardized and have common characteristics,” he says. “The advantage of a broadly-applied scale is that you can compare individuals with each other. Idiographic scales are more likely to be highly sensitive to the nuances of the individual’s experience.”

Both scales, Craig notes, have advantages and disadvantages. Nomothetic scales, which are designed to be objective enough that they can be reliably applied across a broad range of individuals, allow for comparisons between individuals and groups. However, these scales fail to capture many of the subtleties of personal experience. In contrast, idiographic scales are developed for specific individuals, either by the individuals themselves or by clinicians. An idiographic scale will allow for more effective measurement of the subjective experience of pain at an individual level, but will make comparisons across individuals difficult.

Toward a next-generation pain scale
Carter says that modern pain questionnaires need to include questions about the intensity and quality of pain – whether a pain is burning, or sharp, or achy. Beyond those descriptors, though, he says that a newer worldview on pain is the goal.

“New pain scales are starting to look at pain from the biopsychosocial perspective,” he says. “We don’t just want a numeric rating out of 10, and we don’t want to assume that the pain is solely because, for instance, someone pulled a muscle in their back.”

Another important feature of newer pain scales, Carter says, is an evaluation of aggravating and relieving factors. Practitioners need tools that can assess which patient activities make the pain more or less severe.

Craig’s current research focus is on using artificial intelligence to create an automated pain index. While most clinicians and researchers contend that self-report is the gold standard of pain measurement, Craig says that non-verbal cues should also play a role in pain assessment.

“My own NIH-funded research with colleagues in the United States is examining the fact that representations of pain are often biased,” Craig notes. “Patients who are in pain may over- or under-report, and observers are often biased in their interpretation of what the individual has to say. Right now, my colleagues and I are using behavioural expression to decode the pain experience for use in computer-based pattern recognition and machine learning.”

An AI-derived pain scale is something that researchers in bioinformatics and computer science have been working toward for several years, and researchers at MIT’s Affective Computing group are getting close to developing a working pain measurement system based on artificial intelligence. This system determines pain levels by AI analysis of brain activity through a portable neuroimager. Through machine learning, the researchers were able to achieve 87 percent accuracy with the apparatus.4

An AI-based pain scale could solve many of the problems that pain scales have traditionally presented. But until the technology becomes sophisticated enough and affordable enough to perform valid and reliable pain assessments at scale, practitioners can improve their pain assessments by incorporating multidimensional scales that go beyond mere numbers. The best pain scales, at least for now, are the scales that measure quality of life.

Mike Straus is a freelance writer based in Kelowna, British Columbia. He has written on health and science topics for Canadian Chiropractor/Massage Therapy Canada, Nutritional Outlook, Grow Opportunity, and StarTrek.com.