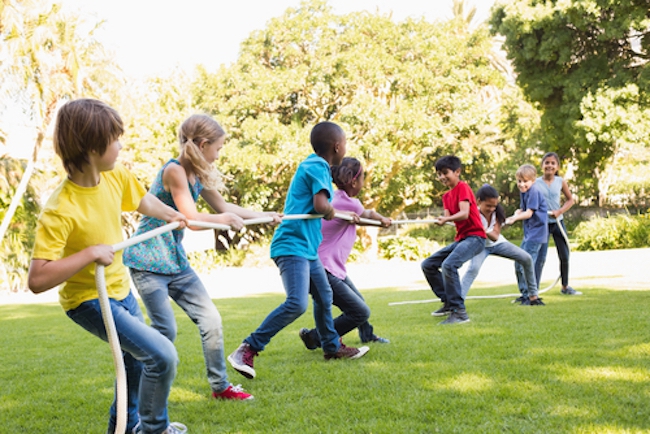 A pair of new studies from Statistics Canada highlights the importance of incorporating physical activity throughout the day for children of all ages, experts said Wednesday.

The national statistical agency released two reports based on the Canadian Health Measure Survey, which between them examined various physical activity benchmarks for children from ages three to 14.

The first study, which documented activity levels among the youngest age groups between 2009 and 2013, concluded that nearly three quarters of three- and four-year-olds were meeting their recommended activity targets while less than a third of five-year-olds were reaching their quotas.

But researchers on the studies concede the devil is in the details, saying the targets are radically different between the two age groups and are not easily compared.

Three- and four-year-olds are encouraged to engage in 180 minutes of physical activity of any intensity throughout the day with the goal of gradually gearing up to longer periods of sustained moderate to vigorous physical activity (MVPA).

The minimum for five-year-olds is simply listed as at least one hour of MVPA, with no reference to activity completed at a lower intensity.

In a separate study analyzing the effect of spending time outdoors on kids aged seven to 14, StatCan reported that every hour spent outside led to an additional seven minutes of MVPA, as well as higher scores for peer relationships and psychosocial health.

Study co-author Dr. Mark Tremblay of Ottawa’s Children’s Hospital of Eastern Ontario said the various sets of data all suggest that researchers need to start looking at children’s health in a different way.

“The fundamental flaw that we’ve been practicing for years … is that we’re taking physical activity in isolation,” Tremblay said in a Skype interview from Kenya. “For health benefits, this is what you need to live like. Yeah, you need some moderate to vigorous physical activity, but you’ve also got to reduce sedentary time, you’ve also got to get a good night’s sleep, and you should get a whole bunch of stuff that falls in between these things.”

Evaluating MVPA alone, she said, is both unrealistic and unlikely to capture the full spectrum of activities that can impact health for kids and adults alike.

“You’re not going to get a five-year-old who’s going to go on a treadmill for 60 minutes, and then check that box, and it’s over with,” she said. “It’s really important to do the sporadic nature, which is how kids should play and how kids should be active. It’s the same with adults.”

Data from the two studies were compiled by having participants wear accelerometers for several days, then analyzing activity levels recorded on the devices.

Data showed that MVPA levels remained low across the board for younger children. While 73 per cent of three- and four-year-olds were meeting the target of 180 minutes of general activity, with only 24 per cent of them registering an hour of MVPA.

That number climbed to 30 per cent among five-year-olds, suggesting less than a third of them were meeting recommended minimums.

Looking at MVPA levels side by side, Tremblay said, shows a clear trend among Canadian kids.

“These guidelines are minimum. They’re not optimal … they’re minimum. And still, large proportions are falling short…. So I think it still calls into question the habitual lifestyle behaviours of contemporary living kids in Canada.”

Dr. Catherine Birken, a pediatrician and researcher with Toronto’s Sick Kids Hospital, said the trends are particularly alarming when socio-economic background and gender are taken into account.

The first study showed that children of lower-income families were significantly less likely to meet the activity targets for their age group, while five-year-old boys were shown to be more likely than five-year-old girls to get the requisite amount of exercise.

Such trends have surfaced in other studies, Birken said, adding the socio-economic disparities in particular are “concerning.”

“We seem to just accept that there are differences in physical activity by income, but I personally think that’s not acceptable,” Birken said, adding that starting to research children’s health habits at even earlier ages may help to turn things around.

The first study also gauged screen time among participants, but did not account for the use of smartphones or tablets in the research.