Stuck in an opioids crisis, officials turn to acupuncture 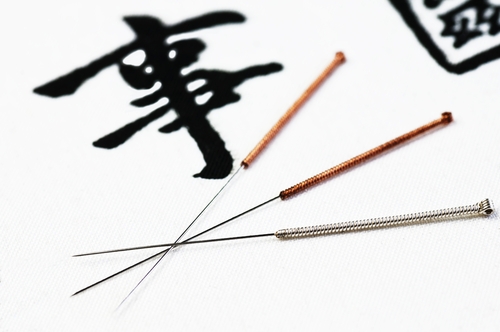 PROVIDENCE, R.I. – Marine veteran Jeff Harris was among the first to sign up when the Providence VA hospital started offering acupuncture for chronic pain.

Although long derided as pseudoscience and still questioned by many medical experts, acupuncture is increasingly being embraced by patients and doctors, sometimes as an alternative to the powerful painkillers behind the nation’s opioid crisis.

The military and Veterans Affairs medical system has been offering acupuncture for pain for several years, some insurance companies cover it and now a small but growing number of Medicaid programs in states hit hard by opioid overdoses have started providing it for low-income patients.

“We have a really serious problem here,” said Dr. Mary Applegate, medical director for Ohio’s Medicaid department. “If it’s proven to be effective, we don’t want to have barriers in the way of what could work.”

The epidemic was triggered by an explosion in prescriptions of powerful painkiller pills, though many of the recent overdose opioid deaths are attributed to heroin and illicit fentanyl. Many opioid addictions begin with patients in pain seeking help, and acupuncture is increasingly seen as a way to help keep some patients from ever having to go on opioids in the first place.

For a long time in the U.S., acupuncture was considered unstudied and unproven – some skeptics called it “quack-u-puncture.” While there’s now been a lot of research on acupuncture for different types of pain, the quality of the studies has been mixed, and so have the results.

Federal research evaluators say there’s some good evidence acupuncture can help some patients manage some forms of pain. But they also have described the benefits of acupuncture as modest, and say more research is needed.

Among doctors, there remains lively debate over how much of any benefit can be attributed simply to patients’ belief that the treatment is working – the so-called “placebo effect.”

“There may be a certain amount of placebo effect. Having said that, it is still quite effective as compared to no treatment,” said Dr. Ankit Maheshwari, a pain medicine specialist at Case Western Reserve University, who sees it as valuable for neck pain, migraines and a few other types of pain problems.

Many doctors are ambivalent about acupuncture but still willing to let patients give it a try, said Dr. Steven Novella, a neurologist at Yale University and editor of an alternative medicine-bashing website. He considers acupuncture a form of patient-fooling theatre.

Acupuncturists and their proponents are “exploiting the opioid crisis to try to promote acupuncture as an alternative treatment,” he said. “But promoting a treatment that doesn’t work is not going to help the crisis.”

Acupuncture has been practiced in China for thousands of years, and customarily involves inserting thin metal needles into specific points in the ears or other parts the body. Practitioners say needles applied at just the right spots can restore the flow of a mystical energy – called “qi” (pronounced CHEE) – through the body, and that can spur natural healing and pain relief.

In government surveys, one in 67 U.S. adults say they get acupuncture every year, up from one in 91 a decade earlier. That growth has taken place even though most patients pay for it themselves: 2012 figures show only a quarter of adults getting acupuncture had insurance covering the cost.

Jeff Harris signed up for acupuncture two years ago. The 50-year-old Marine Corp veteran said he injured his back while rappelling and had other hard falls during his military training in the 1980s. Today, he has shooting pain down his legs and deadness of feeling in his feet.

Another vet, Harry Garcia, 46, of Danielson, Connecticut, tried acupuncture for his chronic back pain after years of heavy pain medications.

Acupuncture is “just like an eraser. It just takes everything away” for a brief period, and keeps pain down for up to 10 days, said Garcia.

About a decade ago, the military and Veteran Affairs began promoting a range of alternative approaches to pain treatment, including acupuncture, yoga, and chiropractic care.

In 2009, former Army Surgeon General Dr. Eric Schoomaker chartered a task force to re-evaluate the Army’s approach to pain, which had centred on opioids. The focus was understandable – “nobody who has his leg blown off screams for acupuncture,” said Schoomaker, who is now a professor at the Uniformed Services University of the Health Sciences, a military medical school in Bethesda, Maryland.

But he added there was also openness to acupuncture and other approaches among soldiers and sailors who, while overseas, had tried non-drug approaches for chronic pain. Schoomaker said he was inspired to seriously consider alternative approaches by his wife, a yoga instructor.

Now two-thirds of military hospitals and other treatment centres offer acupuncture, according to a recent study.

The military’s openness to alternatives is “because the need is so great there,” said Emmeline Edwards of the National Center for Complementary and Integrative Health, a federal scientific research agency. “Perhaps some of the approaches have been used without a strong evidence base. They’re more willing to try an approach and see if it works.”

Her agency is teaming up the Pentagon and the VA to spend $81 million on research projects to study the effectiveness of a variety of nondrug approaches to treating chronic pain.

While research continues, insurance coverage of acupuncture keeps expanding. California, Massachusetts, Oregon and Rhode Island pay for acupuncture for pain through their Medicaid insurance programs. Massachusetts and Oregon also cover acupuncture as a treatment for substance abuse, though scientists question how well it reduces the cravings caused by chemical dependency.