‘Swiss cheese’ bones could be cause of unexplained low back pain 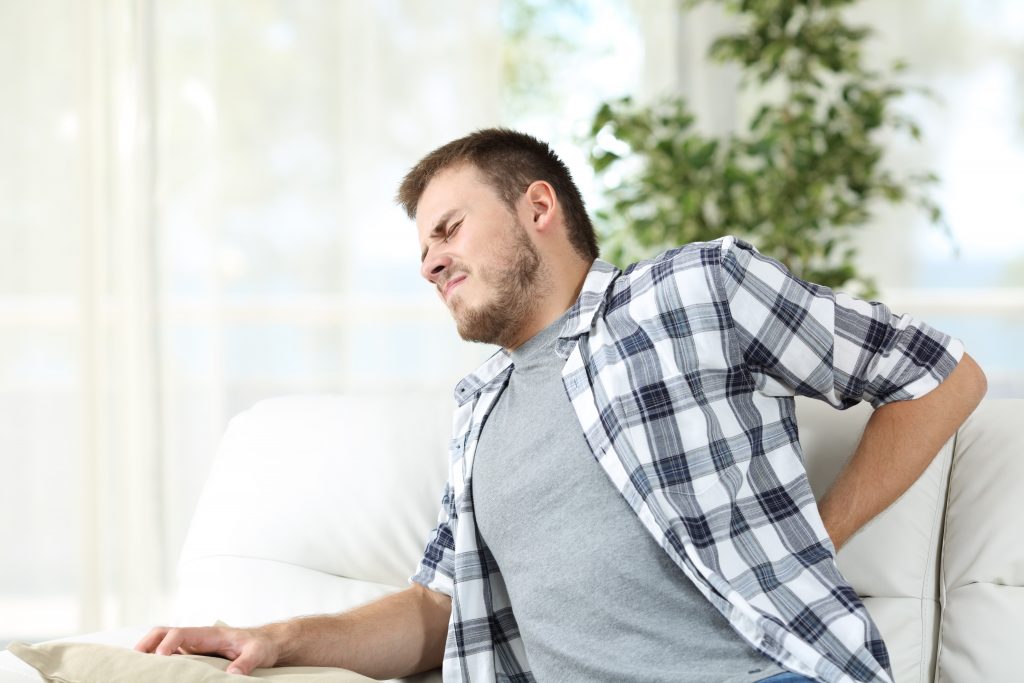 In experiments with genetically engineered and old mice, Johns Hopkins Medicine researchers say they have added to evidence that the vast majority of low back pain in people may be rooted in an overgrowth of pain-sensing nerves into spinal cartilaginous tissue.

An estimated 80% of people worldwide will experience low back pain in their lifetimes, sometimes owing to strain or injury. But the vast majority of low back pain, the researchers say, emerges in the absence of injury, especially in older age.

The new experiments were designed to investigate whether a painful overgrowth of sensory nerves into the cartilaginous endplates in the spine could be the root of these unexplained cases.

“The cartilage endplate is the cushion on a seat that makes it more comfortable. But, like similar tissue in knee and hip joints, it succumbs to wear and tear over time,” says Xu Cao, Ph.D., Lee Riley Professor of Orthopaedic Surgery and researcher in the Johns Hopkins Institute for Cell Engineering at the Johns Hopkins University School of Medicine.

Cao says he and his team have long suspected that age-related changes in the tissues that make up the spinal column provide fertile ground for abnormal nerve growth, making the normal load-bearing work of the spine painful.

To study this idea, Cao and his team analyzed samples of the bony end plates of vertebrae from mice aged more than 20 months, the human equivalent of about 70-80 years old. The researchers found that the soft, cartilaginous tissue in the mice’s spines became hardened and resembled diffuse bone with a Swiss cheese-like structure.

In previous studies, Cao’s team reported that an aging or instable spine induces the cartilage endplates to change into porous bony structures that provide spaces for nerves to penetrate the dense structure of the bone. A specialized cell type, called osteoclasts, creates the porous bone structure where the cartilage should be. Cao thought that perhaps the signaling molecule netrin-1 secreted by osteoclasts during this process invited abnormal nerve growth and the resulting back pain.

“Cartilage does not typically have nerve and blood vessels. However, when cartilage becomes a porous bony structure with growth of nerve fibers, it could be the source of back pain,” says Cao.

Next, the team designed an experiment to prevent the osteoclasts from producing the abnormal ‘Swiss-cheese’ bone growth and secreting netrin-1 to see if nerve growth in the cartilaginous tissue — and the accompanying pain — could be stopped.

They genetically engineered mice to lack the gene that codes for osteoclast formation, and performed a surgery on the mice to destabilize the joints between their vertebrae — mimicking similar instability seen in people with low back pain. The researchers found that the mice lacking osteoclast cells had fewer pain-sensing nerves in the endplates of their vertebrae than mice with the gene.

Cao says those results show that the porous structure of cartilaginous endplates is an important lead in understanding how unexplained low back pain develops. His team next plans to conduct laboratory experiments using compounds that slow the abnormal bone growth to test their potential to treat low back pain.

The technology is available for licensing through Johns Hopkins Technology Ventures, which also is pursuing patent protection.