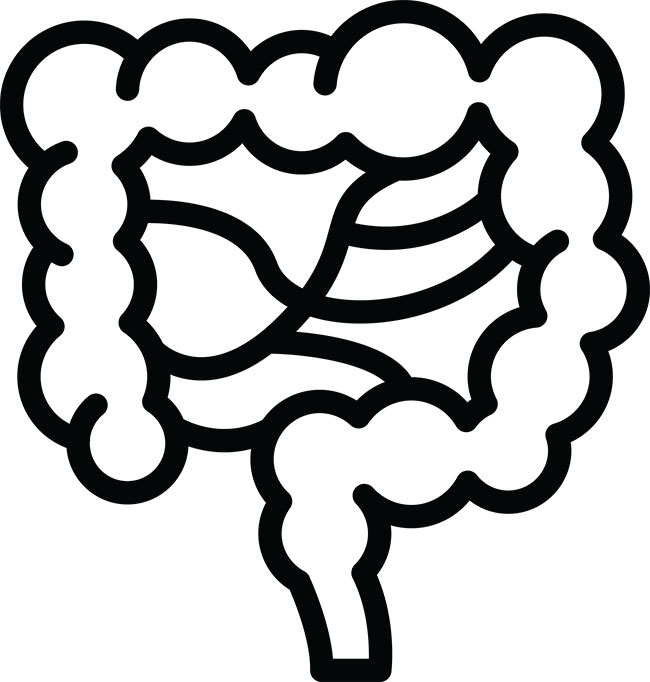 Researchers have established, for the first time, a link between specific gut bacteria species and physical manifestations of neurodegenerative diseases.

Neurodegenerative diseases such as Alzheimer’s, Parkinson’s, and ALS affect millions of adults, but scientists still do not know what causes these diseases, which poses a significant roadblock to developing treatments or preventative measures.

Recent research suggests that people with these conditions exhibit changes in the bacterial composition of their digestive tract. However, given the vast diversity of microbes found in the human body, identifying which bacteria may be associated with neurodegeneration is like finding a needle in a haystack.

“Looking at the microbiome is a relatively new approach to investigating what causes neurodegenerative diseases. In this study, we were able to show that specific species of bacteria play a role in the development of these conditions,” says senior author Daniel Czyz, an assistant professor in the microbiology and cell science department at the University of Florida/Institute of Agriculture and Food Science.

“We also showed that some other bacteria produce compounds that counteract these ‘bad’ bacteria. Recent studies have shown that patients with Parkinson’s and Alzheimer’s disease are deficient in these ‘good’ bacteria, so our findings may help explain that connection and open up an area of future study,” he says.

Czyz and his coauthors wanted to know if introducing certain bacteria into the C. elegans worms would be followed by protein aggregation in the worms’ tissues.

“That is, in fact, what we observed. We have a way of marking the aggregates so they glow green under the microscope. We saw that worms colonized by certain bacteria species were lit up with aggregates that were toxic to tissues, while those colonized by the control bacteria were not,” Czyz says. “This occurred not just in the intestinal tissues, where the bacteria are, but all over the worms’ bodies, in their muscles, nerves, and even reproductive organs.”

Surprisingly, the offspring of affected worms also showed increased protein aggregation—even though these offspring never encountered the bacteria originally associated with the condition.

“This is very interesting because it suggests that these bacteria generate some sort of a signal that can be passed along to the next generation,” Czyz says.

“A healthy worm moves around by rolling and thrashing. When you pick up a healthy worm, it will roll off the pick, a simple device that we use to handle these tiny animals. But worms with the bad bacteria couldn’t do that because of the appearance of toxic protein aggregates,” says Alyssa Walker, a microbiology and cell science doctoral candidate, who developed this assessment method, and is lead author of the paper in PLOS Pathogens.

“You could compare the pick to an obstacle course: just as a person with a neurodegenerative disease will have trouble getting across, the same is true with these worms, just at a much smaller scale,” Czyz says.

“The worms are very delicate, so you need a tool that won’t damage them. They are also transparent and have a simple body plan. Studies like ours are possible because these worms normally feed on bacteria,” Czyz says.

“The worms are only one millimeter long, and they each have exactly 959 cells,” Czyz says. “But in many ways, they are a lot like us humans—they have intestines and muscles and nerves, but instead of being composed of billions of cells, each organ is just a handful of cells. They are like living test tubes. Their small size allows us to do experiments in a much more controlled way and answer important questions we can apply in future experiments with higher organisms and, eventually, people.”

Currently the Czyz lab is testing hundreds of strains of bacteria found in the human gut to see how they affect protein aggregation in C. elegans. The group is also investigating how bacteria associated with neurodegeneration cause protein misfolding at the molecular level.

Czyz is also interested in possible connections between antibiotic-resistant bacteria and protein misfolding.

“Almost all of the bacteria we found associated with protein misfolding are also associated with antibiotic-resistant infections in people. However, it will take many more years of research before we can understand what, if any, connection there is between antibiotic resistance and neurodegenerative diseases,” Czyz says.

Additional coauthors are from Boston Children’s Hospital and the University of Florida.

Related
Study links body clock, gut bacteria to weight gain
New insights into how diet and medication impact the influence of gut bacteria on our health
Meet the ‘psychobiome’: the gut bacteria that may alter how you think, feel, and act
Bed dust bacteria may make babies healthier