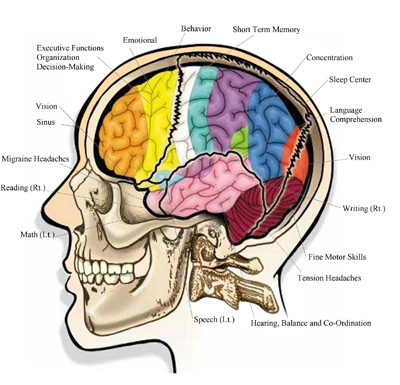 Introduction and clinical case studies for Cranial Adjusting Turner Style:
Dr.T has been a pioneer
chiropractor for 34 years. He developed the C.A.T.S. technique over a
20-year period and has been sharing it with only chiropractors for five
years.

Dr.T has been a pioneer chiropractor for 34 years. He developed the C.A.T.S. technique over a 20-year period and has been sharing it with only chiropractors for five years.

He is an accomplished speaker with appearances at Parker Seminars, Parker College, Palmer College, several state and provincial associations and at independent consultant seminars. Ask Dr.T any questions at drt@catsworkshop.com

Case Study
A 69-year-old woman from Hamilton, Ontario, drove three hours to our Barrie office desperately searching for a solution for the debilitating migraine headaches she'd been suffering from everyday for 43 years.

She had “been everywhere and tried everything”, including many different chiropractic technique,  acupuncture, massage, shiatsu, hypnosis, and vitamins without any results.

She had tried many kinds of drugs including Cafergot and Flexural, which did not help at all. Frustrated, she dragged herself from couch to bed looking for a moment’s relief from her nightmarish existence.

An examination revealed several cervical subluxations, a decreased cervical range of motion, a loss of deep tendon reflexes and muscle tension in the trapezius and sub-occipital regions.

Why Had No One Been Able to Help This Woman?
I discovered the answer when I examined her skull for misalignments and also uncovered, in her history, the bizarre incident that precipitated her problem. She had suffered a head injury during surgery 43 years ago when she fell off the operating table and hit her head on the floor.

The frontal bone had been pushed posterior and was overlapping the parietal bones. The major misalignment that was causing the migraine headaches in her right temporal area was the right lateral displacement of the sphenoid bone. The sub-occipital region was also indented on the left side and protruded on the right, causing an imbalance in sub-occipital muscle tension.

The atlas was also jammed up under the occiput. She had had the atlas adjusted many times, but unfortunately that caused more pain which often lasted for days.

Her X-Ray examination confirmed the cervical subluxations. C2 had a posterior rotation of 13 mm. C1 was displaced laterally to the right. Phase II degeneration was evident at the C5 to C6 and C6 to C7 levels. The atlas was tipped posterior/inferior and was up against the occiput.

The Treatment?
I used a special Cranial Adjusting Turner Style (C.A.T.S.) technique to release the occipital muscle tension and then obtained a good release on the jammed atlas/occiput. This enabled me to adjust the atlas, which had been stuck up under the occiput, laterally. I managed to realign the overlapping frontal bones. Lastly, I adjusted the laterality of the sphenoid.

She arose from the table in tears of joy, and hugged her husband saying "I can't believe it, the headache is finally gone for the first time in 43 years."

Discovering and developing C.A.T.S.
Twenty-two years ago one of my sons had a BMX racing accident. He got the handlebar of another racer lodged in his helmet mouthpiece, and this whipped his head around. There was a huge bruise on the side of his head, and as any chiropractic father would have done, I adjusted his atlas and C2 on the spot. When he came home from school the next day, he said to me “Dad, I am afraid that there is something really wrong with me. I cannot read or remember anything. What is going on?”

Fortunately, I had heard of Dr. Karl Ferrari D.C. in New York, who had developed Neuro Organization Technique. There were aspects of the technique which dealt with learning difficulties. With the “Whatever it takes” attitude of a concerned father, I was on a plane to New York the next weekend. I learned how to adjust the sphenoid and it took 10 days to get my son back to normal with this new approach.

I began adjusting other children with learning difficulties and got the same miraculous results.  Eventually, parents of children with a variety of special needs were coming to our office hoping that we could help them too.

One day I was asked, “Can you help my child with autism?”

My reply was, “We never know how much improvement will occur in these children, but we do know that they will be much better off with their head in the proper position. It is safe and it will not hurt them. We would certainly appreciate the opportunity to see how much we can help.”

The parents consented and we began.

With the first cranial adjustment, that child’s uncontrollable, inconsolable crying stopped. This was a tremendous relief to the parents and the rest of the family. After three weeks of adjustments the seven-year-old child had gained control of his bowel functions and had stopped wearing diapers.

The mother of this child was so impressed with the results, she invited us to lecture to her autism group.  The group consisted of the parents of 16 autistic children who all became patients. This is where we saw our first complete reversal with the use of cranial adjusting.

Next, chiropractors began bringing me their children, asking, “When are you going to start teaching this amazing technique?”

Over time, the C.A.T.S. technique was refined, expanding its scope with each new challenging case, to the point where it was, in fact, ready to be taught to others.

We now have reason to believe that we can help many more of these special needs children.

Cranial Adjusting Turner Style (C.A.T.S.) was introduced as a cutting edge development to chiropractic in 2003. Today, it is practiced by over 700 chiropractors worldwide.

The basic chiropractic principle of spinal subluxation adversely affecting the spinal cord and peripheral nerves, causing pain and malfunction, is even more evident with the brain and skull. When the bones in the skull become misaligned, the space between the skull and brain becomes compromised. This compresses the blood supply and flow of cerebral spinal fluid to the brain and can put direct pressure on the brain, causing cognitive and functional disorders as well as headaches.

Many chiropractors agree that, for optimum results, they must include the skull and brain in their treatment repertoire. The technique is easy to learn and takes only seconds to perform. The technique is only taught to chiropractors because they have the necessary palpation abilities already perfected. Furthermore, chiropractors who have implemented the technique into their clinics have stated: “The improvement we see in our patients is amazing and it has not slowed us down at all.”

Causes of Cranial Misalignments
The major cause of skull misalignments is the birth process. Since the skull is still cartilage at the time of birth, the force of the birth process can easily misalign it. The position of the fetus inside the mother can also cause problems, especially when the head is pressed up against the pelvis in such a way that an uneven amount of pressure is put on the skull.

Instrumentation such as forceps, suction, and vacuum extractors are also all common causes of misaligned skulls. Forceps deliveries almost always cause misalignments in the bones of the skull because of the enormous amount of pressure exerted on the soft skull by these hard metal instruments.

The onset of health problems may be the result of an injury to the head.  Alternately, treating the head  may be the missing ingredient to why treatment for a particular problem is not being totally successful.

•    “My injuries started at age two, when I hung myself between two steps.
•    At age ten, my brother threw a large rock and struck me in the head.
•    While ice skating I fell, striking the back of my head.
•    Other head blows from sandlot football – playing without headgear.
•    In gymnastics I fell vertically on my head, from a height of six feet.
•    I sustained a number of head blows during a brief boxing career.
•    I have broken my nose three times: playing hockey, football and while swimming.
•    The most severe injury I received was in a head-on automobile collision in     January 1950. As a sleeping passenger, I was thrown into the windshield, smashing my right frontal and maxillary area.”

Consequences:
“I have suffered from excruciating headaches, ADD and paralyzing trigeminal neuralgia since 1950. Intermittently, I have suffered constant ‘lancing’ pain on the right side of my face. This pain can be triggered by the slightest touch, making it difficult or impossible to brush my teeth, eat, or shave. This has dramatically interfered with my ability to make reasonable and intelligent decisions throughout my entire career, which has created much grief in my personal and financial life.” These symptoms had been constant for 54 years.

Treatment:
“I have been treated with a variety of approaches, including: acupuncture, homeopathic, supplements, as well as many different prescription drugs, Gamma Knife Radiation to my brain stem, three surgeries to my right mandible, and a variety of chiropractic and osteopathic techniques. None produced any results.”

C.A.T.S. Results:
“With my first four C.A.T.S treatments my symptoms were almost 100% corrected. I could eat, sleep, brush my teeth and shave with no discomfort. My head seemed to have more space, a most welcome sensation! Also, I can think more clearly. I was deeply gratified for my tremendous progress with so few treatments and to discover Dr. Roger Turner and his C.A.T.S. technique. This is the only procedure that addressed my injuries in a comprehensive manner, correcting the cause of the Trigeminal Neuralgia.”

Neurological and Circulatory Considerations
If the bones in the skull are misaligned, the nerve and blood supply passing through the foramen in the base of the skull will be interfered with. When circulation to the head is altered, it can produce excess intra-cranial pressure. It will also interfere with the distribution of nutrients and the amount of oxygen available to the brain. When the nerve supply is interfered with, alterations in function occur in such areas as the sinus, eyes, ears, and throat. Nerve interference, as you know, also produces pain. The typical migraine headache is usually caused by the sphenoid being out of place to one side or the
other.

Misalignments of the bones in the skull also cause direct pressure on the brain, which decreases the brain's ability to function. This is what causes the cognitive, communicative and behavioural problems seen in special needs children. By correcting the positioning of the skull we've been able to get outstanding results with conditions that hadn’t responded to any previous treatments.

Cranial Mapping
Extensive study has been done to identify which parts of the brain control specific functional and sensory areas. This is called cranial mapping. Areas such as: Broca’s area at the left, sphenoid, and temporal parietal junction is responsible for spoken language, and Wernicke’s Area, located in the left posterior inferior parietal region, is responsible for understanding language.

We have all seen these types of situations and have been able to help most of these patients with spinal adjustments. However, if you do not correct cranial misalignments, the conditions may never be totally corrected. Therefore, a cranial examination should be considered part of a complete treatment protocol for any of the above listed conditions.