Features Clinical Techniques
The art, science and philosophy of chiropractic: A pediatric perspective 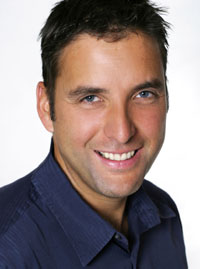 Sickness and health care are very emotional topics. During election time, health care is always the voter’s top priority. And how a candidate handles the issue can make or break that candidate.

When one is sick, feelings of vulnerability are stirred up, as is the fear of not being able to do the important things in life, such as caring for family, going to work, participating in one’s favourite hobby, even carrying on a conversation, for example. Warren Buffet has suggested that despite his enormous monetary wealth, he considers his physical health to be even more valuable. When the health-care debate involves children, the emotional level can go through the roof!  Mastering the art, science and philosophy of chiropractic can take a lifetime. Every doctor is required to have an overriding philosophy for providing care, the scientific evidence to support that care and the skill to deliver the adjustment.

Health, Chiropractic and the Pediatric Patient

Considering an intervention on behalf of a child is multifaceted, and the chiropractic approach to pediatric care should be developed with specific regard to the unique needs of children.

Part of developing a pediatric approach depends on the doctor’s view of what health is.  Health is a spectrum that runs from the need for emergency medical services to the vitalistic approach where health is defined as the optimal functioning of a person so that they may be a compassionate contributor to society.  What each person considers as optimal for themselves, and how much they give back, can vary widely.

For people who consider their role as a chiropractor to be concerned with the optimal vitalistic end, including chiropractic, is as obvious as the fact that the world is round. For some within the medical profession – especially those who, not too long ago, proposed to dictate chiropractic policy – the answer is equally obvious to exclude chiropractic care for children.  Each practitioner must determine what their definition of health is and what the desired outcome is for their pediatric practice members.

To determine the answer we must consider energy as part of the health and healing process, and we must look at the characteristics of energy. To do this we can consider Einstein’s E=mc2. The key point here being that matter is essentially energy. From a health care point of view, this was scientific confirmation that energy was an inherent factor in the organization and maintenance of matter. Disorganization of energy creates disorganized matter and leads to illness.

Chiropractic can be proud of having discussed organized energy within its founding principles as far back as the turn of the twentieth century.  Tone and magnetism were part of DD’s explanation of the working components for innate intelligence to deliver its expression within the body. Understood now as degrees of sympathetic and parasympathetic activity, these originally avant guard concepts are now, in light of greater anatomical discovery, recognized as self evident.

The contribution of quantum physics to our understanding of energy allows us to recognize how the mind and emotional state of the chiropractor play a dominant role in the patient’s improvement.

Once again, chiropractic has, as part of its historical fabric, the application of the cornerstone of quantum physics: that the intent and expectation of the observer actually shapes and creates the results. Chiropractic pioneer Dr. Jim Parker summed up the application of this principle by teaching that the chiropractor’s faith, confidence and belief in his/her product, service, or ideas determine the outcome of his/her success. It’s not the technique necessarily, but the enthusiasm and passion that the technique unlocks for the doctor.

Find your confidence and passion for chiropractic and you’ll realize the results you are looking for.

Where a chiropractor “weighs in” on caring for children is a product of his/her philosophy, perspective on science, and artistry in delivering the care. Ultimately, the practice will be a reflection of the core beliefs of the doctor. If the doctor loves to look after children, that will come across before he even touches his young patients. The fantastic thing about quantum physics is that if you work on this end of your practice the rest will follow – and that’s the big idea!

Dr. Jamie Neely is a chiropractor, writer and consultant. He currently practises in London, Ont., with his wife, Dr. Laina Shulman.

1 Comment » for The art, science and philosophy of chiropractic: A pediatric perspective