Jan. 17, Las Vegas, Nevada – Dr. Shawn Chaudary, a board-certified chiropractic neurologist, has recorded a song called The Chiropractic Anthem, and performed it, today, at Parker Seminars in Las Vegas.  The song was written in the popular music genre for motivation and inspiration, to teach patients, and potential patients, and to allow young people to connect with the profession. 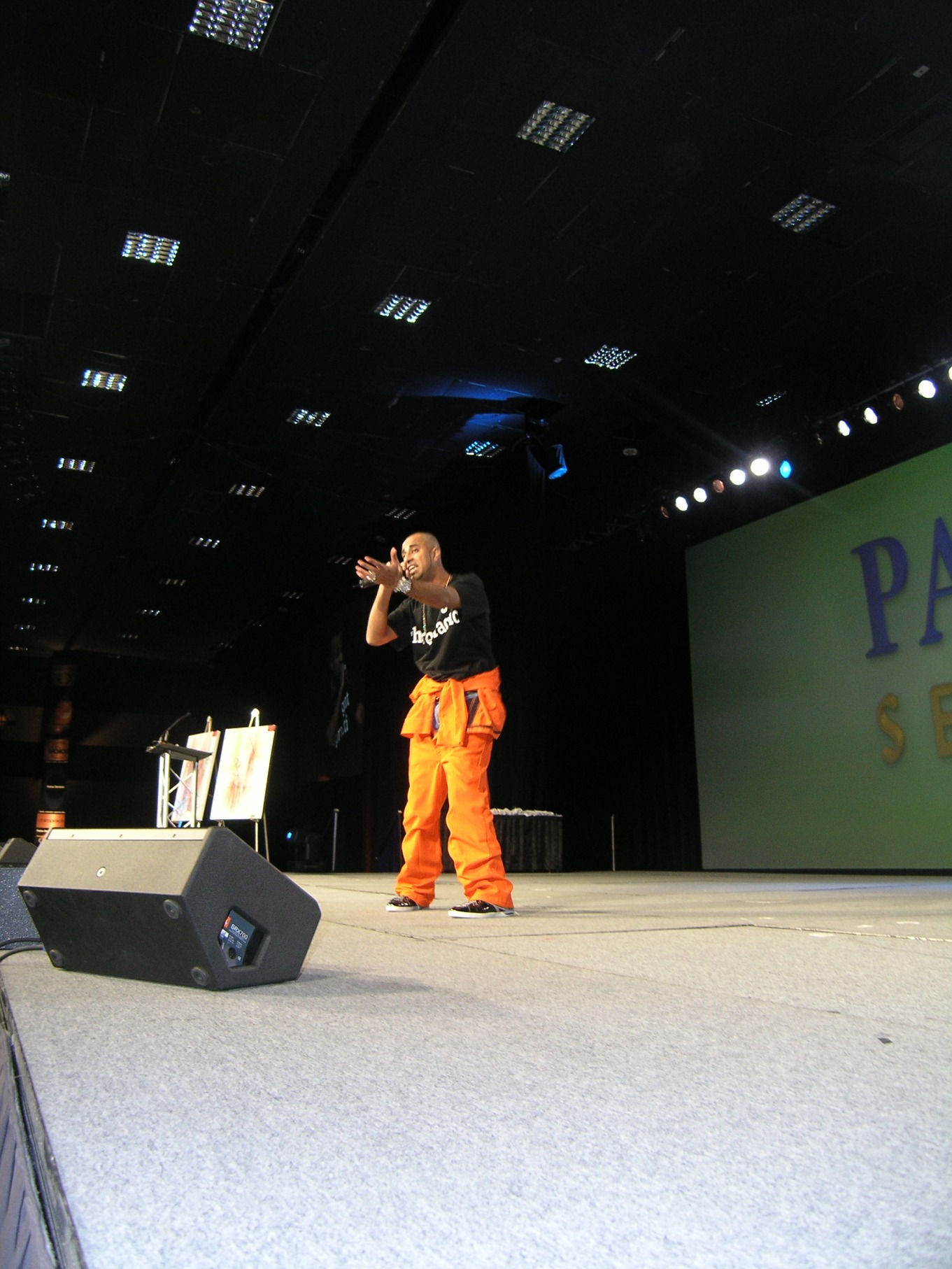 As a health care profession, chiropractic has
accomplished many great things. But, despite all the advancements within the
profession, we never seem to gain ground nationally or internationally. In
recent years our enrollment in chiropractic schools has begun to decline. Our
doctors in the field have found it harder to practice and survive. Insurance
reimbursement is in a steady decline and our privileges are being cut. Doctors
are constantly having to re-invent themselves and having to look for the next
best thing, just to hang on.

Dr. Shawn Chaudary, a board certified
chiropractic neurologist, has re-invented himself, and his passion for this
work, by recording a song called The Chiropractic Anthem. This song was written
for motivation and inspiration and was composed because Dr. Chaudary faces many
of the same challenges that all chiropractors do, on a daily basis.

The song was written and produced in the pop
genre of music to provide the appropriate influence, musically, while still
being content-based.

“It is made to represent all chiropractors,
says Dr. Shawn.  “No ‘lines in the sand’ need
to be drawn among us.”

“Furthermore, this song will speak to
patients, and potential patients, to help them understand us better. At
the same time, it will give us a national, and international, “buzz” –
something we have been so desperately seeking. The song will also allow young
people to connect with us, and not only want to attend chiropractic school, but
see a chiropractor for health and well-being.”

“This song is based on my experiences as well
as the people, and vendors, that I have utilized in my practice – nothing
more, but nothing less.”

The Chiropractic Anthem is intended as a tool
to reach patients and communities. Chiropractors, or those affiliated with
chiropractic, and/or the services that support the profession, can purchase a copy of the
song – either as a ring tone, download or CD –or can help advocate for
chiropractic by purchasing and/or selling “Chiropractic Anthem” T-shirts – the T-shirts read "United not Divided".

“Please call your local radio stations,” says
Dr. Shawn, “to request this song – provide them with a copy of it if need be.”

Dr. Shawn has participated in television and
radio interviews where he has talked about chiropractic and being a
chiropractor.  He plans to participate in
more of these – his goal is to make chiropractic a well-known health care
profession.

“It is my goal to drive more patients
into each and every one of your offices with media attention,” he tells
chiropractors.  “By supporting our cause,
you can help raise chiropractic awareness through music.”

For more information about The Chiropractic Anthem, please visit www.shawnstackz.com.

About
Dr. Shawn, a.k.a, Shawn Stackz

Born in  Oxford, England,  “Stackz” grew up in
an American military family. Eventually, he too traveled around the world with
the Air Force and lived in Saudi
Arabia during the Gulf Wars.

Stackz also joined the army branch of the military, where he attended Officers
Candidate training, and was honored as the Louisiana Battalion Soldier of the Year
in 1997. He became a doctor of chiropractic at 24 years of age, and is
currently one of 1000 chiropractic neurologists in the world.

STACKZ Entertainment was founded in 2005 by Shawn Stackz.  Stackz Entertainment  represents a
culture of unique style, freedom of speech and expression that allows artists
to exhibit their full sense of individuality and creativity.